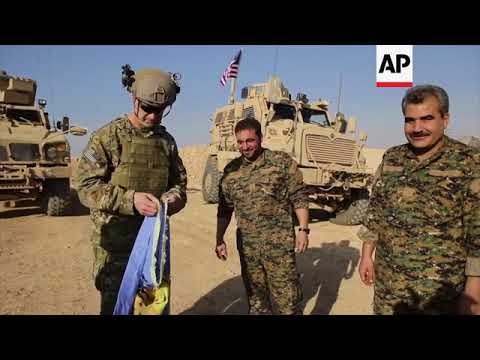 Where people live and how many of them there are constitute basic questions for any social scientist but these basics are often ignored by the writers of headlines in the press.

There is a rash of articles about how Syria’s war is heating back up. It isn’t.

The war is over for all intents and purposes, since there is no path to victory for the rebels who wanted to overthrow the government of Bashar al-Assad in Damascus. Al-Assad controls all the country’s major cities: Damascus, Homs, Hama, Latakia, and Aleppo. He always had Damascus, Latakia and the majority of Aleppo. On the back of a napkin, I’d figure 65% of Syrians live under regime control in and around these cities (i.e. around 12 million of the 18 mn. Syrians still inside the country). Another ten percent are Kurds, who inhabit three cantons in Afrin, Kobane and Jazira in the north of the country. They are not under regime control but they aren’t fighting it for the most part, either, and could be reintegrated into Syria if the central government agrees to move to a loose federalism. The 2.2 million Kurds also now effectively rule something like 2 million Arabs in Raqqa and Deir al-Zor in the east, another 11% of the population.

[A warning about maps of Syria: That dark red stretch, above is where almost everybody lives, under al-Assad control. Idlib is probably 1.5 million people but looks enormous.]

So that leaves 14 percent (roughly 2.5 million) outside both central government and Kurdish control in a few pockets– Deraa and Quneitra in the south, East Ghouta outside Damascus, and Idlib in the north. Most of the rest of Syria is either under the government or under the Kurds and their US and Arab allies.*

What’s left is the determination of the fate of the 35% (Kurdish-ruled regions plus Arab rebels). Al-Assad is determined to reconquer them all. The Russians are hoping for a less bloody path to a negotiated surrender for the mainstream of the rebels, though they agree that the extremists with links to the extremist international that also includes Chechens have to be destroyed.

The 35% who remain outside Syrian government control are mostly on the rural peripheries of the country, and their undetermined fate has invited the intervention of other powers.

The one exception here is East Ghouta, a suburb of Damascus with some 300,000 people, who are under siege and appear to have little outside support save possibly from Saudi Arabia. That they are thus exposed explains why the regime is hitting them so hard, and, indeed, committing crimes against humanity against their civilians.

The US is hoping somehow to use the Kurds to weaken al-Assad over time and also to block Iran (how this could work in practice is mysterious). The Kurds do have half of Syria’s good farmland and so are key to the country’s food security going forward.

The US strategy of using the Kurds against ISIL but also as a wedge against the Damascus government enrages Turkey.

Turkey has lost, in the sense that a) it failed to overthrow al-Assad by backing fundamentalist rebels and b) the US strategy has strengthened the Kurdish hand in the region, something of which Ankara is terrified.

In an effort to soften the blow of this double defeat, Turkey has invaded the one Kurdish canton not in the US sphere of power, intending to ensconce fundamentalist Arab Syrian fighters in a buffer zone along the Syrian-Turkish border. In essence, this strategy looks like Israeli policy in southern Lebanon 1982-2000, when the Israelis backed a right wing Christian militia on their borders while occupying the Shiites of south Lebanon. This frankly stupid strategy created Hizbullah and gave Iran an opening, developments that Israel has never ceased regretting. I suspect the same regrets will haunt Turkey for decades.

Israel is supporting the southern fundamentalist rebels in a bid to keep the Syrian government from reasserting control of its portion of the Golan Heights, half of which Israel is occupying. Israel is particularly nervous about Hizbullah establishing bases in the Golan, which overlooks Israel and so is a military danger point.

The exchanges of fire this weekend were over the future of that small but highly important southwest Front.

Russia appears to have stepped in to restrain Israel from launching all-out war after the shoot-down of its fighter jet. Russia is acting both as a regime support for Damascus and as a referee in the remaining three major rebel enclaves, with their foreign supporters. Russia appears to be in no hurry. It seems determined to build back up the capacities of the Syrian state and military, cooperating with Iran and its Shiite militias to do so. Moscow wants the al-Qaeda-linked Syrian Conquest Front (formerly Nusra) defeated, but is perfectly happy to talk to and try to negotiate with the other rebels.

That Russia is a referee on the peripheries of Syria rather than a hegemon allows low-intensity guerrilla conflicts to simmer along.

They should not be confused with a bigger phenomenon, of major war.

*An earlier version of this article misstated the percentage of the country now controlled neither by the regime nor the US-backed Kurds.