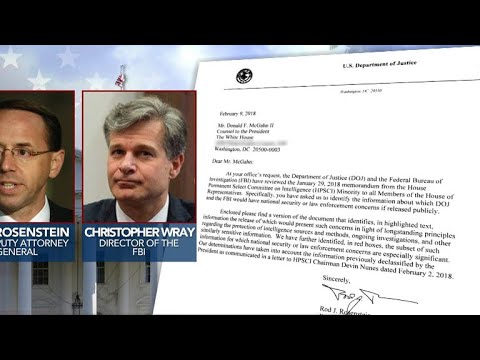 Trump’s refusal to release the response of the Democratic minority on the House Intelligence Committee to the declassified Nunes memo cherry-picking intelligence reports has been decried as a politicization of intelligence. It has been pointed out by legal scholar Laurence Tribe that Congress could in any case override Trump and declassify the Democratic response itself, if the GOP representatives wanted to. So this controversy isn’t about Trump or Nunes. It is about a Republican Party determined not to play fair.

While these analyses is certainly correct, they miss a crucial problem with our declining democracy in the United States: classified documents are inherently undemocratic and should be rare.

Some 2,000 unelected bureaucrats in the Federal government decide on which documents are classified. They have been ratcheting up the number into the millions during the past three decades. In 2014, the 2,000 bureaucrats classified 77 million government pieces of paper. Impartial outside studies conclude that 50-80% of classified documents could safely be released to the public.

Government officials have many advantages over the public they govern. They have inside knowledge and they often have longevity. Some percentage of them are corrupt. The Federal government routinely is captured by narrow corporate interests and used to advance private profit-making. The Bush Iraq War was certainly wrought up with the interests of US Big Oil. The conflicts of interest in Trump’s cabinet of billionaires would make a person’s head spin. Scott Pruitt at the Environmental Protection Agency (RIP) is single-handedly poisoning America’s children on behalf of his corporate cronies and will certainly be hugely rewarded.

Democracy in the face of this iron law of bureaucracy is very difficult. One of the few offsets that keeps it viable is constant demand for transparency from the other two branches of government. But most congressmen don’t have a security clearance and neither do most judges, and almost no social activists do.

Government officials often pull the wool over the public’s eyes by appeal to special sources of information. When Dick Cheney went around saying that Iraq was 2 years from having a nuclear weapon (it did not even have an enrichment program at that time), and he was asked if he knew something the rest of us did not, he said “probably so.” But he had pressured the intelligence community to give him the intelligence he wanted and then he used the whole secret process to bamboozle the rest of us.

The block on the Democratic memo by the Republican Congress and by the GOP president manipulates this fetish of classification to deny essential knowledge to the voting public. False news (which ironically is mainly spread around by Trumpies) is only half the problem. Lack of key pieces of information is just as big a distortion of reality. Trump is the ultimate purveyor of fake news, both because he thinks up 25 falsehoods each day before breakfast and because he is gaming the bloated classification system for partisan advantage.

The exponential growth in such hidden pieces of knowledge, generated by the government we elect and we pay for, is unacceptable. That the system should be used to shape the 2018 midterm elections is the most striking evidence that it needs a massive overhaul.