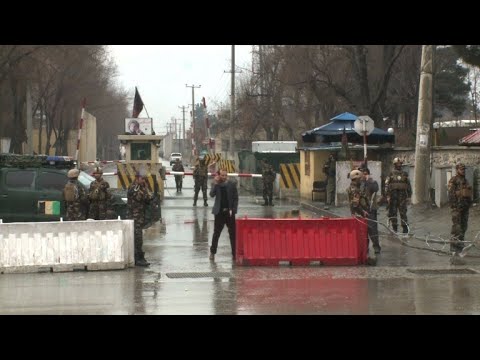 Taliban militants have attacked an Afghan army post and killed 18 government soldiers, the defense ministry said Saturday, while a suicide bomber in the capital killed one person and wounded six.

Violence has intensified in Afghanistan since U.S. President Donald Trump unveiled a more aggressive strategy in August with U.S.-led forces carrying out more airstrikes and the Taliban responding with bombs, ambushes and raids.

Militants attacked a government army post overnight Friday in the western province of Farah, a Ministry of Defence spokesman said.

“A large number of Taliban attacked an army outpost and we lost 18 soldiers and two were wounded,” said the spokesman, Dawlat Waziri.

Waziri said he had no more details of the attack. The Taliban claimed responsibility and said two of their fighters were killed.

The bomb in Kabul Saturday near the headquarters of Afghanistan’s NATO-led mission was the latest in a spate of attacks in the city in which hundreds of people have been killed and wounded.

The capital has been on high alert since a Taliban suicide bomber blew up an explosive-packed ambulance on a busy street on Jan. 27, killing more than 100 people and wounding at least 235.

AFP: “At least 23 killed in multiple attacks in Afghanistan”