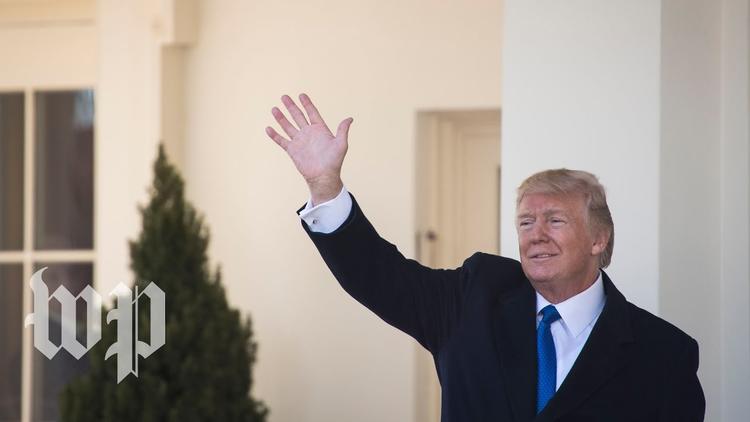 Since Trump has decided that declining to clap for him is a form of treason, and only dictators in banana republics use that sort of diction, perhaps it is time to start speaking of the Trump regime rather than administration.

And that regime rode to power (to the extent that it had a legitimate electoral victory) on the basis of economic discontents. The economic crash of 2008 and the weak recovery thereafter left millions of working Americans behind. The opioid epidemic and the increased rate of death among the white working class are symptoms of this downward mobility. Trump made those people a lot of promises. He has broken all of them.

1. Trump kept touting the run-up in the stock market during the first year of his regime. Presidents don’t have that much to do with the stock market. Fed policy (setting interest rates e.g.) and economic facts (inflation, productivity) are much more important. It may be that investors were encouraged to put money into it by the prospect of lower taxes on the wealthy, a pledge on which Trump did make good. But in the absence of an increase in productivity, such irrational exuberance can be merely a form of inflation. And so it was. On Friday and Monday the stock market suffered its biggest loss ever, 8% of its value–a fall of 2100 points. All the added value of the first year of Trumpism was wiped out. If you live by the stock run up you die by the stock market crash, and Trump has egg on his face.

2. Trump promised 3% growth in the gross domestic product. Economists think an average growth of more than about 2% a year is hard for a mature economy like that of the US to achieve. In 2017, the economy grew 2.6%. Obama had several years in that range (2.5% in 2010, 2.4% in 2014, 2.6% in 2015). The average rate of growth from 2010 when Obama’s fiscal stimulus reversed the Bush Crash of 2008-09 to 2016 was 2.08%, which is par for the course. (All of the 2017 gains in the finance sector, about 20% of the economy, have just been wiped out, so last year’s figures are less meaningful). That the Trump years will see an average gross domestic product growth significantly different from the 2% a year average of the post WWII period is highly unlikely.

3. Only a significant increase in worker productivity would change this equation, and despite the internet and electronics revolution, US productivity has cratered since the Bush Great Recession to only 1.1% increase per year. Productivity is typically tightly associated with technological innovation. It last spiked in the Bill Clinton years, 1995-2000, likely as a result of economic efficiencies gained from the internet and digitization. For whatever reason, once those efficiencies were realized, the growth spurt ceased. The Trump regime is massively slashing government funding for basic research in key fields such as renewable energy, and has attacked universities and the liberty of movement of scientists and engineers. It is therefore likely that Trump will send the US economy into a long-term low-productivity era and era of fewer technological innovations that will significantly erode its standing among world economies, especially in comparison with Europe and China.

4. The Trump tax slashing bill moved $1.5 trillion from the middle classes to the super-wealthy, drastically reducing government services for most people while further enriching the very wealthiest. Since a tax cut on the rich removes revenue from the government, the result has already been a projected $1 trillion spike in the budget deficit this year (an 84% increase!). We suffered for 7 years with the Tea Party telling us that the budget deficit was the biggest issue in the world and we don’t have money for medicaid and social security and family assistance and assistance to children and children’s lunches. (Somehow they never thought we didn’t have money for our 6 standing wars abroad). Now that the Tea Party has the Great White Hope in the White House, all of a sudden a $1 trillion deficit in a single year is no big deal, if only the $1 trillion is left in the pockets of Scottish-Americans, English-Americans, German-Americans and best of all Norwegian-Americans.

5. An enormous tax cut on the rich (it was mainly on the rich, folks, and the one thing Speaker Ryan got right is that most people will see $1.50 a month of it) contributes to rising income inequality. The top 1% already was taking home 21% of the country’s national income every year. Now it will go on up to a quarter. That roughly 3 million people getting a fifth of the income produced by 320 million. Obviously, the bottom 45 million get almost none of it. High rates of economic inequality have been found by economists to track with low rates of economic growth (this statistic helps explain why Brazil has such difficulty breaking out of being a “future” economic player). A study of OECD economies showed that:

“The results show that the impact [of increased economic inequality] is invariably negative and statistically significant: a 1% increase in inequality lowers GDP by 0.6% to 1.1%. So, in OECD countries at least, higher levels of inequality can reduce GDP per capita. Moreover, the magnitude of the effect is similar, regardless of whether the rise in inequality takes place mainly in the upper or lower half of the distribution.” [Emphasis added -JC]

If the results of this study hold, what the Republicans just did with their tax bill is to doom the US to lower long-term rates of economic growth, which means in turn that long term prospects for higher real wages are dim. Add to that the assault on spending on basic research and on universities, and the full extent of the damage Trump is doing is hard to over-estimate.