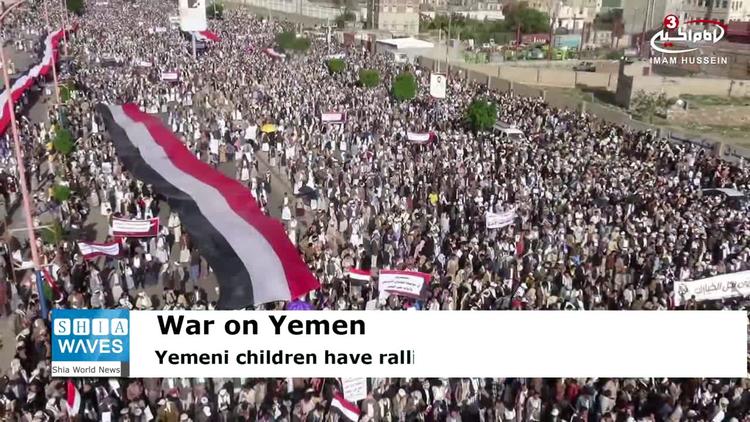 The US-backed Saudi-led war on Yemen is keeping two million children out of school (Yemen is a country of 27 million). Worse, schools and schoolchildren have repeatedly been struck from the air by Saudi, UAE, Moroccan and Jordanian pilots using American-supplied planes and bombs, in a campaign backed by Washington and the Pentagon and the United Kingdom. The US military supplies logistics, refueling and targeting advice to the aggressors.

Just for one of many possible examples, in August of 2016, a Saudi or allied bomb hit a Yemeni school, killing 10 and wounding 28. Although these children were not Floridians, they were human beings and deserved to be mourned more widely than they were. US television news virtually ignores the US-backed war in Yemen and I’d wager most Americans have never heard of it. The dead children were between 8 and 15 years old. They were from the desperately poor Saadeh district in the north, which the Saudis have been trying to reduce to rubble in their Wahhabi war on the Shiite Zaydis.

This goes on all the time. The US is backing the airstrikes. It isn’t even a controversy.

One in three targets hit by the Saudi coalition has been civilian in character, according to the Yemen Data Project.

Then you have the Russians, who have been heavily and indiscriminately bombing Syria since 2015, and have been helping the Syrian air force do the same You almost never see a denunciation of the Russian carpet bombing of Syria in the West except from Turkey and the Middle Eastern religious right or from the US Neoconservatives. But folks these are children. It isn’t ideological. Like Putin, don’t like Putin. His Aerospace Forces should not be dropping bombs on civilian areas. And yes, the US did this all the time in Iraq, and intensified it during last year’s Mosul campaign. My kindergarten teacher told us that two wrongs don’t make a right. Didn’t yours?

Late last year, the Russian and/or Syrian air forces hit a “makeshift school” in Eastern Ghouta, a stronghold of the Saudi-backed Army of Islam fundamentalists who sometimes shell nearby Damascus. The previous year, Russian and Syrian air strikes hit a residential and school complex in Idlib Province, which is under the rule of the al-Qaeda-linked Syrian Conquest Front (formerly Nusra Front). HRW reported it as a war crime: “On a clear morning, warplanes attacked a large school compound while class was in session, and kept on bombing while children and teachers tried to flee,” said Bill Van Esveld, senior children’s rights researcher at Human Rights Watch. ”

In one six-month period, it was estimated that Russian airstrikes killed 2,000 civilians. That’s a lot of innocent people to die. Noncombatants. Some were schoolchildren.

After World War II the world forged the Geneva Conventions to attempt to outlaw the most horrid excesses of the Axis powers. International human rights law has proceeded with further treaties and instruments.

But the world of the early 21st century seems on a bizarre course to reenact the 1930s and 1940s, with the rise of far right mass parties and a cavalier insouciance toward brazen war crimes. Against children.

Of the six million Jews murdered by the National Socialists in the 1940s, Anne Frank is among the more famous. Surely it is in part because she was a child. A schoolgirl.

The world is back to killing schoolchildren in a paroxysm of hatred. War may sometimes be necessary and legitimate, but there is no excuse for indiscriminate bombing that puts children at undue risk. Win your war some other way. And while there are legitimate reasons for gun ownership, for congressmen and senators to run interference for 10 gun manufacturers to make sure their sales are in no way hindered is also a sort of war crime.