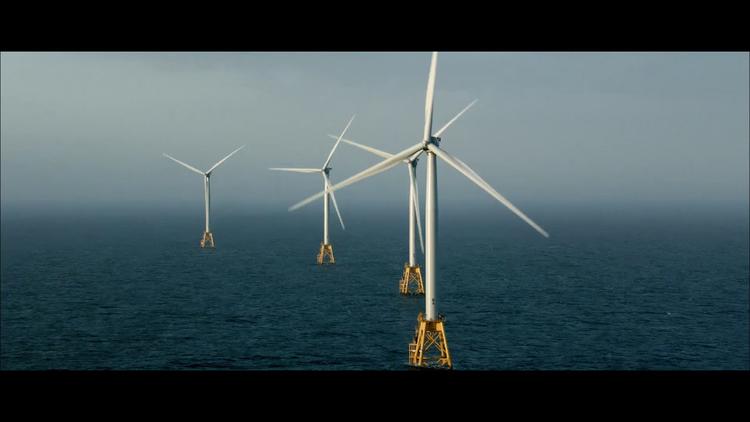 The “Sustainable Energy in America Factbook” finds that renewable energy (including hydro) was up 14% in 2017, bringing the renewables total in US electricity generation to an unprecedented 18%– twice as much as in 2008. And in 2008 renewables were almost all hydro. The rapid growth of renewable electricity generation and the decline of coal and even, slightly, of gas, took place despite a Trump administration determined to put its thumb on the scale for coal and other fossil fuels.

Some of the increased renewable energy, admittedly, came about because of a lessening of the drought in the West, which increased hydro-electric generation. But “Non-hydro renewables continued to represent the largest share of all U.S. new installations, hitting roughly 62% in 2017,” the report found.

The most important single number for human welfare is now the amount of carbon dioxide that a country farts out every year. That number tells us how bad the climate change catastrophe will be. Like hurricanes or earthquakes, climate change should be given scaled numbers. We’re looking at category 1 change now, which is bad. But if we don’t quickly curb emissions we’ll be looking at category 2 change. And if we go on like we are, we’ll be looking at a category 8 change, which is like a category 8 earthquake or a category 8 hurricane. Unlike the case in most earthquakes and hurricanes, how bad the climate change will be depends entirely on you. When you drive your gasoline car to work or you put on the air conditioning in your house burning coal to make the electricity for it, you are driving us toward category 8 climate change. That one won’t be pretty. Climate change involves rising sea levels, coastal erosion and storm surges, more intense hurricanes, risk of increased long-term drought in some areas, wildfires, and other unpleasantness.

Reducing emissions and limiting climate change to a Category 1 would actually save corporations a lot of money. Major corporations saved $14 billion in 2017 by reducing their carbon dioxide output.

US greenhouse gas emissions actually fell in 2017, down 1.4% year-on-year. A lot of these carbon reductions came in the electricity sector, and most of the savings were from increased wind and solar and from reduced electricity use, not from switching from coal to gas as in the past.

Because of the renewables surge, the US very likely will meet its stated Paris Agreement targets of CO2 emissions 32% below 2005 levels by 2030.

One unexpected piece of good news was that US electricity use actually declined slightly, despite continued population and economic growth, proving that we can do more with less if we are of a mind to. Last I knew, 25% of US buildings lacked insulation, and just putting it in would vastly reduce electricity use.

The transportation sector is now overtaking electricity generation as a source of toxic greenhouse gas emissions. This fact points to the need for consumers to use more public transportation, move to cities close to their work and shopping, and if they must have a car, buy a Chevy Bolt, Nissan Leaf, Tesla 3 or other electric vehicle.

Despite quixotic Trumpism, coal’s decline will accelerate in 2018, given that owners of coal plants announced last year that they would retire installations generating 12.5GW this year. These closings are very good news, since coal is the most polluting of the fossil fuels and the one that when burned puts most carbon dioxide into the atmosphere per watt of electricity generated.

Natural gas prices were up 18% last year, which gave wind and solar an advantage, since their installation prices keep falling and once they are installed the fuel is reliably free.

Americans spent less on electricity last year but they spent more on gasoline and other vehicle fuels. Obviously, people who absolutely must have a car should buy a Chevy Bolt or Nissan Leaf or Tesla 3 or other electric vehicle and save even more money on fuel (if you are a homeowner and combine an EV with solar panels on your roof, both are paid off even more quickly, typically in only 6 years, and your fuel from sunshine is free if you charge during the day or have a Tesla Powerboard battery).

Politicians who promise you more jobs but want to punish solar and wind in favor of fossil fuels are lying to you. The jobs are green.