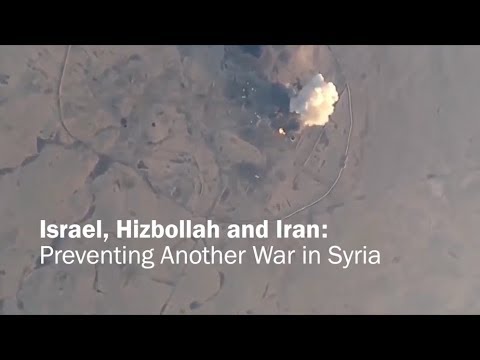 Syrian anti-aircraft batteries scored a rare shoot-down of an Israeli F-16 late Saturday morning local time. It is being alleged by a whole range of analysts that this shoot-down could not have happened without Russian help. It required that the anti-aircraft personnel break Israeli radar jamming. Since Russia supplies Syrian anti-aircraft weaponry, and Russian technicians maintain it and train their Syrian colleagues, a Russian hand here is highly likely. 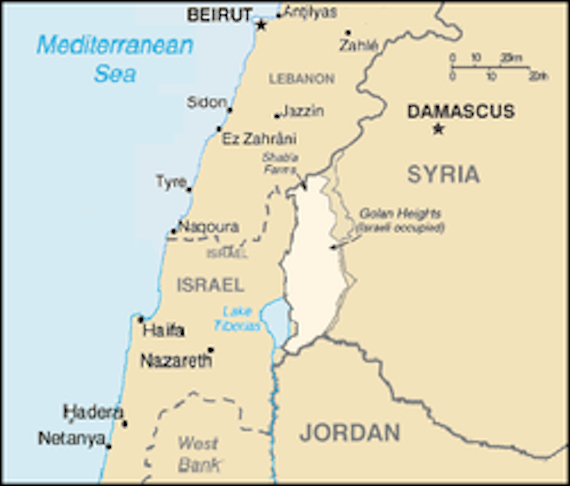 Israel has been attempting to inflict attrition on Iranian activities in southwestern Syria, as Maysam Behravesh reported for the Cairo Review of Global Affairs. These include transferring weaponry to Lebanon’s Hizbullah and the establishment of small facilities for the Iranian Revolutionary Guards Corps in the Damascus region (the IRGC is said to have 2,500 personnel in Syria, mainly in an advisory capacity). The Iraqi Nujaba Party of God, a Shiite militia, is also active in Syria and is dedicated to the liberation of the Occupied Golan Heights.

At the same time, the Israelis took advantage of the Syrian revolution and the establishment of rebel positions in Quneitra Province (the Golan Heights and points east) to give support to the rebels, including the al-Qaeda-linked Nusra Front (Syrian Conquest Front). Gradually this Israeli-rebel nexus has produced what the Israelis call a “safe zone” abutting their occupied territory on the Golan, as Nour Samaha reported for the Intercept last month. Its purpose is to keep Hizbullah and Iran out of Quneitra and away from the Israeli border.

The current hostilities began when Iran is alleged to have launched a drone from Syrian Quneitra to track or target fundamentalist rebels in the Golan region backed by Israel. The Israelis shot down the drone and then launched an air raid. That was when Syria-Russia stepped in to shoot down the plane.

Israel dispatched an army helicopter to rescue its two pilots, who had ejected safely.

The Israelis claim to have launched several follow-up strikes against Iranian positions in Syria, and the Israeli cabinet met Saturday morning to consider further action.

If Russia was involved in the shoot-down, it may be a sign of Vladimir Putin’s growing determination to assert the prerogatives of the Russian sphere of influence in Syria. That sphere is being challenged by Israel in the southwest, Turkey in the north, and by the United States in the east. The targeting of the Israeli F-16 may in part have been intended to signal to Turkey and the US that intervening in Syria is going to be associated with heightened costs.