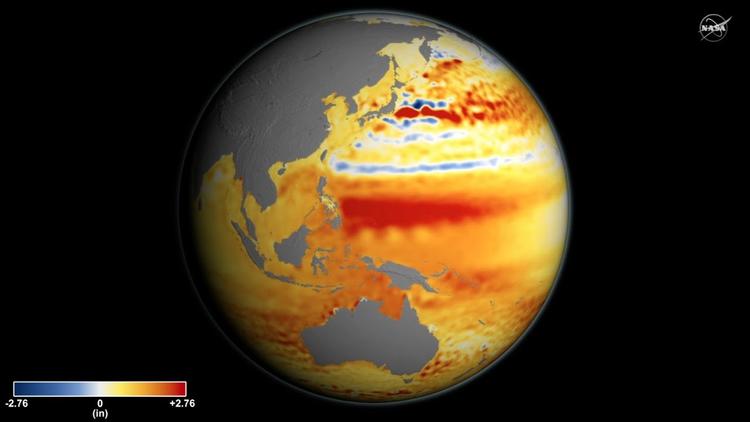 The rise in global sea levels has accelerated since the 1990s amid rising temperatures, with a thaw of Greenland’s ice sheet pouring ever more water into the oceans.

Sea level rise is accelerating and could reach 66 centimeters by century’s end, in line with United Nations estimates and enough to cause significant problems for coastal cities, a study found Monday.

The findings are “roughly in agreement with the Intergovernmental Panel on Climate Change (IPCC) 5th Assessment Report (AR5) model projections,” said the report, based on 25 years of satellite data.

“This acceleration, driven mainly by accelerated melting in Greenland and Antarctica, has the potential to double the total sea level rise by 2100 as compared to projections that assume a constant rate — to more than 60 centimeters instead of about 30,” said study author Steve Nerem.

“And this is almost certainly a conservative estimate,” added Nerem, a professor of aerospace engineering sciences at the University of Colorado Boulder.

Co-authors on the study came from the University of South Florida, Nasa Goddard Space Flight Center, Old Dominion University and the National Center for Atmospheric Research.

A rise in sea levels will threaten low-lying coasts from Miami to Bangladesh, cities from Shanghai to San Francisco and small island states such as Tuvalu in the Pacific.

For one, higher concentrations of greenhouse gases in the atmosphere boost the temperature of water and warm water expands.

This so-called “thermal expansion” of the oceans has already contributed about half of the seven centimeters of average global sea level rise in the past quarter century, Nerem said.

Oceans also rise with the increasing flow of water due to rapidly melting ice at the poles.

“This study highlights the important role that can be played by satellite records in validating climate model projections,” said co-author John Fasullo, a climate scientist at the National Center for Atmospheric Research.