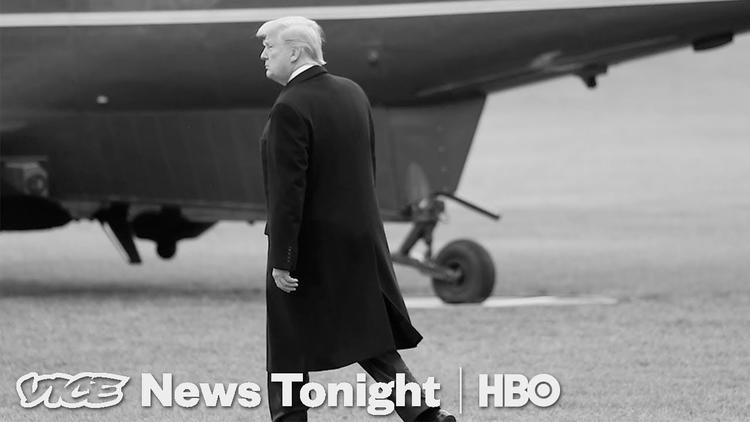 The confident pronouncements by pundits and politicians that the Nunes memo is a dud, dead on arrival, neglect to consider the main tactic of the Republican right wing for some time now. It is a conspiracy theory, and conspiracy theories carried Trump to the White House and many Republicans into Congress or state legislatures.

Nunes cherry-picked intelligence reports to arrive at a narrative whereby the Obama FBI bamboozled FISA judges into letting them spy on Carter Page, a Trump campaign official with strong ties to Moscow. The FBI succeeded by carefully concealing from the judges a key fact: that their whole investigation was provoked by the Steele Dossier, opposition research conducted initially at the behest of Republican rivals of Trump and then taken over by the Clinton campaign.

Nunes aims at implicitly tainting the Steele dossier itself (gathered by an ex-MI6 operative with extensive Moscow contacts) and also the whole FBI investigation to which it gave rise, including the efforts of Special Counsel Robert Mueller.

One of Nunes’s key charges is that the Justice Department did not tell the FISA judges that the impetus behind the investigation came from documents generated by political forces (i.e. by the Clinton campaign’s quest for oppo research). This charge is untrue, according to what Justice Department sources told the Washington Post.

But these flaws–that the Nunes memo commits many sins of omission and makes false charges–do not in and of itself make it a dud.

It is intended to create a national conspiracy theory. Nunes and Trump know that Rupert Murdoch’s lying Fox Cable News will be happy to become The Nunes Memo Network 24/7. They know that Sinclair radio stations (which have virtually taken over radio news nationally) will play it up big time. They know that NewsMax and Breitbart and other right wing webzines will beat this drum continually. They know that YouTube celebrities with millions of followers such as Alex Jones will spread the word of the perfidy of the FBI, or the “Kenyan FBI” as they likely will call it.

They already have 36% of voters and just need to create doubts in or support for Trump in 15% of voters who are independents, and they keep winning politically.

That Nunes and Trump are aiming for a viral conspiracy theory is the reason for which they rushed to release this Republican memo from the House Intelligence Committee (an oxymoron if there ever was one) while delaying the Democratic minority response. For both documents to come out on the same day would have interfered with messages and created doubts about the cleanness of the narrative. As it is, the Nunes document now has a week in which it reigns supreme and can be established as a canon

Trumpism rides on conspiracy theories. Breitbart and Wikileaks turned Hillary Clinton and her campaign manager John Podesta into participants in the satanist ritual of “spirit cooking.” The TrumpNazis also alleged that Hillary Clinton is a pedophile and engaged in trafficking children via a pizzeria in Washington, DC.

These conspiracy theories about Clinton were ignored by the journalistic establishment, and rightly so, but it is possible that they played a key role in Trump’s election victory. They served to depress voting for Clinton among less educated working class voters, ordinarily a crucial Democratic Party demographic.

Although the internet is great at shooting down fallacious arguments, its corrective effect can only work if people don’t stovepipe. But they do. Conservatives and liberals don’t read each other any more, creating an echo chamber in which rumor and innuendo fly without check or hindrance. The irony of Trump’s “fake news” meme is that he deploys it to sideline responsible, fact-checking journalism in favor of his conspiracy theories. NBC news is fake news, he says. Alex Jones is the soul of upstanding journalism.

The failure of most analysts to reckon with this new information architecture, which allows conspiracy theories to flourish and become consequential, makes them overconfident about being able to destroy memes through fact-checking. Research shows that people with idees fixes don’t change their minds just because they are presented with factual information that challenges them. In fact, they dig in. Thus, by the time the minority Democratic report comes out, many Republicans will be so wedded to the Nunes narrative that it will be very difficult to dislodge their certainty.

VICE News: “How The Nunes Memo Is A Danger To Democracy (HBO)”