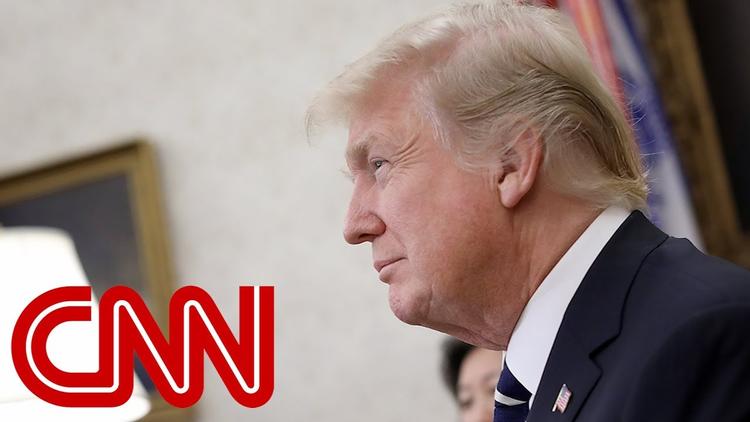 The frenzy over the Nunes memo, likely to be released later today by the Trump administration, contains a profound hypocrisy at its core, one that points to the rot at the core of the American government.

The Republican conspiracy theory promoted by Nunes is that the Federal government over-reached in spying on the Trump campaign.

On January 18, Republican-dominated the Senate passed a law extending National Security Agency and other agencies’ prerogative of warrantless spying on Americans for another six years. The unconstitutional and illegal practices of Federal agencies had been exposed by Ed Snowden, who may as well not have bothered. FISA section 702 lets Federal agents snoop on your Facebook posts even if you marked them as only for friends, and God forbid that you should email a friend in Sweden, since they can read that one too. In fact, since email traffic typically bounces around the world before being delivered, the law lets the government basically read all Americans’ correspondence all the time.

There is no evidence that this vast surveillance apparatus has thwarted any significant terrorist plot, since 320 million Americans are not terrorists. The surveillance is being used to advance the careers of government agents by illegally obtaining information about things like drug use, or it is used for economic espionage. The law turns Federal agents into criminals.

Who voted for warrantless surveillance of Americans? Devin Nunes and his whole committee. Almost the whole of the Republican majority in the House of Representatives and the Senate, with the exception of Libertarians like Rand Paul. Not to mention Democratic stalwarts Diane Feinstein, Mark Warner, and Claire McCaskill.

And Donald J. Trump signed it!

This law is unconstitutional on the face of it, but the Federal government cleverly avoids allowing it to come before a Federal judge by not telling the people whose rights are being violated who they are. Secretly, law enforcement is using the surveillance to bust petty marijuana distributors in Colorado and California and then lying to the judges about the evidence trail. The law is subverting the entire justice system. The GOP desperately wants it. But they don’t want their guys to get caught up in the surveillance.

So now they are squawking. Too bad.

The tendency of Democrats suddenly to lionize former FBI director James Comey because he was fired by Trump, and Comey’s own posturing as a civil libertarian, is part and parcel of the hypocrisy. Comey supports warrantless searches and tried to strong arm Apple into letting every 15 year old hacker in Eastern Europe get at your iPhone just so the FBI could, as well. But at least Comey is consistent.

Securing the Fourth Amendment of the US constitution was one of the reasons for which Americans made their revolution against the British monarchy.

When they defeated the red coats, they put the Fourth Amendment into the Constitution, which says:

“The right of the people to be secure in their persons, houses, papers, and effects, against unreasonable searches and seizures, shall not be violated, and no Warrants shall issue, but upon probable cause, supported by Oath or affirmation, and particularly describing the place to be searched, and the persons or things to be seized.

I wrote a few years ago, after the Snowden revelations,

“The most important 18th-century precedent in English law for our Fourth Amendment is Entick v. Carrington of 1765, in which Lord Halifax, acting for the king, sent agents into the home of John Entick on a fishing expedition for papers and documents that criticized the king. This Revolutionary War site notes:

“During the trial, Entick charged that the entire search and seizure had been unlawfully conducted, and the Court agreed. The Court said that Lord Halifax had no standing to issue the order to search the premises, that probable cause that a crime had been committed had not been demonstrated and that the warrant allowed a general confiscation of anything the officers found, not specifying exactly what they were to look for or could seize. In addition, there were no records kept of what the officers seized.”

In the New World, however, colonial authorities ignored this important case and began issuing what were called “writs of assistance,” a kind of blanket search warrant that allowed the crown’s tax authorities to try to combat smuggling by indiscriminate search and seizure. (We would now call them “National Security Letters.”) Attorney James Otis took the case of 50 merchants who sued the British crown over these overly broad warrantless searches, and his powerful speech condemning these practices was heard by John Adams, who considered it the spark that led to the American Revolution.

George Mason’s Virginia Declaration of Rights of 1776 forbade these writs of assistance. Thomas Jefferson depended heavily on that document when he authored the Declaration of Independence. When he talks about “Life, liberty and the pursuit of happiness,” one of the things he means by liberty is that the government shouldn’t be able to snoop at will through your private letters.

The sentiment against warrantless searches and overly broad writs of assistance was put into the constitution by James Madison, with what became the 4th Amendment.”