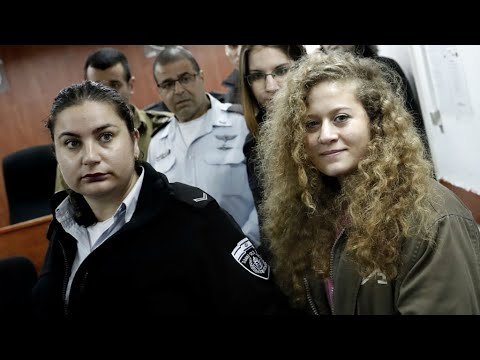 Silverman, who is of Jewish heritage, became the latest high-profile U.S. celebrity to lend her support to the imprisoned Palestinian girl.

“Jews have to stand up EVEN when — ESPECIALLY when — the wrongdoing is BY Jews/the Israeli government,” Silverman, who supported progressive U.S. senator Bernie Sanders for president, wrote in a tweet in which she shared a link to Amnesty International’s campaign calling on Israel to free Tamimi.

Ahed was arrested and indicted on 12 charges including assaulting an Israeli soldier and throwing stones after a video of her slapping a soldier in her home’s yard went viral. It was revealed later that the Palestinian girl was upset after soldiers had shot her 14-year-old cousin in the face a day earlier.

The strong-worded appeal by Silverman comes days after a military court barred the media and public from attending Tamimi’s first hearing earlier this week. Ahed was arrested in December and has been denied bail by the presiding judge. Israel tries most Palestinians, including minors, in military courts which have a conviction rate of more than 99 percent.

Her arrest and trial have been harshly criticized by many human rights organizations in Palestine, Israel and the world including the United Nations. Also many celebrities, academicas, actors and artists from around the world have come out in support of the iconic teen over the past few weeks.

Earlier this week more than two-dozen high-profile art and film figures, as well as athletes and academics, from the U.S. signed a letter calling for Ahed’s release in which they compared the jailed teen to slain Black teen Trayvon Martin.

Over the years Ahed gained international attention for her brave actions against Israeli occupation forces during protests and clashes in and around her village. In 2015 a video of her, along with female members of her family, went viral showing her fighting an Israeli occupation soldier who was pinning down her 12-year old male cousin.