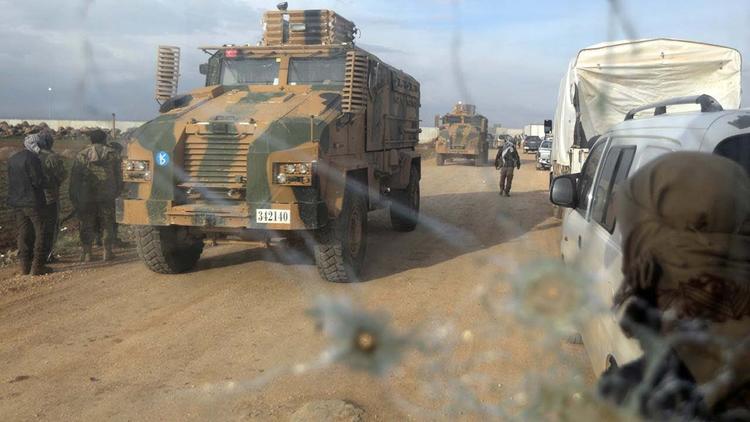 Rumors swirled on Monday that the Democratic Union Party in the Kurdish enclave of Afrin in northern Syria had made an agreement for Syrian government troops to come defend them from the current Turkish assault on them .

Reports were circulating (some of them from the unreliable Russia Today Arabic) that some pro-al-Assad militias (these are typically Lebanese or Iraqi Shiites or Iran-backed Afghans) were coming up to Afrin to support the Kurds and engage in guerrilla warfare against invading Turkish troops.

The reports enraged the Turkish government, which has invaded Syria to quash the Kurdish YPG (People’s Protection Units) militia in Afrin, which has some 500,000 Kurds. The deputy speaker of the Turkish parliament threatened Damascus with “catastrophe” if it dared try defend Syrian territory from the Turkish incursion.

The Turkish assault is aimed at halting growing Kurdish power in northern Syria and to spike American plans to support a Kurdish police force of some 50,000 men, which the Turks see as a dire threat. Ankara considers the YPG to be a branch of the outlawed Kurdistan Workers Party (PKK), which Turkey and the US view as a terrorist organization. Turkey and the US differ over the YPG, however.

Secretary of State Rex Tillerson had a marathon 3-hour meeting with Turkish President Tayyip Erdogan this week, without the benefit of a State Department interpreter, but the outcome of these talks is unkown.

The rumors were denied in several quarters on Tuesday.

A Berlin spokesman for the Democratic Union Party denounced the al-Assad regime in Damascus as just as repressive as the Turkish government in Ankara and questioned that any accord had been reached.

The Syrian government, run by the Baath Party, has since the 1960s had an Arab nationalist cast that has tended to make Kurds second class citizens or even to withdraw citizenship from them. Arabness is defined as speaking Arabic as one’s mother tongue, so it is a form of linguistic nationalism. Kurds speak Kurdish, and Indo-European language related to English and Persian, as their mother tongue, though Syrian Kurds are bilingual in Arabic. The question raised by the civil war that began in 2011 is whether the Damascus government can evolve into, or be switched out for, a government of all the Syrians–Christians, Alawis, Sunni Arabs, Kurds, etc. rather than for Arabs alone, with a bias toward Alawi Shiites. Ironically the Turkish invasion could increase pan-Syrian nationalism.

The paramilitary of the party in Afrin (the People’s Protection Units or YPG) said that they had simply called for Syrian troops to come up to defend the Syrian border, not to coordinate militarily with the militia in Afrin city itself.