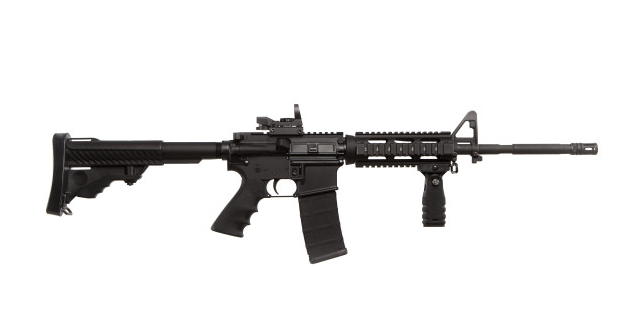 A mass shooting created real reform Down Under — and strict gun control has worked.

Progressives aren’t supposed to say this. But none of the major gun control proposals now being debated in Washington would actually stop mass shootings. I know that sounds heretical, or even worse, like an echo of the National Rifle Association line. But it’s true. 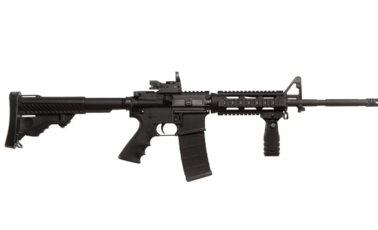 An AR-15 style assault rifle, perfectly legal in the US

Ban sales of AR-15 and other assault rifles. Assault rifles are deadly. But other semi-automatic weapons, which would not be banned, are just as dangerous. And even if all semi-automatic rifles were banned, Americans still have access to plenty of deadly ordinance. In

Require gun purchasers to be 21. Ask any teens who have had an adult buy them bottles of alcohol how well that works. In a number of recent shootings, young teens stole guns from their parents’ gun cabinets.

There’s a fundamental flaw in gun reform laws currently under consideration. America is flooded with firearms. Potential mass murderers have access to tens of millions of legal and illegal guns. The spousal abuser or the psychopath can find a very deadly weapon with relative ease. So even the most positive, partial reforms won’t solve the problem.

Don’t get me wrong. I support significant reform measures — but for political reasons — not because they will have much immediate impact. The NRA’s stranglehold on US politics must be broken. Oregon took a good step recently by prohibiting domestic abusers and those subject to restraining orders from owning guns. Banning assault rifles and high capacity magazines would definitely weaken the gun lobby’s power.

And I think it’s time Americans seriously consider gun reform that would actually stop mass killings. Australians did it and so can we.

The US and Australia share some common history. The British sent settlers to occupy colonial land, although the Australians had to get out of prison first. Both countries encouraged gun ownership by white settlers, Rebecca Peters, a representative of Australia’s International Action Network on Small Arms, told me. “Early settlers depended on killing animals and the indigenous people who lived there before.”

And in modern times both countries had strong gun lobbies paid for by firearm manufacturers. The Australian gun lobby had blocked effective gun control at both the federal and state levels.

For Australians, everything changed on April 28, 1996. That day a young curly haired, blond man brought an AR-15 and another semi–automatic rifle to the popular tourist town of Pt. Arthur in southeastern Tasmania. He fired randomly, killing 35 people and wounding 18. The massacre of men, women and children shocked Australians much like the Parkland, Florida impacted Americans.

But the Aussies did something about it.

Just 12 days after the shooting, conservative Prime Minister John Howard brought together legislators to pass comprehensive, national gun control laws. But what appeared to be a legislative miracle was actually the culmination of years of grass-roots efforts.

Local activists and public health professionals had been educating the public since the late 1980s, said Peters. They found a sympathetic audience among trade unionists and some Labor Party politicians. “We built a solid grassroots movement,” she said. “We didn’t just leap into tragedy mode after a shooting.”

Activists called for universal gun registration, and it was just as controversial in Australia as in the US. The gun lobby argued that the government would confiscate everyone’s guns.

Simon Chapman, emeritus professor in public health at the University of Sydney, remembers the most effective argument gun reform campaigners made on that topic.

“We register cars,” he would say. “We register boats. We even register dogs. So what’s the problem in registering guns?”

So in the spring of 1996, the federal parliament passed a comprehensive measures that included:

All semi-automatic rifles and pump action shotguns were banned, as were high capacity magazines.

The government purchased existing firearms that had been banned, paying retail plus 10 percent.

All firearms were registered and new buyers were required to prove a “genuine reason” for gun ownership such as hunting or target practice at a shooter’s club.

New gun owners must wait 28 days to take delivery, be subject to a comprehensive background check, and take a gun safety course.

The results were striking. There have been no mass shootings. Gun murders and suicides have dropped precipitously. There are 200 fewer deaths every year as a result of gun control, according to Peters.

Australia’s stringent gun control laws aren’t likely to be adopted in the U.S. anytime soon. But we can learn something from their political organizing.

Today, the NRA stops even the smallest gun reforms from passing the U.S Congress. But other, seemingly undefeatable lobbies nave been weakened. Look at Big Tobacco and the right-wing Cuba Lobby. The NRA could be next.

Today the NRA faces a formidable enemy. The Parkland high school students have sparked grass-roots efforts among other students and their parents. They’ve sat in at the Florida state house and in the U.S. Senate.

Peters said grass roots organizing defeated the gun lobby in Australia and it can be done in the US as well. “The NRA uses power of intimidation,” she said. “And they often win the public relations war. But they can be defeated.”

Reese Erlich’s syndicated column “Foreign Correspondent” appears every two weeks in 48 Hills. The revised edition of his book ‘The Iran Agenda: the Real Story of US and Policy and the Mideast Crisis,’ will be published in 2018. His home page is www.reeseerlich.com; follow him on Twitter @ReeseErlich or on Facebook, Reese Erlich foreign correspondent.

Reprinted with author’s permission from 48Hills.org