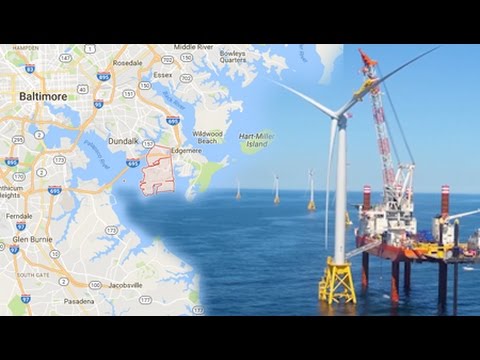 Emma Foehringer Merchant at Greentech Media reports that the GOP Congress defied Trump’s priorities on green energy almost across the board.

She notes the following:

$2.32 bn.– The Office of Energy Efficiency and Renewable Energy (EERE)

$6.3 bn – – The Office of Science [includes national labs such as Lawrence Berkeley]

She notes, “All those budgets were increased from 2017.”

The Republican Party hasn’t rebuked Trump on this funding just for kicks. Representatives and Senators are aware that other countries, including Germany and China, will eat America’s lunch on advances in renewable energy, a key industry even today and one that will dominate the near future.

Moreover, green energy is by now a big business in its own right, providing 18% of American electricity. Tesla/ FirstSolar and big utilities in places like Iowa give campaign donations based on the wellbeing of their industry, and increasingly they have deeper pockets than Big Coal.

The Office of Energy Efficiency and Renewable Energy has a whole web page devoted to its success stories.

Just for example, you have this news release:

“Last fall, wind turbine manufacturer MHI Vestas announced a $35 million, five-year investment with Clemson University to test its new 9.5-MW gearbox at Clemson’s SCE&G Energy Innovation Center in Charleston, South Carolina. The gearbox is for MHI Vestas’s new 9.5-MW offshore wind turbine, which has a rotor diameter of 164 meters (over 500 feet) and will be the most powerful wind turbine in the world.

The partnership between Clemson University and MHI Vestas to test the drivetrain over a period of several years marks the achievement of the U.S. Department of Energy’s (DOE’s) goal to establish a U.S. testing facility for both land-based and offshore wind development in the U.S.”

Here is the other face of the GOP. A private business, MHI Vestas, and a university in South Carolina along with the US government Department of Energy are jointly creating the most powerful wind turbine in the world for an offshore wind facility. Offshore wind is huge in Germany and Denmark and Scotland but until recently the US had lagged behind.

Forbes just announced that the US offshore wind boom is “finally here,” however, with big projects now being implemented by New York, New Jersey and Maryland among others.

The new turbine could be important to vastly expanding the industry in the US, which has an enormous amount of offshore wind.

This is the sort of government investment Trump and DOE head Rick Perry say they are against, and they’ve done whatever they can to support coal and fracked gas instead.

In the US last year offshore wind was coming in at 16 cents a kilowatt hour. If you take into account how clean it is and that it does not cause global heating, that is a real bargain. In California the average household pays 22 cents a kilowatt hour for electricity, so the offshore wind price is lower than that state’s average (other states have a lower average cost).

But if MHI Vestas and Clemson can make an even more powerful wind turbine for offshore use, they can help us generate more electricity cheaper, bringing down the cost. The EERE funding that Congress just continued and even increased is important for this enterprise.

I’ve spent all this time just talking about one small project, though potentially a significant one. Multiply this research out across $2 billion and imagine the sorts of positive change for consumers and for the planet that are being accomplished.

And you have to applaud the Republicans in Congress for standing their ground on this key research and development. It gives a person a little hope, at a time when humankind is actually increasing its annual deadly carbon dioxide emissions.

The Real News: “Maryland Might Be Home to the Largest Offshore Wind Farm in the US”