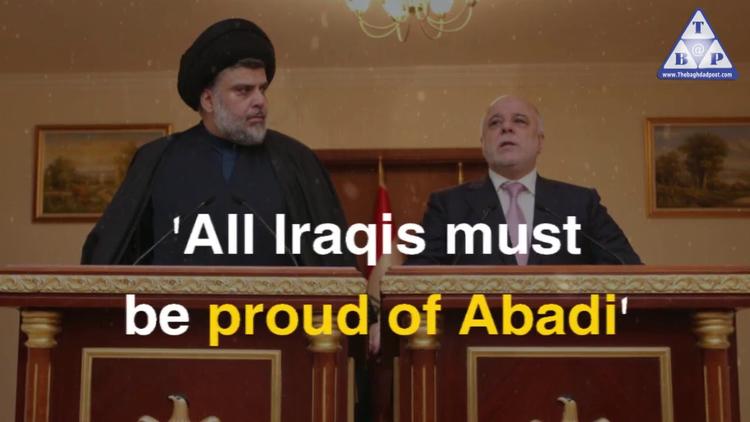 Nativist Shiite cleric Muqtada al-Sadr, 44, is encouraging members of his Sadr Movement to vote in the upcoming national elections for parliament. “Vote,” he said, “and save our country from corruption.”

A newly formed political party, al-Istiqama or the Upright Party, will hew the Sadrist line.

There have been reports that Sadr’s party will ally with the Iraqi Communist Party on an anti-sectarian ticket. Both Sadr and the small Communist Party have criticized the spoils system of Iraq where government positions and contracts are doled out according to membership in a sectarian political party.

Both objected vigorously to the statement of Ali Akbar Vilayeti, an adviser to Iran’s clerical Leader Ali Khamenei, on his visit to Baghdad in February that he would not allow the return of liberals, secularists and Communists in Iraq.

It was widely thought that he was criticizing Sadr for his alliance with the Communists and the “civil” or secular movement in Iraq.

The Communist Party of Iraq denounced this blatant interference in Iraqi politics by a foreign power.

The Sadrists and the Communists have no ideological similarity, but they share a social base in the poor and working classes, who resent the corruption and inefficiency of the Iraqi political system.

The CPI was once, in the 1950s and 1960s, a major force in Iraqi politics, but was virtually destroyed by the Baath Party in cooperation with the US Central Intelligence Organization. Sadr’s alliance with it, if that pans out, does more for his movement than for the tiny band of Communists, inasmuch as it signals to Iraqis disgusted with sectarian business as usual that new political alignments are possible.

The reemergence of the CPI may also have to do with Iraqi dismay at the way in 2014-2017 some 40% of Iraqi territory was lost to the extremist Salafi vigilante organization, ISIL.

Sadrism is a movement that goes back to the 1990s. It is based in Iraq’s vast Shiite slums, in East Baghdad (Sadr City), Hilla, Amara and Basra, among other cities. It also has a rural, tribal following. It stands for the welfare of the urban poor and offers them a value structure for their lives, given the listlessness of the unemployment and ennui that beset them. It involves a puritanical Islam that forbids alcohol and insists on veiling of women and gender segregation. But it also loudly denounces the corruption of the fat cats in government office.

Sadrists have invaded the Green Zone where government offices and parliament are cordoned off from Iraqi society, demanding an end to graft.

Muqtada al-Sadr himself has strongly opposed the presence of US troops in Iraq since 2003.