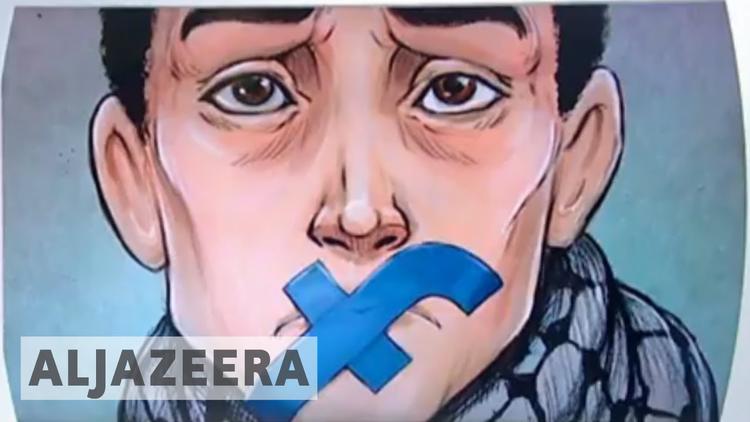 According to a Palestinian activist, this year alone 500 pages of Palestinian journalists, activists and bloggers have been deleted.

Safa’s account was disabled along with the accounts of 10 of its editors Saturday, after 5 p.m local time. The agency’s social media manager, who is keeping his identity secret, told the Jerusalem Post “We were totally surprised.” The news agency didn’t receive a warning or an explanation.

“We are now working to restore the account because 60 percent of the website’s traffic comes through Facebook,” the social media manager said. A reminder of Facebook’s growing power in limiting or facilitating access to information.

After the page was deleted, journalists rallied Saturday outside Safa’s headquarters in Gaza to reject Facebook ’s move, arguing the news agency had garnered 1.3 million followers who rely on it for news information.

The agency responded to the measure by urging Facebook to fulfill their stated goal “to allow people to express their standpoints so that the world is more open and pluralistic.”

Activists have launched a campaign titled “Facebook is fighting Palestine,” which is calling for a boycott of the social media company. According to them, Facebook has proven their bias because while they delete and block Palestinian Facebook accounts, citing incitement, they have failed to do the same to Israeli accounts that openly call for violence and produce derogatory and discriminatory content against Palestinians.

According to a Palestinian activist quoted by Israeli newspaper Haaretz, since the beginning of 2018 roughly 500 Facebook pages of Palestinian activists, journalists and bloggers who cover the news in the occupied territories have been shut down by the social media company.

Clearly violent and inciteful comments on the social media website have in fact come from Israeli officials themselves and an action against them has yet to be taken by the company.

Israeli Justice Minister Ayelet Shaked has praised Facebook on its censorship policies when it comes to incitement despite the fact that she has been shown to carry out the same practice herself.

“They are all enemy combatants, and their blood shall be on all their heads. Now this also includes the mothers of the martyrs, who send them to hell with flowers and kisses,” Shaked once wrote on her Facebook account.

“They should follow their sons, nothing would be more just. They should go, as should the physical homes in which they raised the snakes. Otherwise, more little snakes will be raised there.”