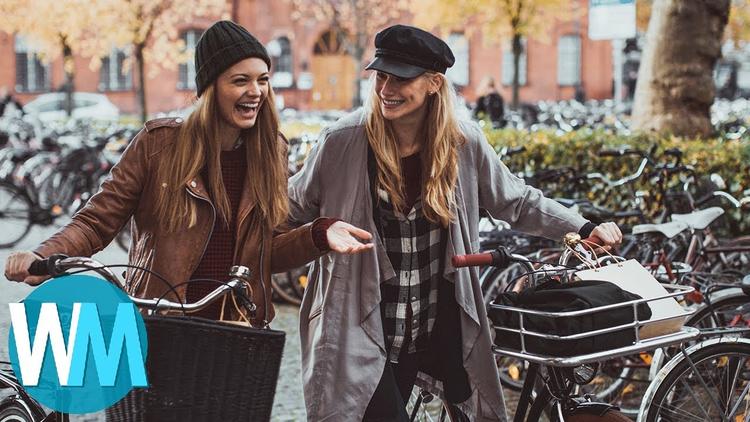 The World Happiness Index is out this year, and the United States is ranked only 18 for the years 2015-2017– lower than Iceland or Costa Rica, and not much ahead of places with real problems like Mexico and Brazil.

And, the US has fallen 4 spots in recent reports.

The US is still the wealthiest and most powerful country in the world, so why isn’t it the happiest?

Because although a good income contributes to happiness, power doesn’t seem to, and wealth is only one of six things that makes a person happy (or else millionaires wouldn’t commit suicide).

Although income is associated with happiness in general (up to about $75,000 a year after which it doesn’t seem to matter), it isn’t correlated with what psychologists call affect, which in this study has to do with laughing, joking, and experiencing joy in social settings.

Experiencing positive emotions has a much bigger impact on happiness than negative emotions. That is, we can get through some hatefulness if only we have love (Paul of Tarsus was right about that). Daily laughter and enjoyment is really important. The barracuda American style of being work-a-holics, which interferes with just sitting around with family members and/or friends and joking around, detracts from our happiness. Isolation and loneliness are a bigger health problem for Americans than obesity. Binge-watching t.v. and being a good little consumer the way the advertisers want apparently induces the blues, big time. Reading and hanging around with friends are much more satisfying.

Speaking of which, social support is another biggie. The researchers measured that variable by asking the question, “If you were in trouble, do you have relatives or friends you can count on to help you whenever you need them, or not?” Ideally, all Americans should have each others’ backs. But we have entered an era where if you’re down, the fatcats will kick you instead of helping you up.

The Trump administration in particular and right wing politicians in general completely misunderstand what makes people happy, or perhaps they do not care if people are happy as long as their billionaire campaign donors are.

It turns out that being generous to others makes you happy. Studies have shown if you just help a challenged person to cross the street or do other acts of random kindness everyday, your happiness increases. The World Happiness survey study finds that being welcoming to immigrants is a factor in a society being happy. The Trump administration is making us positively miserable on that scale.

Right wing politicians and Trump in particular, in contrast, take delight in screwing people over. Reducing Federal aid to poor children, taking away health insurance, destroying social security–all of these legislative actions about which Paul Ryan, Mitch McConnell and Donald Trump are so enthusiastic–all of them make us sad. Because we aren’t helping people, we are hurting them, and only sadists get a kick out of hurting people.

A perception of lack of corruption is also a big contributor to happiness. If so, under Trump we must be the saddest people on earth.

Since our # 18 ranking is a three-year average, the full extent of our current doldrums won’t be apparent for a couple of years.

Good health and a long life expectancy are also extremely important to happiness. Trump’s head of the Environmental Protection Agency, Scott Pruitt, has systematically done everything he can to reduce the life expectancy of the average American, overturning regulations intended to prevent corporate pollution from harming our health. When the Republican Party complains of regulation, they are complaining that the government is preventing rich people from making more money in ways that might harm people’s health. Unlike all other technologically advanced countries, life expectancy in the US is actually falling. African Americans and minorities have long suffered with health statistics similar to the Third World, being deliberately excluded from the good life in white America. But now even white people are seeing their health go down the tubes.

One driver of the fall in life expectancy for two years in a row is the opioid epidemic. It has been shown that marijuana legalization reduces use of opioids, so one obvious response to the epidemic (about which Trump and the GOP appear simply not to care) would be to legalize marijuana for over-21-year-olds nationally. (There is some reason to think teenagers shouldn’t be smoking pot, but it doesn’t harm adults).

Instead, Attorney General Jeff Sessions has announced a jihad against pot. Sad.

The US Right Wing wants to regiment Americans and deprive people of the ability freely to make life choices. It wants to roll back legalization of gay marriage and to impose social costs on LGBTQ people making the choice to seek life liberty and happiness in accordance with their own personalities. It has more or less made abortion impossible to obtain in much of the country and wants to deprive women of the choice not to have the baby of their rapist or not to bear to term (if they do not want to) a seriously damaged fetus.

Promotion of dangerous climate change and global heating through favoring the burning of fossil fuels and the emission of more deadly carbon dioxide into the atmosphere will also reduce our choices– as we flee wildfires and other extreme weather events and our white sand beaches are swallowed up by angry rising seas.