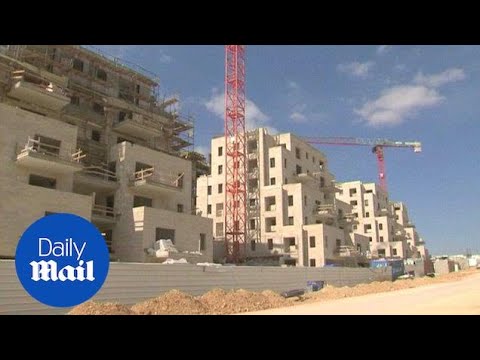 The Israeli Knesset is fast tracking a “nation-state bill” which opposition groups have denounced as “institutionalising the apartheid regime”. Knesset members approved the final draft of the bill defining Israel exclusively as a nation for Jews.

The “Zionism’s flagship bill”, as it’s been described by Israeli politicians, will permit Jewish-only communities and mark a dangerous turning point for Palestinians whose democratic rights will come under greater threat.

Critics say the bill will effectively block any chance for Israel’s large Palestinian minority – 20 per cent of the population – to reform Israel in the future into a normal, Western-style democracy. Palestinian members of the Knesset condemned the move saying the bill “institutionalises an apartheid regime in the most blatant way”.

Once the bill comes into law Arabic will no longer be regarded as an official language alongside Hebrew. The bill will discriminate against non-Jews by promoting Jewish communities that strictly enforce rules which exclude Israel’s 1.8 million Palestinian citizens.

Most significantly the bill will dispense with any “democratic” component in Israel’s self-definition making Israel’s “Jewishness” paramount. Such a shift will place demands on state officials to make decisions that put Jewish identity above democratic principles.

Tourism Minister Yariv Levin, who maintains close ties with Prime Minister Benjamin Netanyahu, observed of the bill: “It will bring order, clarify what is taken for granted and put Israel back on the right path. A country that is different from all others in one way – that it is the nation-state of the Jewish people.”

The “Zionism’s flagship bill” will be further proof for Israel’s many critics who say that is impossible for Israel to be both “Jewish and democratic” – any more than it could be “white and democratic” or “Christian and democratic”. Israel is defined by its critics as a non-democratic type of state known as an “ethnocracy”.

License This work by Middle East Monitor is licensed under a Creative Commons Attribution-NonCommercial-ShareAlike 4.0 International License.