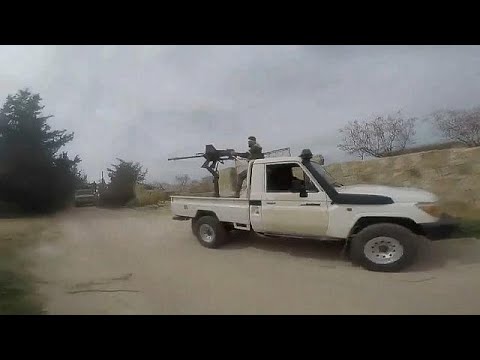 The YPG and allied forces, under the umbrella organization the Syrian Democratic Forces (SDF), control over 60 percent of the Syrian border with Turkey.

The Kurdish residents of Afrin have said they would act as human shield to confront a Turkish assault on the local Kurdish militia YPG who rules the city, days after Turkish President Recep Tayyip Erdoğan announced the siege on the Syrian city was complete and that the Turkish army was preparing to enter it soon.

As part of its “Olive Branch” military operation, the Turkish military and its allies, the Free Syrian Army and several Islamist armed groups, have almost completed the siege of Afrin and are preparing to enter the city, but were waiting for the population to leave through a humanitarian corridor provided by them.

But despite Turkish authorities saying that their army is within two kilometers of the city and threatening to invade soon, residents have refused to leave their hometown and are now planning to act as human shields to stop further attacks.

Several Kurdish, socialist and anarchist organizations have announced their intention of standing between the Turkish army and the Peoples’ Protection Units (YPG) during a future assault on the city.

A joint statement by the Initiative for the Unity and Solidarity of Peoples (SYPG) and the Free Socialist Women (JAS) says “We are now on the 51st day of our great resistance against the attack of the colonialist and fascist Turkish state on our canton Afrin. As SYPG and JAS, we will launch a new group of human shields against the invasion of the Cizirê region and the Firat (Euphrates) region.”

Also thousands of people from Kobane, a city that resisted the Islamic State group for five months, are reportedly arriving to Afrin in support of the population.

“We will not give Afrin to Erdoğan even if we are subjected to airstrikes for months or years,” said Fikriye Reşid, and 58-year-old woman who came from Qamishlo to Afrin to be a human shield.

But supporters of the Turkish military operation call this a crime war and blame the YPG of forcing population to act as human shields.

Afrin has been suffering from constant attacks by warplanes and artillery shelling since the operation began in Jan. 20, causing the death of about 204 civilians, including Kurds, Arabs and Armenians. The Kurdish Red Crescent Moon estimates the number at 232 civilians killed, including 35 children and 29 women.

Now, the city’s population is also suffering from water and electricity shortages, as the Turkish military seized the Midanki Dam, which provides these basic needs to Afrin and its surroundings.

According to the Syrian Observatory of Human Rights, the Turkish Army and Turkey-backed armed groups have seized control of over 38 percent of Afrin’s villages, but the siege is yet to be completed.

The aim of the operation is to “free” the area from the YPG, a Kurdish militia the Turkish government considers the Syrian branch of the outlawed rebel group the Kurdistan Workers’ Party (PKK) and a terrorist organization.

The YPG and allied forces, under the umbrella organization the Syrian Democratic Forces (SDF), control over 60 percent of the Syrian border with Turkey, which has raised security concerns in Ankara.

On Saturday, international activists and Kurdish communities in foreign countries marched and protested against what they called the Turkish aggression against Afrin and European arms trade with Turkey.

The People Permanent Tribunal in Paris will hold a session next March 15-16 on Turkish war crimes against the Kurdish people, including politically motivated murders by the Turkish intelligence services in foreign countries and the bombings of Kurdish cities within Turkey’s borders.

Until the most recent military intervention by Turkey, Afrin had been relatively calm during the Syrian civil war, as local government and militias started their own political project and defense strategies against other insurgent and Islamist groups, becoming a safe spot for Syrians fleeing from other regions.