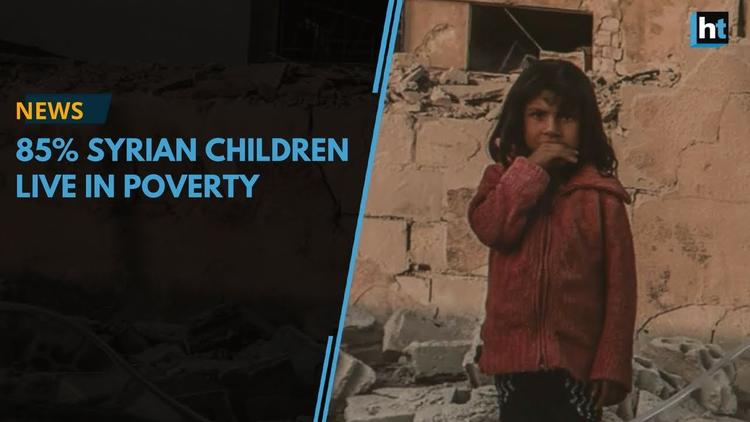 U.S. District Judge Tanya Walton Pratt has struck down former Indiana governor and present vice president Mike Pence’s attempt to stop Syrian refugees from settling in the state of Indiana. At the time he had cited terrorism concerns.

Pence’s stunt, one shared in by some 16 governors, all but one Republicans, was always obviously unconstitutional and discriminatory. Once refugees are in the United States they can settle where they like.

The reason for the stunt was not fear of terrorism. Syrian refugees are fleeing terrorism and 2/3s are women and children, and most terrorism in the United States is committed by white nationalists.

The reason for the stunt was white nationalism. Pence was part of an effort to win the White House in 2016 by whipping up nativist, anti-immigrant sentiments among the white lower middle and working classes. Since the aristocratic big corporations that Pence actually represents are only 1 percent of the population, they can’t win elections unless they attract clients among the commoners. Making poor whites feel threatened or superior or both is one of their few plausible plays.

The cruelty of Pence’s attempt to deny resettlement funds to Syrian families is almost unimaginable, and is a form of lynching–a technique of oppression and race polarization with which Pence’s form of politics has long been intimate.

The United States was not the biggest player in Syria, but it did pour billions of dollars into an attempt to unseat dictator Bashar al-Assad and the arms and money it gave Muslim Brotherhood militias made their way into the hands of al-Qaeda affiliates and ISIL.

That is, Washington bears some blame for creating Syrian refugees. Of 22 million Syrians before the war, over 300,000 are dead, nearly a million wounded, 7 million displaced from their homes to other parts of the country, and nearly 5 million forced abroad. The US has taken precious few of the 4 million Syrians that the US helped, at least to some extent, force abroad by its ham-fisted intervention in Syria in search of geo-political gains against Iran, which would benefit local allies like Saudi Arabia, Turkey and Israel. As of last summer there were only 18,000 Syrian refugees in the US. Over half are children. Most of them were let in relatively recently, shaming the US. Sweden and Canada have been much better humanitarians.

You aren’t born a refugee. It is something that happens to you, like a flood or other natural disaster. Smug suburban Americans in Indiana should be careful. Extreme weather caused by the climate change leaders like Pence are actively promoting could well turn them into refugees. It happened to people in and around Houston and San Juan.

Seeing refugees as potential “terrorists,” as dangerous, is a smelly parallel to Nazi ideology. It was one of the grounds on which they went after the Jews, whom they coded as foreigners even when they weren’t. And indeed, the denial of citizenship to German Jews was intended to turn them into flotsam and social refugees and so to soften them up for genocide.

All this is not to mention that Pence leads the Evangelical wing of the Republican Party, which turns out to be a latent form of white nationalism and seems not ever to have read the parable of the good Samaritan.

The ploy of Pence and others, of making certain Americans afraid of those coded as immigrants, succeeded beyond their wildest dreams and catapulted them into power. The first thing they did was deeply slash taxes on their corporate sponsors and try to take away health insurance from millions of workers. What have they done for the working people they fooled? Diddly squat.

As for scaring them about immigrants taking their jobs, American Progress notes, “The impact of immigration on the wages of U.S.-born individuals is small but positive over the long run. Economist Heidi Shierholz estimates that from 1994 to 2007, immigration increased average wages of U.S.-born individuals 0.4 percent, or $3.68 per week. Immigrants consume goods and services, creating jobs for natives and other immigrants alike. These results are consistent with those of other studies by economists such as David Card, Gianmarco Ottaviano, and Giovanni Peri.” There is almost no impact on African-American workers from immigration. Despite welcoming over a million immigrants a year for decades, unemployment rates have fallen.