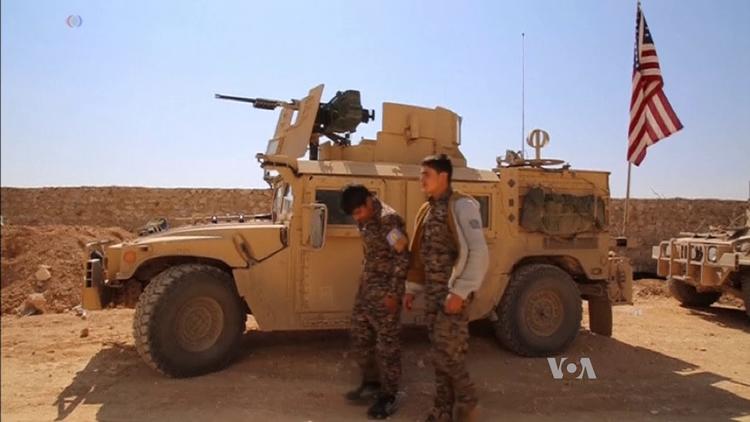 Turkey’s capture of the Kurdish enclave of Afrin in northern Syria has added a new dimension to the highly volatile geopolitical environment in the Middle East. Not only is it a major assault on war-ravaged Syria’s territorial integrity and political sovereignty, the event speaks of Turkey’s opportunistic foreign policy and signals a return to Ottoman era territorial conquest and expansion.

President Recep Tayyip Erdogan boasted of hoisting the Turkish and allied Free Syrian Army flags in the city center of Afrin on March 18. He said: “In the centre of Afrin, symbols of trust and stability are waving instead of rags of terrorists”, referring to the sons of the soil – the Kurdish YPG fighters, who valiantly fought against the Islamic State militants. He justified the invasion and capture of Afrin in the name of stopping a Kurdish “terror corridor” along Turkey’s western borders with Syria and vowed to press eastward to target other Kurds-dominated towns, including Manbij raising the specter of a direct military clash with the US.

A return to Ottoman era conquest and expansion

Afrin is modern Turkey’s first, but may not be the last, territorial takeover after the disintegration of the Ottoman Empire in November 1922 (Turkey also sent troops to support ethnic Turks in Northern Cyprus in July 1974). The Ottoman rulers expanded their territorial boundaries across the three continents of Asia, Africa and Europe especially after 1453, the year they conquered Constantinople (what was later renamed Istanbul) forcing the dissolution of the Byzantine Empire (330 –1453). By the seventeenth century the Ottoman territorial expansion reached its limits; there was little scope for further conquests, with Sahara Desert to the south of the empire, Western Europe to the west and imperial Russia to the northeast.

In the Middle East, present-day Iraq, Jordan, Lebanon, Palestine, Syria and much of the Arabian Peninsula territories went under Ottoman control. After their defeat in World War I, the Ottoman leaders had signed the Treaty of Sevres in August 1920 with the Allied Powers agreeing to cede all non-Turkish territories to the Allied administration and the eventual dismemberment of the empire.

The Sevres treaty sparked the War of Independence led by Mustafa Kemal Ataturk who forced the Allied Powers to negotiate another treaty – the July 1923 Treaty of Lausanne paving the way for the creation of the Republic of Turkey the same year, mostly covering the original Turkish territory of Anatolia.

Kemal Ataturk founded modern Turkey on the two principles of Turkish nationalism (non-Turkish minority groups were required to be Turks in education, taste and values) and secularism (the Ottoman policy of Islam as the official religion was discarded), with the objective to modernize and westernize Turkey. Isolation from the Arab Middle East followed suit. President Erdogan is faithfully following Ataturk’s principle of nationalism to suppress the Kurds but maintains a generally oblivious stance on secularism.

A new “Sultan” in the making

Nearly a century after its creation, the distinction between the Ottoman Empire and modern Turkey is gradually getting blurred, at least in some respects. The Ottoman Empire was an Islamic empire and the rulers, since they had no relations with Prophet Muhammad or his descendants, assumed the title of “Sultan” (not “Caliph”, a title the Prophet’s four close companions used to spiritually and politically guide the nascent Muslim community after he had passed away in 632). President Erdogan is not an imperial ruler but appears to have some striking similarities with the Ottoman sultans. He is, after all, an Islamist and a nationalist leader, as was the case with the Ottomans who privileged Islamic governance and Turkish nationalist temper in determining state policies and decisions. President Erdogan is not Islamizing Turkey publicly, but there has been a creeping return to Islam. His primary support base consists of a rising group of conservative small and medium businesses, known as the “Anatolian tigers” and the ultranationalists.

Like the Chinese, Indian or European imperial rulers, almost all Ottoman sultans took great interests in territorial expansion of the empire. So is the case with “Sultan” Erdogan. The Ottoman sultans saw “infidel” enemies all around to be defeated; Sultan Erdogan sees the presence of so-called Kurdish “terrorists” in Syria and Iraq as excuses to attack, invade or conquer Kurdish territories. Unlike other Turkish governments, President Erdogan has pursued more repressive policies to stifle the Kurds’ demand for regional autonomy in southeastern Turkey and regionally.

Sultan Erdogan’s political arm the Justice and Development Party (AKP) won a landslide electoral victory in 2002 and has been in power since. The AKP is the modern version of the National Order Party founded by Islamist leader Necmettin Erbakan in early 1970. Taking a middle position between Islam and Ataturk’s policy of secularism, the AKP has pursued Islamist zeal (not actual Islamization policies) at home and neo-Ottoman policy abroad. In the process, the party has distanced itself from the Gulen movement whose supporters played a vital role to Erdogan’s rise to power. Sultan Erdogan has also survived two coups – the 2013 corruption scandal and the 2016 military putsch that helped him consolidate domestic power base through a blanket purge of political foes and opponents.

The neo-Ottoman foreign policy has been both peaceful and violent. The AKP government’s policy of “zero problems” with neighbors has attempted a peaceful return to former Ottoman territories and peoples, while its naked interventions in Iraq and Syria represent the violent dimension of the policy.

Pursued since 2002, the “zero problems” policy initially succeeded in building bridges of mutual trusts with the immediate Arab neighbors and in reaching out to the Gulf Arab states. Visa-free travel arrangements were signed with Syria, Jordan, Lebanon, and even with historical rival Russia. But the policy faced an untimely death due to the outbreak of the Arab Spring.

The policy of zero problems with the neighbors hit a snag especially after Syria had plunged in unending violence in March 2011. After some initial mediation efforts to resolve the Syrian conflict, the Erdogan government chose the realpolitik option to promote Turkey’s regional geopolitical ambitions. First, along with Qatar, it unsuccessfully supported the Muslim Brotherhood groups’ crusade against the secular but pro-Iran and Pro-Russia Bashar Al-Assad government. Secondly, once it realized the impossibility of political change in Syria, the Erdogan government started using the “Kurdish phobia” to implement the neo-Ottoman geopolitical agenda.

As far as the shocking revelations by former Qatari prime and foreign minister Sheikh Hamad bin Jassim Al Thani go, President Erdogan’s Turkey, alongside Qatar, Saudi Arabia and the US, was directly involved in covert regime change operations in Syria. Of the four countries, only Turkey has had common borders with Syria. Turkey also has deep historical ties to ethnic Turkmen minority groups in Syria. The pro-Turkey Free Syrian Army is considerably dominated by the Turkmen rebel groups whom Sultan Erdogan is using to push his territorial conquests in north and northeastern Syria. He sees the so-called Kurdish “terrorists” as his ultimate trump card to play to pursue Ottoman era expansion.

And the occupation of Afrin may eventually create a “second Palestine” in the Middle East, a Palestine of Kurds inside Syria but under Turkish occupation. This may be a reality unless Sultan Erdogan resists his neo-Ottoman policy of territorial conquests and expansion.