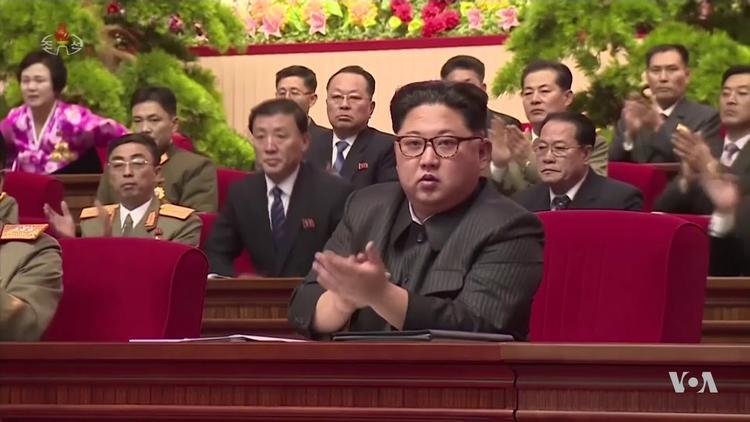 The appointment of Mike Pompeo as the new US Secretary of State by Donald Trump will not signal a change in Washington’s Middle East policy. It doesn’t mean that America will no longer endorse the alliance between the Saudi and Israeli governments. Nor does it, despite Donald Trump’s admiration, mean that America will switch its support to Bashar Al-Assad, or take up the Qatari cause in the embargo crisis. The Iran nuclear deal will continue to be degraded and dismissed as appeasement, but it will likely stay in force. The Israeli settlers expanding into the occupied West Bank will continue to win solid approval from the United States, and the war in Yemen will continue with Washington’s encouragement.

What Pompeo represents to the Israel-Palestine problem will be necessarily historic, though. So much is at stake. President Trump has announced that the US Embassy will be moved from Tel Aviv to Jerusalem in May, the first stage in what he thinks will be the dramatic and final end of the peace process.

On Sunday, the New York Times reported that Trump will be publishing his new peace-plan. The Palestinian Authority will not accept the validity of any such plan on principle. It remains deeply discouraged by Trump’s bullish embassy move. The Palestinians, who Trump ultimately determines to be in opposition to his interests, are facing an end game that will see the formal annexation of the West Bank by Israel.

Trump has encouraged the new alliance between Saudi Arabia and Israel, and continually encouraged Israel’s other new Arab friends – notably Jordan and Egypt — to make even closer kin of the ruling Likud. All of these are historic rapprochements in which the United States has had a hand in creating. They are also rapprochements which see the Palestinians fundamentally abandoned by the most important Sunni states in the region, who have chosen to side with the occupiers and not the oppressed.

Isolated always, but even more so now, anti-occupation Palestinians will rely for the time being on Qatar and Iran to maintain their military resistance movements. The public and the Palestinian Authority will still receive vast amounts of private charity from concerned Muslims, and UN funding, from a variety of other countries; as their plight worsens, though, the voices dominant in Palestinian politics will continue to be warlike and shrill. They will be positioned by Israel and the West as they always are; impossible to negotiate with. Finally, Trump will call Netanyahu and say that the formal annexation of the West Bank is not something that America would object to.

Previously, it was hoped by the Trump clique that his son-in-law, Jared Kushner, would make this happen. Associated closely with the Israeli settler movement, Kushner is now facing severe issues with his White House security clearance, potential complicity in Russian support for Donald Trump’s candidacy, and diminishing personal power within the first family and its inner circle.

With the foundations set but Kushner disappearing, and Trump himself too distracted by CNN and Fox News to get involved in the heavy-lifting, Secretary of State Pompeo has inherited the task of implementing this madcap “peace deal”.

His predecessor, Rex Tillerson, was very obviously not on board with Trump’s bold plan for the Israel-Palestine crisis. After Trump announced the intention to shift the embassy eastwards, Tillerson interjected that the move could take “several years” in an attempt to buy time in order to deflate Palestinian outrage. The US President ignored him and construction is already underway. Tillerson also wanted to salvage the Iran nuclear deal, but his boss did not. Late last year, it was reported that Tillerson had called Trump a “moron”.

Pompeo will not act in this way. He will not, like Tillerson, attempt to contain Trump or to act in the best interests of the United States to defend the country from its most dangerous domestic threat in history. He is too much of a good friend, on a personal level, with his President.

The new Secretary of State will make Trump more effective, becoming his iron fist in Foggy Bottom, the foreign policy district of Washington. Former US Army officer Pompeo will dutifully carry out his orders, drawing on his military background and outlook in the process; and he will do so, crucially, with the same political convictions as Trump, convictions that his predecessor did not share.

US embassy might be moved to Jerusalem – Cartoon [Sabaaneh/MiddleEastMonitor]

If anyone in this administration can pull off Trump’s “deal of the century” – sorting out peace between the Israelis and Palestinians — Trump thinks that it will be former CIA chief Pompeo, because he is what Trump likes to call “a winner”. According to the President, he and Pompeo are “on the same wavelength”. Although Trump’s erratic and impulsive changes in mood may eventually mean that, like so many senior officials before him, Pompeo will fall foul of his boss’s tantrums, he has shown remarkable resilience so far, mainly because the two are aligned on every major domestic and foreign policy issue. As Director of the CIA, Pompeo ended the apolitical nature of the role, speaking out loyally in favour of Trump on every possible occasion. In contrast, Tillerson and the President were barely on speaking terms.

Secretary of State Pompeo will have other problems on his plate, though, besides the Palestinian peace deal. Relations with Russia and European allies are torturous, as it becomes clear how much the Kremlin was complicit in smoothing Trump’s path to the White House, and as the worldwide ramifications of a nerve gas attack on British soil by Russian agents play out.

The North Korea crisis has also entered a new chapter, with Trump and Kim Jong-Un pledged to meet; Pompeo will need to make sure that this happens and then manage the fall-out if things go wrong. The war in Syria and all its attendant problems are still there; Pompeo’s main job will be to keep the US at a respectful distance from Assad so that Putin can gain the upper hand, in line with Trump’s obvious pro-Russian sympathies, as well as manage relations with Turkey, an important but unpredictable NATO ally. Washington’s relations with most European nations are also at a low ebb, as are relations with Canada and Mexico, and Pompeo will need to fix these. China, meanwhile, in a move praised by President Trump, is shifting from a one-party dictatorship to a one-person dictatorship.

America: From head of the snake to honest sponsor of peace process

With all that going on, Pompeo’s interest in the Palestinian crisis is likely to be slim. The situation is presently manageable and requires little “attention” in order to meet Trump’s foreign policy aim of allowing Israel to subsume the Palestinians. The embassy will be built as quickly as Pompeo and Trump desire. Within a couple of years, the new outpost of US sovereignty will be opened at a ceremony that Trump has already said he would like to attend.

The message will then be clear to the Palestinians: “America stands with Israel.” They will be told to look around; the major Muslim powers, who have abandoned them, also stand with Israel. The Palestinians are isolated on the world stage and defeated at home. They have failed to rally around a single leader since Arafat, and the closest they got was with Marwan Barghouti, who is inside an Israeli prison. They cannot agree amongst themselves whether Palestine should be a secular, semi-religious or theocratic state, and given the animosity of Islamists towards Israel it is rational for Israel to be nervous about at least one of those options, and thus to work against a consciously Muslim Palestinian state being formed. The writing for all of this is already on the wall.

Pompeo, mirroring his chum Trump, will deliver a stark ultimatum to the Palestinians: submit to life within an Israeli state stretching “from the river to the sea” or live forever under increasingly arduous military occupation. That will be their choice. They can ask their friends in east Jerusalem how much better they fare economically for even being within commuting distance of the mainstream Israeli economy. How many Palestinian voters would mind if their wages, educational outcomes and lives benefited from joining the Israeli economy? It would be hard for many to turn down such an opportunity.

Does Pompeo live in the real world if he issues such a brutal ultimatum? Before Trump was elected, the former congressman was a lead voice criticising Hilary Clinton over the Benghazi tragedy in Libya, possibly her most vocal critic on the issue. As a member of the House Intelligence Committee, Pompeo contorted the facts into a grotesque and puerile conspiracy theory, stomping over the dead bodies of Americans and Libyans simply in order to score a political point against crooked Clinton.

Such an attitude is disturbing in the man who now dictates US foreign policy in the tricky problem of Palestine, where several different realities can be true at the same time for different people, depending on which political viewpoint – pro- or anti-Zionist— they support. It is nothing new for the Trump administration, of course, where fantasy and fact are interchangeable. What is clear now is that Trump’s man is in charge of foreign policy. Whatever Trump tweets, could now become reality; nothing is beyond the realms of possibility.

Alastair Sloan writes on international affairs, terrorism and Westminster politics and is author of the upcoming book, “What Does Michael Gove Really Think?” You can also read his work in Al Jazeera English and Newsweek.