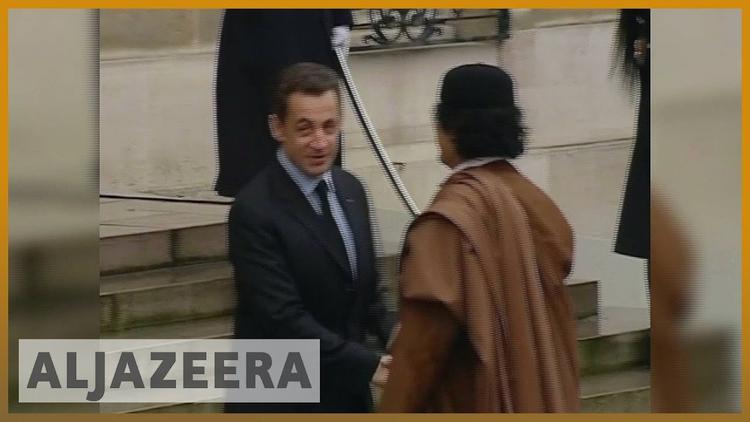 Sarkozy has categorically denied receiving any campaign funding from the North African country.

The ex head of state was being questioned by magistrates in relation to allegations he received US$61 million in funding for his 2007 election campaign from Libya, a French judiciary official said. The son of former Libyan leader businessman Ziad Takieddine claims to have delivered three suitcases stuffed with cash to Paris between in 2006 and 2007.

But, Sarkozy has categorically denied receiving any campaign funding from the North African country, stating that the allegation is “grotesque.” In January a French businessman was detained on suspicion of funneling money from Gaddafi to Sarkozy’s campaign and appeared in a London court.

More than six years ago Saif al-Islam Gaddafi, told Euronews: “Sarkozy has to give back the money he accepted from Libya to finance his electoral campaign. We financed his campaign and we have the proof … The first thing we’re demanding is that this clown gives back the money to the Libyan people.”

The former French leader can be held for up to 48 hours and handed over to Magistrates Court should the authorities choose to indict him.

In 2013, the French government opened an inquiry into allegations that Sarkozy benefited from funds donated by late Libyan leader Muammar Gaddafi.

An unnamed source told the news agency that former minister Brice Hortefeux was also interrogated by police in relation to the investigation.

Sarkozy was previously ordered to stand trial in a separate matter.