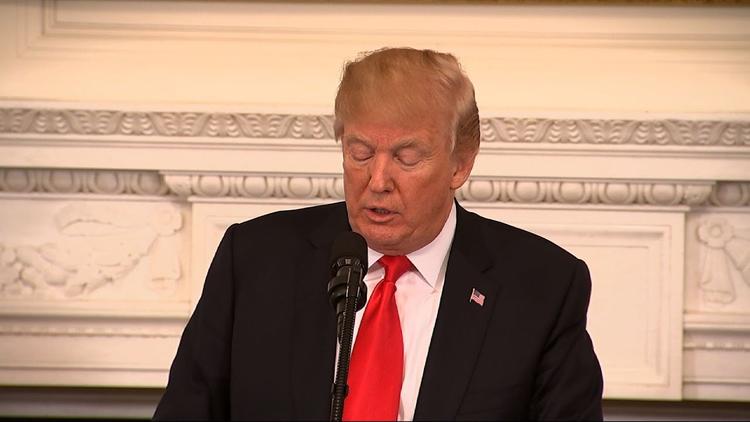 “When we’ve locked down schools by arming teachers,” he said at a Rose Garden press conference, “mass shooters will inevitably turn to movie theaters. We’ve got to be proactive.”

“Movie ushers, with their black suit jackets and running shoes, can easily conceal a semi automatic hand gun and then run after the perp,” said the president in apparently off the cuff remarks. “We’ll have a Glock in every sock.”

The press conference was initially called after the president’s meeting with German Chancellor Angela Merkel. But the movie usher question dominated the session. Chancellor Merkel declined to offer an opinion on the issue, noting that the Glock company is Austrian, not German.

Critics were quick to point out that untrained, 18-year movie ushers might not provide the best protection against angry movie patrons with AR-15s.

“We strongly oppose arming ushers,” said Sarah Whitehead, spokesperson for Movie Goers for a Quiet Evening, an advocacy group. “We think handgun permits at cinemas should be limited to movie managers.”

“Managers are more mature and responsible,” she noted. “They’ve got experience handling crowds during midnight movies.”

White House sources said arming ushers is only part of a much broader safety program. “President Trump realizes that movie theaters aren’t the only place mass shooting might occur,” one highly placed White House source said. “We have to consider arming lifeguards at city pools and peanut vendors at ballparks. Eventually, we’ll have more good guys with guns than bad guys.”

Clyde C. Clack, a spokesperson for the arms industry, provided some insight in an exclusive interview. “Normally, we let the National Rifle Association represent our views,” Lever said, “but this issue is just too important. It involves not only the safety of young Junior Mints consumers, but the health of the gun industry.”

He explained that years ago, arms manufacturers figured out that only selling guns to hunters severely limited gun sales. “So we helped hype the fear of home invasions. Everyone needs a gun to stop those intruders.”

“But our research shows that the maximum number of guns an individual will buy for self defense is 25. So that market is almost saturated.”

“When these proposals are adopted, we’ll be guaranteeing our workers jobs and our board members profits for years to come,” he said with a broad smile.

A few details need to be worked out, however. President Trump’s remarks caught aides off guard. They quickly scrambled to figure out how movie ushers, who can barely afford the cost of clip-on bow ties, will be able to buy semi-automatic pistols costing $600.

“It may require government subsidies,” said the official. “But at least you can feel secure dropping your kids off at the mall movie theater so they can see the latest zombie apocalypse movie in peace.”

————-
Foreign Correspondent columnist Reese Erlich dabbles in satire, of which this is a little dab. Prior to filing a law suit, please note that most of the above information isn’t true, although it may be some day.