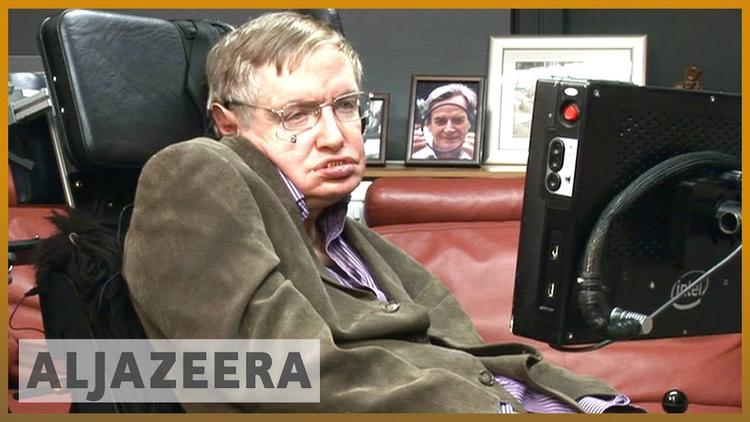 In addition to his achievement in science, Hawking was a longstanding activist for numerous social causes.

British theoretical physicist Stephen Hawking has died at the age of 76, the U.K. Press Association reported on Tuesday, citing a spokesman for the family.

“We are deeply saddened, that our beloved father passed away today. He was a great scientist and an extraordinary man whose work and legacy will live on for many years. His courage and persistence with his brilliance and humor inspired people across the world. We will miss him forever,” Hawking’s children said in a statement.

Hawking was a world-renowned cosmologist, author and director of research at the Centre for Theoretical Cosmology at the University of Cambridge.

He received countless accolades over the years, ranking number 25 in the BBC’s poll of the 100 Greatest Britons, in 2002.

In addition to his achievement in science, Hawking was a longstanding activist. He was an advocate for numerous social causes including opposing wars in Vietnam and Iraq, campaigning for nuclear disarmament and universal health care, as well as calling for action on climate change.

It would not be much of a universe if it wasn’t home to the people you love.

He was also critical of capitalism, stating: “If machines produce everything we need, the outcome will depend on how things are distributed. Everyone can enjoy a life of luxurious leisure if the machine-produced wealth is shared, or most people can end up miserably poor if the machine-owners successfully lobby against wealth redistribution. So far, the trend seems to be toward the second option, with technology driving ever-increasing inequality.”

Several tributes were posted by individuals in the science sphere, politicians and others on social media reacting to the famed scientist’s passing.

His passing has left an intellectual vacuum in his wake. But it's not empty. Think of it as a kind of vacuum energy permeating the fabric of spacetime that defies measure. Stephen Hawking, RIP 1942-2018. pic.twitter.com/nAanMySqkt

The physicist was known for pioneering works with black holes and relativity. Hawking author was of several popular science titles including “A Brief History of Time.”

Hawking is survived by his children, Lucy, Robert and Tim.

The beloved scientist was beset with early-onset, slow-progressing form of amyotrophic lateral sclerosis (ALS), which resulted in degenerative paralysis.