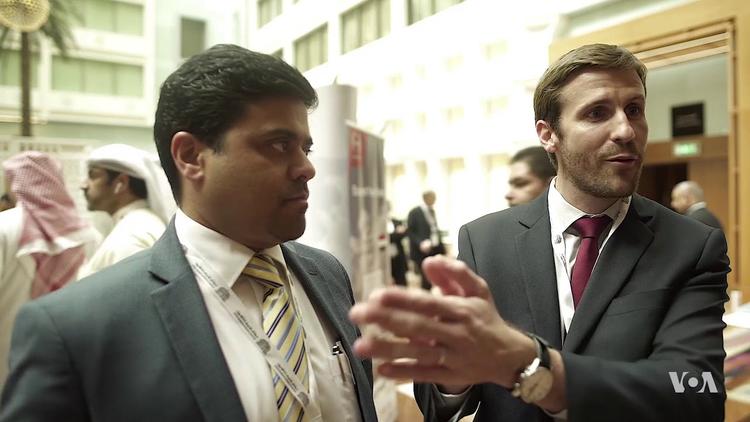 Iraqis can now visit a special visa-free zone in neighbouring Iran, over the border from Basra. Some locals see the open border as a cynical economic and political move that helps Iran, but not Iraq. 22.02.2018 | Basra Politics Postcards from Abadan, Iran, in the new visa free zone. (photo: Wikimedia Commons)

An Iraqi passport is one of the most difficult in the world. Only a handful of countries will allow Iraqis to travel there without applying for a visa a long time in advance. But now, Iraq’s next-door neighbour, Iran, has opened some of the areas closest to Basra to Iraqis, that they may access without a visa.

The decision has been greeted with both enthusiasm and cynicism in Iraq. Locals in southern Iraq have often made pilgrimages into Iran for religious and medical reasons and they welcome the decision, even though it only applies to the areas of Khorramshahr and Abadan, which lie directly on the border. Meanwhile local businessmen say it’s a commercial decision that will mainly benefit Iran.

The decision has been made and now Iran is only waiting for the Iraqi government’s go-ahead, Ahmed Sayhaboush, head of mission at the Iranian consulate in Basra, said. He explained that the decision was made in the interests of encouraging friendly relations between the two countries.

Opening the border in Basra could be the Iranian reaction to Iraq’s new détente with Saudi Arabia.

Passports will still be stamped at the border, the head of communications at the Iranian consulate, Mohammed Ismail, explained. Iraqis will be able to stay in the visa-free border areas for up to a month and during that time, they can obtain a visa to travel further into Iran if they wish. There will be special crossing points in Khorramshahr and Abadan. Many Iraqis on religious pilgrimage like to go to the shrine of Imam Reza in the city of Mashhad, for example, but this is well out of the visa-free area.

The border authorities have decided to limit the entry times of Iraqis wishing to cross into the visa-free zones to between 6am and 5pm daily, Ali Yousef, a spokesperson for the Basra council, explained further.

“The Iranian move will increase the number of people moving between the two countries and this will benefit both nations” Jabbar al-Saedi, the head of the security committee on Basra’s provincial council, said. “We have however stressed the need to follow up on security controls to prevent any illegals crossing the border.”

One local from Basra, Mohammed Marhoun, believes that the visa-free zones will be good for business. He says he has already purchased a house and an apartment in Khorramshahr and says the process was relatively uncomplicated, compared to the bureaucracy he faced in Iraq. The number of visitors from Iraq into Iran means that there is more construction in border areas to accommodate visitors. The only problem, Marhoun said, was that one did have to have an Iranian name on the deed.

And he is not the only one utilising this opportunity, Marhoun points out. “Members of the provincial council and MPs from Basra have also invested in real estate in the visa-free zones,” he noted. “But they don’t want anybody to know about these investments, which are now being managed by Iranians.”

An Iraqi guard at a border crossing near Basra.

While businesspeople like Marhoun and investors in real estate might be pleased, there are some observers who are not so enthusiastic. They believe that the move will only benefit Iran in the long run.

It’s just another way to deplete Iraq’s currency reserves and to encourage more consumerism among Iraqis, says Nabil Jaafar Abdul Redha, a professor of economics in Basra. “Even if Iraq now allows Iranians to enter Iraqi cities without a visa nothing will change because there are no local products to be sold to them,” Abdul Redha argues. “So, the Iraqi economy is the loser in this process.”

“Iraqis might benefit from being able to go to Khorramshahr or Abadan and buying Iranian goods at slightly lower prices,” he concedes. “But overall, this does not benefit Iraq.” The main problem is that Iraq doesn’t produce much other than oil – it remains what is known as a rentier economy, one that is basically dependent on exporting oil to fuel its economy. Most manufactured goods are imported, in exchange for the money the oil raises.

“Our economy is not as diversified as Iran’s,” Abdul Redha tells NIQASH. “So, any commercial exchange with our neighbours – that includes Iran, Turkey or Saudi Arabia – tends to be one sided.”

There has been an influx of Iranians into Iraq in recent years for religious reasons. But that doesn’t outweigh the trade balance, he adds.

“The number of Iraqis entering Iran every day numbers between 2,000 and 3,000,” posits Abdel-Saheb Saleh, deputy head of an association for Basra’s businesses. “If we estimate that each of them will spend between US$100 and US$500 over there, that’s a good income for Iran.”

Saleh thinks the visa-free areas could be a positive for another reason. Iraq has been isolated for a long time due to security and political issues, Saleh says. This could be seen as a positive message to other regional governments who block the entry of Iraqis. “For example, a visa to visit Kuwait costs US$1,800 on the black market,” he complains.

Meanwhile local man, Ahmad Fadel, a civil society activist who recently visited what will be the visa-free zone, isn’t that impressed. For one thing, he says, the Iranian border guards treat the Iraqis crossing into their country badly. For another, there’s not much in Khorramshahr or Abadan that could really attract tourists. “The cities have poor infrastructure,” he notes.

And Fadel has another theory as to the reason behind the visa-free zones. He believes it may also be the Iranian reaction to Iraq’s new détente with Saudi Arabia, a country the Iranians tend to see as a geo-political rival. Saudi Arabia is about to reopen its consulate in new premises in Basra; it closed the original one way back in 1990.