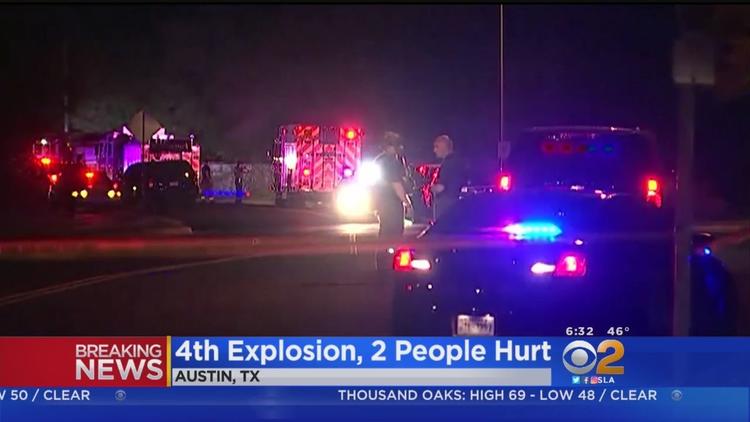 Two of the people who were killed belonged to African-American families with deep roots to city’s Black, religious and civil-rights groups.

After the 4th bomb went off in Austin, Texas, with the latest bombing injuring two men Sunday, investigators have suggested that there could be a possible link between the four bombings, and a possible “serial bomber” on the loose.

Two white men, aged 22 and 23 who were injured during the Sunday bombing activated by a trip wire, suffered non-life threatening injuries and were taken to the hospital the same day.

“We are clearly dealing with what we expect to be a serial bomber at this point,” Austin Police Chief Brian Manley said during a press conference Monday. “We have seen similarities in the devices that exploded here last night and the other three devices.”

“We are not going to understand that (message) until the suspect or suspects reach out to us to talk to us,” Manley said, according to Reuters adding that police are not ruling out that the bombings are “domestic terrorism or hate-related.”

Since the three parcel bombs, the police have received over 700 calls about suspicious packages, but the authorities have not found any that posed a security risk, Manley stated.

The police were considering the earlier attacks as possible hate crimes. The four bombings have injured at least four people and killed two people.

Investigators are working on identifying the people responsible for the three parcel bombs that exploded in three separate east side neighborhoods, killing two African-American males and severely injuring a 75-year-old Hispanic woman.

According to the New York Times, two of the people who were killed belonged to African-American families with deep roots to the city’s Black, religious and civil-rights groups.

Community leaders in Austin have said the first victim who succumbed to death on March 2, after the parcel was handed over, Anthony Stephan House, 39, was the stepson of Freddie B. Dixon, 73, a retired United Methodist minister and a civil rights advocate.

Another victim who died on March 12, Draylen Mason, 17, was the grandson of Norman L. Mason, a prominent dentist.

A US$115,000 reward has been offered for information leading to the arrest and conviction of the person or people responsible.

Syndicated with permission from TeleSur