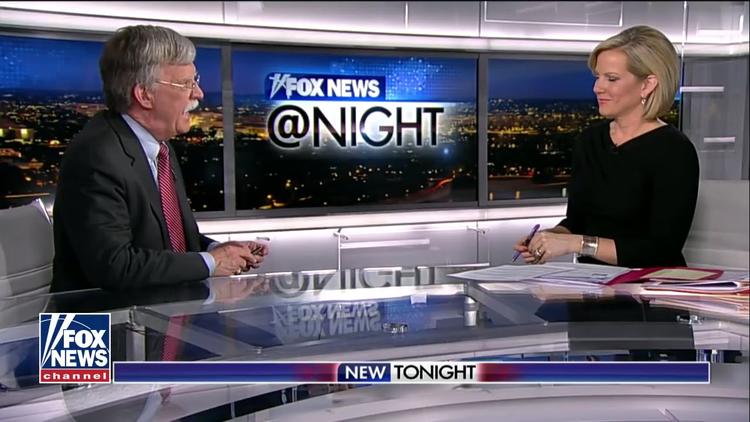 A widespread show of support at the local level could embolden lawmakers toward a no-first-use policy on nuclear weapons.

“Yes, John Bolton Really Is That Dangerous” read a headline from the New York Times.

The new head of President Trump’s national security policy is so belligerent that a Republican-controlled committee refused to confirm his appointment as ambassador to the United Nations under President George W. Bush. He was able to serve only as a recess appointee.

Bolton was part of the neoconservative group that pressed for the invasion of Iraq—helping to cherry-pick intelligence about, for example, weapons of mass destruction, supporting the case for war and sidelining opposing viewpoints.

He remains unrepentant about the decision to invade Iraq and overthrow Saddam Hussein.

In the 1990s, Bolton said that the United Nations headquarters could lose several floors and never be missed. He is chair of the Gatestone Institute, an anti-Muslim think tank that “routinely portrays Muslim migrants and refugees as an existential threat to Europe and the United States,” according to the Intercept.

He writes commentaries that press for pre-emptive war in North Korea and bombing Iran. And his view on recent plans for talks with North Korea, brokered by South Korea, is dismissive: It is worth talking with North Korea only to “foreshorten the amount of time that we’re going to waste in negotiations that will never produce the result we want,” he said on Fox News at Night.

The alarm over the Bolton appointment isn’t just among progressives. The American Conservative calls Bolton “an ideologue whose credo dogmatizes violence against enemies regardless of consequences or cost.”

In another article for The American Conservative, Gareth Porter wrote, “He has been obsessed for many years with going to war against the Islamic Republic, calling repeatedly for bombing Iran in his regular appearances on Fox News, without the slightest indication that he understands the consequences of such a policy.”

For years, Trump criticized U.S. intervention in Iraq. “But somehow,” as Maureen Dowd writes in The New York Times, “in his King George madness, Trump has circled back to elevate one of the chief Iraq war hawks to be his national security adviser.”

Given Trump’s disdain for real facts and policy briefings—and his craving for flattery, bold moves, and attention—John Bolton’s appointment as Trump’s chief foreign policy advisor is terrifying. The appointment requires no Senate ratification, so effective responses are hard to find. However, there are plans for pushing back, and the stakes couldn’t be higher.

What’s a democracy to do?

Despite Trump’s own disparagement of the Iran nuclear deal, his defense secretary, Jim Mattis, has admitted that the deal is working.

In Korea, South Korean President Moon Jae-in has succeeded in calming tensions with North Korea, and a summit with the North’s Supreme Leader Kim Jong-un is scheduled for April.

President Trump has agreed to meet with the North Korean leader. And, according to a report from Moon’s national security advisor, North Korea has made clear that it’s prepared to end its nuclear program if it can be assured that it will not be attacked.

“The North side clearly affirmed its commitment to the denuclearization of the Korean Peninsula and said it would have no reason to possess nuclear weapons should the safety of its regime be guaranteed and military threats against North Korea removed,” said a South Korean presidential spokesperson, according to the Yonhap news agency.

So peace is certainly a possibility. But pre-emptive strikes, including nuclear strikes, and all-out warfare are much easier to envision with the appointment of Bolton.

And Bolton is not the only pro-war appointee in recent days. Rex Tillerson is out as secretary of state, to be replaced by CIA Director Mike Pompeo, while Gina Haspel will replace Pompeo as director of the CIA.

What accounts for Trump’s pro-war appointees?

Congress should step up to its responsibilities under the Constitution and the 1973 War Powers Act.

It could be deflection. “A president who is desperate to try to turn the news away from the myriad of scandals under which he is buried is going to have someone who is going to eagerly recommend to him that you go around Congress and start what could be catastrophic war with North Korea and Iran,” Senator Chris Murphy said on MSNBC following the announcement of the Bolton appointment.

So what can avert disastrous military conflict with Iran, North Korea, and potentially also with China and Russia?

Lawrence Wilkerson, former chief of staff to Colin Powell, is calling on Congress to challenge the Trump administration’s foreign policy, starting with the confirmation hearings for Pompeo and Haspel. “If Americans believe that 17 straight years of war is enough, they need to stand by: another 17 or more is in the offing’” he wrote in a commentary for Lobe Log headlined “The Most Important Hearings of the Young Century.”

Congress should step up to its responsibilities under the Constitution and the 1973 War Powers Act, according to Daniel DePetris, a fellow at Defense Priorities. Congress has a number of tools at its disposal, including the power to allocate or withhold funding for military endeavors. “The most effective tool Congress can employ, however, is following the Constitution and authorizing wars before the first U.S. soldier is deployed,” he wrote. “Congress can be taken seriously on national security again if members in both houses and in both parties assert the legislative tools at their disposal and exhibit more political courage.”

In a New York Times column titled “Burn It Down, Rex,” Michelle Goldberg wrote that “the people who were supposed to be the adults in the room aren’t in the room anymore. The self-styled grown-ups are, for the most part, being replaced by lackeys and ideologues.”

Then she calls on former Trump appointees, who claimed to have a stabilizing influence on the Trump presidency, to level with Americans: “Whatever their accomplishments, if from their privileged perches these people saw the president as a dangerous fool in need of babysitting, it’s now time for some of them to say so publicly. … If these people see the administration as unequipped to handle an emergency, they owe the country a firsthand account of our vulnerability.”

And what policies could help?

The United States needs a no-first-use policy on nuclear weapons, said Steven J. Brams, co-author of “Game Theory and National Security,” in the Washington Post. China, India, and Israel have all recognized a version of this policy, he writes.

“There is great danger in these times, but the future remains unwritten and ours to shape.”

“If more and more nuclear states adopted NFU policies,” he wrote, “the world might banish the threat of nuclear war, bringing a new global equilibrium.”

Back from the Brink advocates a no-first-use policy, and also calls for municipal officials and elected bodies to endorse four other steps to avert nuclear war: ending the sole, unchecked authority of any U.S. president to launch a nuclear attack; taking nuclear weapons off hair-trigger alert; cancelling the plan to replace the U.S. nuclear arsenal with enhanced weapons (at a cost of $1.7 trillion over three decades); and actively pursuing a verifiable agreement among nuclear-armed states to eliminate their nuclear arsenals.

A widespread show of support at the local level could embolden national action. Young people, traumatized by school shootings and leading a remarkable movement against gun violence, could team up with baby boomers, who were told they should duck under a school desk in the event of a nuclear attack. American women can join their sisters across the world, especially Iranian and Korean women.

Christine Ahn, is among those calling on women to join forces. Ahn is founder and international coordinator of Women Cross DMZ, which is working for a peace treaty to end the Korean War, reunite families, and ensure women’s leadership in peace-building. Ahn and 30 women peacemakers from 15 countries joined together in 2015 for a walk across the de-militarized zone separating North and South Korea, along with 10,000 Korean women from both North and South.

“I’m organizing another women’s peace walk May 24–28,” she said in an email. The group hopes to walk once again across the DMZ. But even if they are not allowed to do that, Ahn still believes it’s important to show support for the administration of President Moon Jae-in, who was elected last year on a platform that included closer ties with the North, after a corruption scandal led to the impeachment of his predecessor.

“South Korea is probably the most democratic country in the world today and is standing up against Trump,” Ahn wrote. “If South Korea doesn’t go along with U.S. designs (and it’s clear what Bolton’s playbook is), no doubt the U.S. will use all its powers (covert too). So we really need to help protect Korea now.”

On a March 18 Global #CallForPeace phone call with Bernie Sanders, Ahn called for messages of solidarity. “There is great danger in these times, but the future remains unwritten and ours to shape. … Let us not turn our backs on the Korean people, but give them our global solidarity.”

Sarah van Gelder wrote this article for YES! Magazine. Sarah is a co-founder and columnist at YES!, founder of PeoplesHub, and author of “The Revolution Where You Live: Stories from a 12,000-Mile Journey Through a New America.” Read more about her work here, and follow her on Twitter @sarahvangelder.

Reprinted with permission from Yes! Magazine

Dan Rather @ The Young Turks: “The Real Danger of John Bolton”