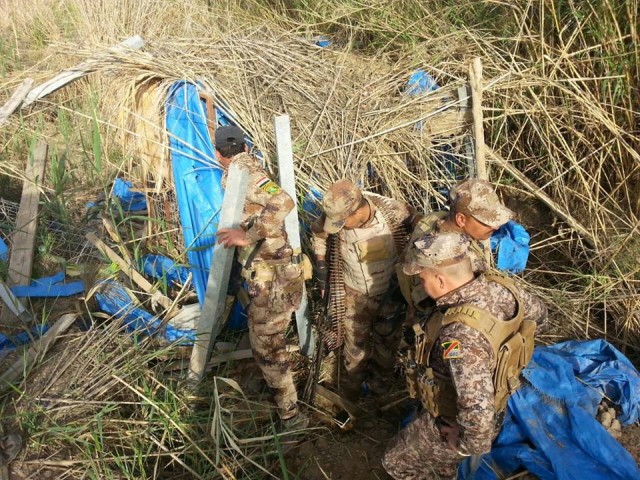 The honeymoon is over: After celebrating victory over the extremist [so-called] Islamic State group, Iraqi security forces now have to deal with a new wave of fighters who prepared to start a guerrilla war.

Over the past month there has been an increase in attacks by extremists in various parts of Iraq, but in particular, on the outskirts of cities that were previously controlled by the extremist group known as the Islamic State. “We have recorded dozens of terrorist activities in various parts of the country,” a senior officer in the defence ministry in Baghdad told NIQASH, off the record because he was not authorised to comment on the matter. “Especially on the outskirts of the liberated cities – east of Diyala, south of Kirkuk and in the Anbar desert as well as north of Salahaddin. We see it as a sign that the Islamic State has a plan to destabilize these cities.”

There have been surprise attacks on army patrols, ambushes on highways connecting cities and suicide bombers.

Where are all the IS fighters coming from, or, perhaps more importantly, where did they all disappear to?

“Today the Islamic State group is very weak and it cannot launch large scale attacks in the way that it used to,” the senior officer explained. “The army is undertaking a wide scale operation to prevent the extremists from re-grouping but there are still hundreds of extremist fighters who are free and who wish to re-establish violence.”

There are two important points becoming clear after the uptick in attacks by the Islamic State, or IS, group. While Iraqi pro-government forces have made it their responsibility to secure cities and city centres, they have not been able to – or have neglected to – secure the outskirts. Having said that, securing population centres’ outskirts has always been an issue for government forces. Often these are desert or agricultural areas, which are difficult to control, and often the pro-government forces lack decent intelligence in these areas too.

Secondly, the fact that the IS group still has the ability and opportunity to launch attacks is worrying, especially after the overwhelming defeat they have suffered during the last year; they have clearly adapted to their new circumstances.

The authorities have reacted relatively quickly to the attacks. Last Sunday, the Diyala provincial council was supposed to hold a special meeting to discuss the deteriorating security situation on city outskirts. But the meeting had to be postponed as the senior officers who were supposed to attend were busy supervising an operation, chasing the extremists.

“The IS group is trying to regroup in the eastern and northern parts of the city but joint security forces – from the army, the police and the militias – have chased them off,” Mizher al-Azzawi, a senior commander in the Diyala area, told NIQASH. Operations are ongoing, he noted, but things are under control.

The situation is similar in the central Iraqi province of Anbar, where counter-terrorism forces have been trying to prevent the IS fighters from entering Iraq via the Syrian border. The international coalition fighting the IS group has also started to publish details of air strikes on IS strongholds, something it had not been doing for a few weeks.

According to Mazen al-Mahalawi, an officer from the Iraqi army’s 8th division, all this has to do with the IS group’s forward planning. “The terrorists were very well prepared for the period following their defeat,” al-Mahalawi says. “They buried large stockpiles of weapons in the desert and in secret valleys. Last week we found warehouses full of medium and heavy weaponry and we discovered tunnels dug near the towns of Rutba and Heet.” The IS group controlled both at one stage.

Al-Mahalawi says that over the past months they have recorded ten different attempts by IS fighters to get into Anbar, via Syria. “That means they have their own headquarters’ inside Anbar,” he suggests. “So, the army is currently trying to find and destroy their bases. Last Monday we also carried out an important mission, sending some of our men deep into the desert where we were able to capture some of the organisation’s leaders.”

It is looking more and more like a guerrilla war that will take place on Iraq’s dark highways and in remote countryside.

Further north, around the unsettled area of Kirkuk, locals are even more worried. The security situation there has been disrupted due to the fighting between the Iraqi government and the authorities in the semi-autonomous region of Iraqi Kurdistan. The Kurds had been in charge of security but had to give way to Iraqi security forces.

On February 18, a group of pro-government militia fighters was ambushed in Sadouniya, south of Kirkuk and 27 were killed. On Monday, senior officer Raed Shaker Jawdat announced a new operation that would target the area around Hawija – another town formerly controlled by the IS group. Just hours after the operation began, the troops had already found three tunnels, a bomb-making factory and a rocket launcher.

All of these incidents bring up important questions. Does the Iraqi government have a plan to eradicate the IS group forever? Where are all the IS fighters coming from, or, perhaps more importantly, where did they all disappear to?

The battle for the IS group’s defacto capital inside Iraq, the major city of Mosul, was a long and arduous one. So it was somewhat surprising when the Iraqi army arrived in other, smaller towns occupied by the IS group, and they did not meet as much resistance. Often these cities were freed of the IS group far faster. But it seems clear now that the many IS fighters in those towns simply slipped away. Where to, nobody really knows as yet.

The only thing that does seem clear is that the IS group has not given up fighting the Iraqi government and that it had already planned for withdrawal, that would allow it to keep fighting. It seems the war against the IS group must continue – statements by Iraq’s prime minister, Haider al-Abadi, and the country’s senior Shiite cleric, Ali al-Sistani, confirm that this is generally accepted – except now it is looking more and more like a guerrilla war that will take place on Iraq’s dark highways and in remote countryside. 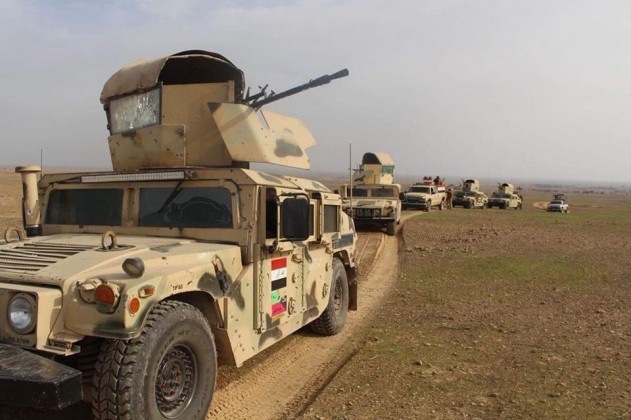