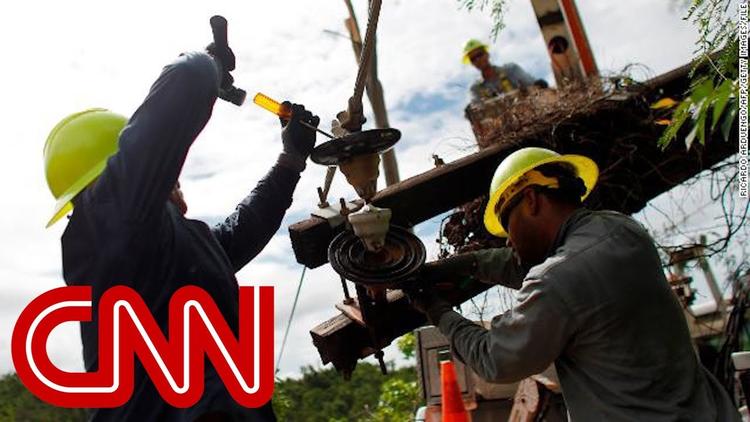 The Watchers: Watching the World Evolve and Transform | – –

The power grid has collapsed in Puerto Rico and the entire island lost power on the morning of April 18, 2018.

The cause of the outage wasn’t immediately known, but island officials and media confirmed electricity was out. The outage comes shortly after a tree fell on power lines and knocked the power out of 870 000 homes and businesses on the island during a repair work of the power grid.

It could take 24 to 36 hours to fully restore power, Electric Power Authority spokeswoman Yohari Molina said according to the Associated Press, adding that the crews were investigating what caused the blackout.

“This is too much,” Luis Oscar Rivera, who finally had power restored to his house less than two months ago, told the AP. “It’s like the first day of Maria all over again.”

Weather does not appear to be a factor in this outage. Winds were calm and storms were not present during the incident, according to weather.com senior meteorologist Jon Erdman.

Angel Figueroa, president of a union that represents power company workers in Puerto Rico, told that it appears a failure caused the entire electrical grid to shut down to protect itself. He said the union is investigating why a breaker at the main power station in the island’s southern region did not function when the outage occurred. He noted it was the same problem that caused a 2016 power outage that affected the entire island, according to AP.

Puerto Rico has struggled to restore power more than six months after Hurricane Maria knocked out power to 100 percent of residents. Some 40,000 residents in remote areas of the U.S. commonwealth have yet to see their lights turned back on since the storm, the AP also said.

Backup generators were put on at the island’s largest public hospital and at its main international airport, where officials reported no cancellations or delays. Meanwhile, the power company said its own customer service center was out of service and asked people to go online or use the phone, AP told.

This is the first blackout to affect the entire island in the wake of the hurricane.