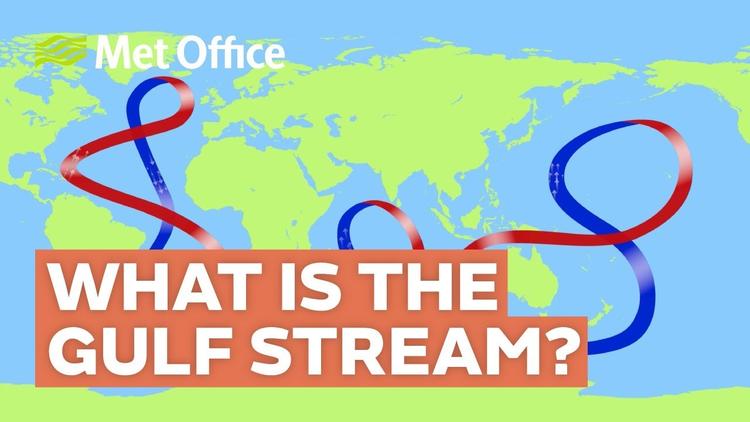 The findings imply that models used to project global warming scenarios had likely underestimated the contribution of a weakening AMOC, said the teams.

A system of Atlantic Ocean currents that regulates global weather is at its feeblest in 1,600 years after being weakened partly by climate change, prompting scientists to warn of trouble ahead.

Two studies in the journal Nature concluded that the system – dubbed the Atlantic Meridional Overturning Circulation (AMOC) – is in decline, validating a long-held scientific suspicion.

The teams agree the weakening is the result of melting sea ice, glaciers and ice-shelves gushing freshwater – less dense than salty ocean water – into the North Atlantic.

“This freshwater caused the AMOC to weaken because it prevented the waters getting dense enough to sink,” co-author David Thornalley, of the University College London, told AFP.

The AMOC is often likened to a conveyer belt redistributing warmth through the ocean, so regulating weather over land as well.

As the water cools in the cold Nordic seas, it sinks to great depths and travels southward all the way to Antarctica, eventually circulating back up to the Gulf Stream, and so on.

“If the system continues to weaken, it could disrupt weather patterns from the United States and Europe to the African Sahel, and cause more rapid increase in sea level on the US east coast,” said the Woods Hole Oceanographic Institution, which participated in the research.

Apart from warming Europe, the system transports important nutrients, oxygen and the larvae of marine organisms such as corals and fish between ocean regions. It also controls the ability of the seas to absorb and store carbon dioxide: the most abundant of the Earth-warming greenhouse gases.

For the first study, Thornalley and a team consulted historical “records” locked up in the ocean floor: sand grains deposited by ocean currents.

The larger the grains in a sediment layer, the stronger the current must have been. The data revealed the AMOC was relatively stable from about the year 400AD to 1850AD, then started weakening around the start of the industrial era.

The second study looked at sea-surface temperature patterns to conclude the AMOC has declined by about 15 percent in the last half-century, likely in response to global warming caused by humankind’s burning of coal, oil and natural gas.

The two teams found a similar degree of AMOC weakening, but over very two different time periods. This has implications for identifying the trigger: whether it was manmade or simply caused by natural changes in the climate.

“However, the fact that AMOC has remained weak and weakened further throughout the 20th century, with a noticeable decline since about 1950, is very likely due to human factors.”

The studies cannot predict whether the AMOC will regress further, however.

If it does regress, there will likely be further cooling in the North Atlantic; increased winter storms for Europe; a possible southward shift in the tropical rainfall belt, and faster sea-level rise off the U.S. eastern seaboard, said the teams.

Global warming, however, will likely more than counter any cooling of Europe due to a weaker AMOC, said Thornalley.

According to the E.U.-funded ATLAS research project, another study participant, commercial fisheries may be affected as the positions and depths of ocean currents shift, and some regions are starved of oxygen-rich waters.

“A weakening of the AMOC can also result in temperature increases or decreases of several degrees centigrade, affecting some high-value fisheries as well as abundances of plankton, fish, sea birds and whales,” ATLAS said in a statement.

Further weakening of the system “will leave more carbon dioxide in the atmosphere where it causes warming,” added Thornalley, thus perpetuating the vicious circle.

MET Office: “What is the Gulf Stream and why is it important?”