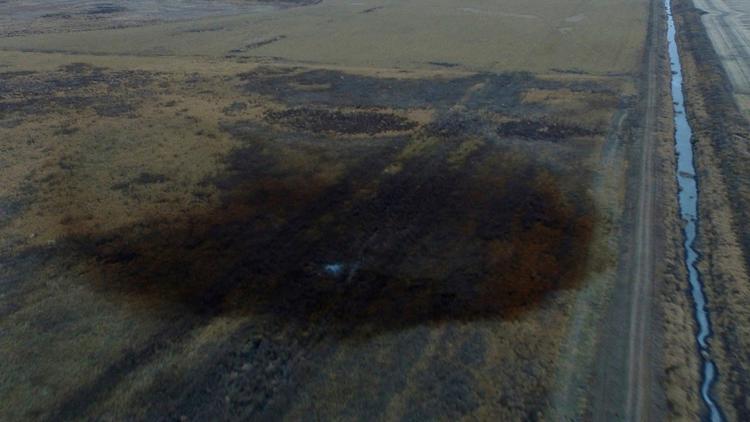 The spill gave further ammunition to environmental groups and other U.S. opponents of another pipeline the company has proposed, the long-delayed Keystone XL.

The Keystone crude oil pipeline leak in November in rural South Dakota was nearly double the original estimate, making it one of the largest U.S. inland spills since 2010, a newspaper report said Saturday.

Robynn Tysver, a spokeswoman for Calgary-based TransCanada Corp, which owns the pipeline, told the Aberdeen American News some 9,700 barrels of oil leaked in the Nov. 16 spill, the South Dakota paper reported. The original estimate was 5,000 barrels.

The spill gave further ammunition to environmental groups and other U.S. opponents of another pipeline the company has proposed, the long-delayed Keystone XL.

The TransCanada spokeswoman told the newspaper repairs have been made on the pipeline and a clean-up conducted. “We have replaced the last of the topsoil and have seeded the impacted area,” Tysver said in an email sent to the American News late Friday evening, the paper said.

Keystone has leaked substantially more oil, and more often, in the United States than the company indicated to regulators in risk assessments before operations began in 2010, according to documents reviewed by Reuters.

The leak and others in the U.S. come less than two years after massive protests were organized in North Dakota by Standing Rock Sioux Tribe water protectors and their allies against the Dakota Access pipeline, demanding its cancellation as it was being built on sacred lands and could damage their water sources.

The action against the US$3.8 billion pipeline had attracted more than 300 Native American tribes from across the United States in a show of unity that is being called historic.

Wochit: “Keystone Pipeline Leak In South Dakota Was Almost Twice As Much As Originally Reported”