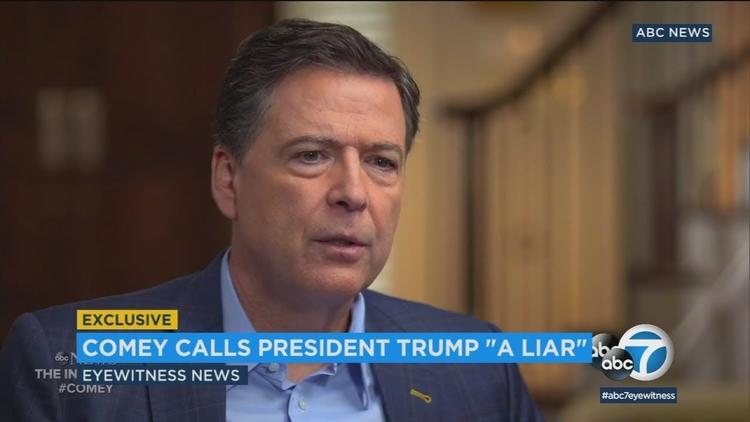 In former FBI director James Comey’s interview with ABC News, he attempted to position himself as an upholder of the rule of law, of the constitution, and even of the truth.

Human beings are very good at forgetting their own misdeeds and building narratives that justify themselves, which may even be desirable evolutionarily. But the particular shape of Comey’s amnesia is troubling because of what it means for American democracy.

Comey has been a central figure in the gutting of the fourth amendment of the Constitution and in attempts to make sure the FBI and the rest of the US government can break your encryption and spy on you illegally. It is true that Comey did not want to go as far in that direction as former vice president Dick Cheney, but he wanted to go so far as nevertheless to make the constitution meaningless and to make Americans vulnerable to hacking. You see, the tech companies cannot create backdoors for the FBI without creating backdoors for Russian troll farms in St Petersburg.

Comey condemned Edward Snowden for his revelations about illegal government collection of Americans’ data from telephone calls. Even that was misdirection because Snowden’s more important revelation was that the NSA has individual-level tools to monitor emails. But even the telephone metadata issue is grave, since it would tell you to whom Warren Buffet is speaking, potentially allowing manipulation of the stock market; it would tell you if a politician is seeing a specialist in venereal diseases, allowing you to blackmail him.

And apparently Comey and others corrupted the entire US judicial system by illegally requisitioning telephone metadata to zero in on drug sellers, then notifying local police to arrest them and lie to the judge about how the police began their evidence trail. 100,000 of the inmates in our vast penitentiary gulag are guilty of no more than selling some pot, which most of us don’t even think should be illegal, and many were put there by unconstitutional government surveillance which then concealed itself from the judiciary. Far from standing for the constitution or the truth, Comey dramatically undermined both. Comey has bequeathed these unconstitutional tactics to the weaselly and wholly unscrupulous Jeff Sessions, who is having his minions use them against DACA dreamers and Black Lives Matter.

Comey watched James Clapper lie to Congress about mass warrantless surveillance of the American people. Comey knew Clapper was lying. He did not come after Clapper. He did not resign. His insistence on truth-telling suddenly was abandoned. He was disappointed that Gen. Petraeus was not prosecuted for lying to the FBI about his affair. Clapper’s assassination of the Fourth amendment and dissimulation was not an issue for him.

Then there was his attempt to strongarm Apple into weakening (you might as well say deleting) encryption on its smartphones. Comey saw an opening to get rid of that pesky encryption by creating a legal precedent, and he lied about his true motives, maintaining that there was no other way for the FBI to investigate the San Bernardino shootings. (Let me help him with that; a couple of mentally unstable people were allowed to buy an arsenal and went postal). When the FBI did hack in, they found nothing useful. They did Apple the favor of demonstrating that current encryption is too weak.

National Security elites like Comey are not our friends when it comes to privacy. The NSA used tradecraft and bribery to get an encryption company to adopt an NSA standard, which turned out to have backdoors for the NSA. And, of couse, for everyone else.

American democracy was certainly hacked in 2016. You can argue about whether Putin’s patriots were decisive or not, but you cannot deny the attempt. Comey has been so eager to get the bad guys that he has robbed the rest of us of our 4th amendment rights and of our privacy, and gave Russian and UAE hackers essential tools.

He still can’t see it.