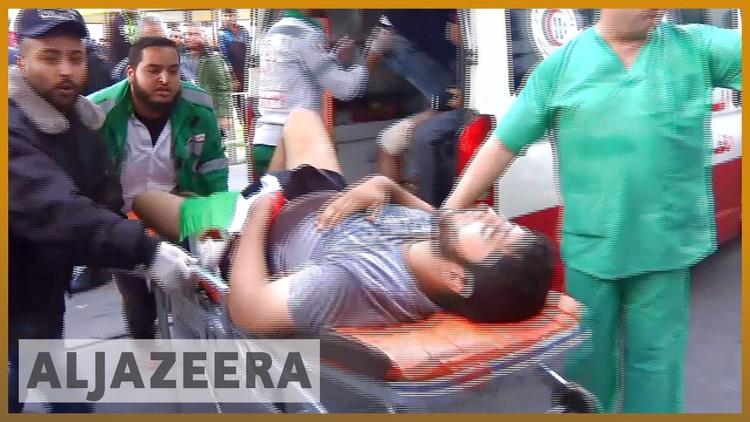 “Israeli soldiers have fired on Palestinians in Gaza for the second day running. Four young men were injured near the border, where 17 unarmed Palestinians were killed on Friday. Videos from Gaza show one protester being shot in the back while running away from the border with a tyre in his hand. Another man was shot while praying at the protest. The Israeli army is under increasing international pressure to explain why. Al Jazeera’s Alex Gatopoulos reports.”