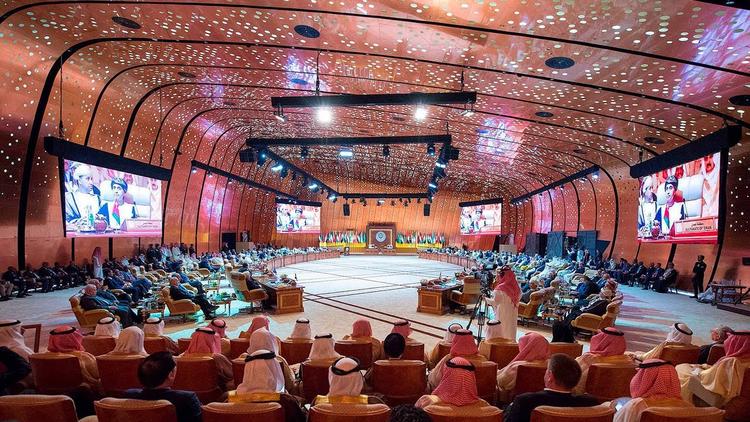 The remarkable face to face meeting of the leaders of North and South Korea is being watched with hope by many observers, given the long decades of enmity between the two and the recent nuclear sabre-rattling of President Trump.

At least in my circles, I see virtually no one condemning the meeting, though many are skeptical that it will lead to any practical result.

Winston Churchill said, “Meeting jaw to jaw is better than war.” Harold Macmillan later misquoted it as ‘it is better to jaw-jaw than to war-war,’ which is the quote that has stuck in the popular imagination. The meaning is much the same in either case, and the maxim is little attended to in either of its forms.

The administration of George W. Bush was notorious for trying to pretend that those states it viewed as enemies did not exist. Bush’s officials and diplomats tried not even to be in the same room with an Iranian diplomat, and Syria was likewise thoroughly scrubbed from existence. Of course, Iran and Syria were still there, and arguably handily defeated Bush’s Iraq boondoggle. Ignoring them did not equal defeating them. Moreover, both ignoring and boycotting them in some ways backfired. The US sanctions on Syria may have played a role in tipping it into insecurity. They were intended to do so, but it is difficult to see how the US benefited, whereas Iran came out on top.

Now, the new Saudi regime of King Salman and his son, crown prince Mohammed Bin Salman, have adopted the old Bush policy. They are all about denigrating rival states that don’t toe their party line, and about shunning them.

So here’s an idea.

Bin Salman should meet Iranian President Hassan Rouhani for a wideranging discussion of their regional conflicts and Cold War. Even the quirky populist, President Mahmoud Ahmadinejad, had been brought over for consultations by the previous king. In contrast, Rouhani is an experienced negotiator and a man of wide culture, and meeting him would be a hundred times more productive than meeting his predecessor.

Given that Bin Salman likes to kidnap people and put them in a golden cage while he squeezes them, any meeting he conducts with Rouhani should probably be on neutral ground, lest the Iranian president end up being Ritzed.

Muscat in Oman would work. Or Yerevan, Armenia.

Saudi Arabia’s Bin Salman feels as though he is losing to Iran regionally. Iraq’s Shiite-led government tilts to Tehran. So does the secular one-party Baath state in Syria, inasmuch as both Damascus and the ayatollahs want to repress Sunni fundamentalists (some of them allied with Saudi Arabia). Lebanon’s current cabinet has a slight majority of Hizbullah and its allies (including Christian allies), though the prime minister is a dual Lebanese-Saudi national. Bin Salman blames his failures in the Yemen war on Iranian support for the Zaydi Helpers of God (Houthis), though Iran’s touch there is likely very light and most of the weapons the Houthis have are American, transferred to them by friendly elements in the Yemeni army. Zaydis, and many Yemeni Sunnis, would be mobilized against a Saudi invasion whether Iran existed or not.

Two decades ago, three of these states– Lebanon, Iraq and Yemen– were Saudi allies, and Syria was relatively unimportant.

The geopolitical struggle is made all the more momentous because of Iran’s small, civilian nuclear enrichment program, which has now largely been mothballed as a result of the 2015 UNSC Iran deal (JCPOA). Saudi Arabia, like Israel, remains deeply skeptical of Iran’s ultimate intentions.

New Secretary of State Mike Pompeo’s first order of business appears to be to sabotage the 2015 Iran deal in cahoots with Likud PM Binyamin Netanyahu and MbS. (More on that anon).

So the Saudi-Iran standoff has some resemblances to that between the two Koreas. If the leaders of the latter two are widely recognized as being wise to meet, then why wouldn’t it be equally desirable for MbS to sit face to face with Rouhani?