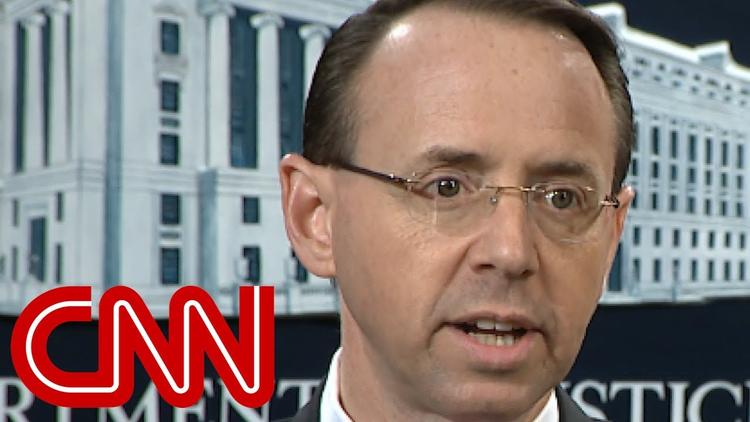 The broad hints Trump gave Monday that the search of his personal attorney’s offices on a tip from Robert Mueller might lead him to fire deputy Attorney General Rod Rosenstein has galvanized the American left, which is pledging massive public rallies in response.

Public protests and rallies are great if they get people involved, but in and of themselves they are not enough. There were massive anti-war protests in spring of 2003, perhaps the biggest in American history, but they did not stop the invasion and occupation of Iraq by Bush-Cheney and their Big Oil backers. The beginning of the end of the US occupation of Iraq came only in 2006, when the Republicans lost the midterms and Secretary of Defense Donald Rumsfield (ripe for investigatory Congressional hearings) was forced from office. The nail in the coffin of the occupation came in 2008 when the Blue Wave turned the GOP into a rump regional party of the Old Confederacy.

The lesson is that protests in and of themselves do not alter the course of affairs. Electing decision-makers does.

When I give public talks around the country, people often ask me, in some puzzlement, what they can do to change things. I tell them to get involved in politics. In midterms, it is not unusual for only a third of the population to vote. That was how the Tea Party took over Congress in 2010 and hobbled President Obama permanently from accomplishing virtually any of his legislative agenda. The Tea Party was billed as a grass roots movement, but it was a covert operation of a few far right wing billionaires, who were afraid Obama would raise their taxes to pay for universal health insurance. They have gone a good way toward reversing Obama’s steps in that direction, and managed instead to accomplish the largest give-away of wealth to the upper crust in American history, just a couple of months ago.

But if you look into it, the billionaires didn’t spend that much money on hobbling Obama and putting in Trump.

The money of a handful of cranky old white rich people is only efficacious because everybody else is playing couch potato and moaning at the television screen.

If they did not donate money to a campaign, they don’t have a right to moan.

Going to your town square and protesting will have zero effect if you don’t give money to a candidate, walk the neighborhood ringing doorbells for her, and get out the vote.

Public hopes for a Blue Wave in November could well be overblown. Most states allow partisan state legislatures to draw the electoral lines, allowing them to set up the voting districts in ways that favor the incumbent party. This skewing of electoral districts is an old practice going back to the nineteenth century, called gerrymandering because some of the districts were so complicated they looked like a salamander. The majority of the bad gerrymandering in the past couple of decades has been carried out by Republican legislators, as in Texas, where they split Democratic Austin into eight districts and attached a rural Republican majority to each, effectively disenfranchising Austin’s Democrats.

Some states, like California, have gone to a non-partisan commission system for setting districts. Get a pledge from your state representative to support such a change.

There is increasing evidence of a significant Russian trolling operation in the 2016 election, but that is unlikely to have been decisive.

What was decisive is that 38.6% of the electorate did not vote. Specifically there was a 7% decline in the African-American vote from 2012, a drop of 750,000 or so. Some of those stay-at-homes were in Detroit, and if they had come out Trump would not have won Michigan.

I am not blaming them. They clearly were not invigorated to vote by the Democratic campaign that Podesta and Clinton ran.

What I am saying is that if you want a Blue Wave in November, you can’t get it unless you bring back out those missing 750,000 African-American voters. Which means you need Democratic candidates who will address their problems.

You could argue to them that Jeff Sessions is one of their big problems.

In general, in the United States eligible voters from families of four making $40,000 a year or less have just checked out of the political system and mostly don’t vote.

This outcome is not inevitable. In India, in contrast, the poor do vote, which is why even the right wing in India often sound like Western sociaists.

Overcoming the massive GOP gerrymandering in places like Texas and Wisconsin will require reaching out to those disprivileged populations who ordinarily don’t vote. That endeavor will not happen unless you, personally, join in and give of your time, money and effort.

A march is a pleasant Saturday afternoon with friends. It is emotionally satisfying. But it is only a beginning, and unless you get political , then the Trumpies will go on getting their way.

By the way, if Trump gets rid of Rosenstein and finds someone in the DOJ to fire Mueller, then Mueller’s investigation is likely over with. Entirely. All the threads of potential wrongdoing he unraveled would just sit there in files save for the indictments he has already brought. The investigation of Trump’s private attorney, Michael Cohen, will continue, since that inquiry is being conducted by the US Attorney’s office for southern New York, ironically by a Trump appointee who replaced Preet Bharara, who was fired to stop this sort of thing from happening.

But Trump really could just deep-six the Mueller investigation.

And there would be nothing anyone could do about it as long as the GOP has both houses of Congress.

Standing in the streets chanting won’t change that outcome. Canvassing for a genuinely Left candidate this fall could.

PS: Informed Comment is not a 501(c)3 nonprofit precisely because they are forbidden from taking partisan positions such as the one in this essay. Apparently lack of this tax deductible status hurts our annual fundraiser. If you like Informed Comment, remember to donate, since it is almost completely reader supported (the occasional ads don’t amount to much).