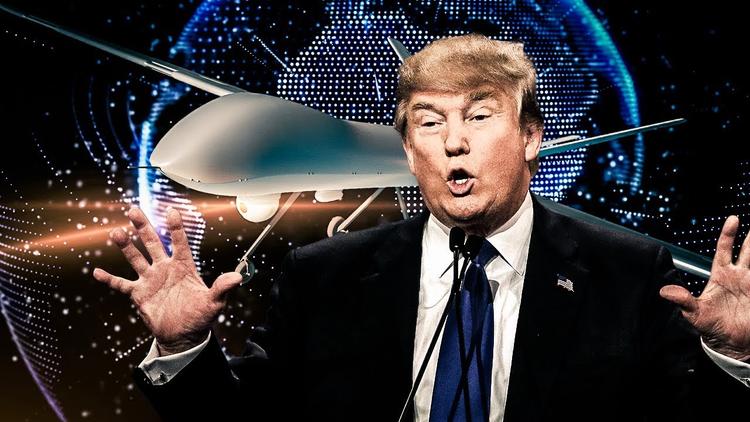 Greg Jaffe at the Washington Post reports that Trump has reversed an Obama-era push to get the Central Intelligence Agency out of the business of assassinating people with drone strikes (Obama had tried to shift most such operations to the Department of Defense).

In the course of reviewing video of a drone strike, Trump noticed that the drone pilot held off hitting the suspected militant in his own home (which would have killed his family as well) and waited until he was some distance outside it until they assassinated him.

Jaffe writes, “Trump asked, “Why did you wait?’ one participant in the meeting recalled.”

This is actual sociopathy: https://t.co/nLYRJ78Ney

Readers may remember that when Trump came into office, I warned of psychopathocracy, the rule of persons without conscience, without empathy, without the milk of human kindness, without any appreciation for the rule of law.

What Trump was asking for was the murder of children. He was actually, if the report is true, scolding the CIA for leaving the children alive rather than burned and dismembered by a rocket.

This form of government has gripped the United States with increasing ferocity during the past, succeeding, year. Some informed observers have alleged that once Trump got in, he lightened the rules of engagement for aerial bombardment in campaigns against ISIL such as Mosul,leading to massive civilian casualties and extensive destruction of civilian buildings and infrastructure. Iraq may or may not recover from this brutality.

Trump’s Secretary of the Environment has gutted regulations intended to keep Americans from being poisoned by irresponsible corporations, one after another. He lifted restrictions on Chlorpyrifos, a deadly pesticide that harms infants and children. He is making our water more dangerous and more polluted. Auto emissions standards were the latest to be savaged. Scott Pruitt is so transparently a sockpuppet of big Oil and Gas and Chemical that he actually lived in a subsidized apartment in Washington DC owned by a natural gas lobbyist for whom he did political favors! In order to create a public health crisis of this magnitude, Pruitt has to completely lack a social conscience, has to be utterly oblivious to the lives he is blighting.

That is actual sociopathy, or as I put it, psychopathocracy.