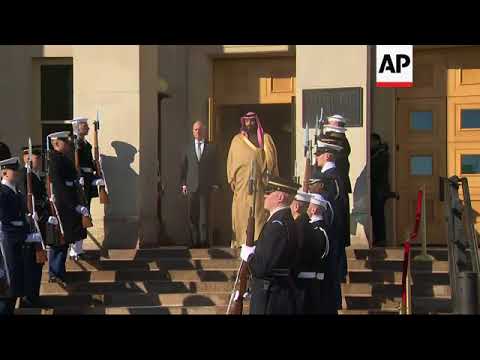 The Arabic press is reacting to remarks of Saudi Crown Prince Mohammed bin Salman to the Wal Street Journal warning of war with Iran unless more severe economic and military sanctions are applied to that country.

Bin Salman’s analysis, as usual, is both incredibly self-serving and completely incorrect.

He is licking his wounds after having been outmaneuvered by Iran in Syria (where Tehran brought in and allied with Russia to defeat Saudi-backed hard line Salafi attempts to take Damascus); Iraq, where Iranian forces were key to defeating ISIL while the Saudis offered almost no help; Qatar, where the illegal Saudi blockade gave Iran the opportunity to strengthen ties with Doha; and Lebanon, where Bin Salman’s brazen kidnapping of the sitting prime minister late last year failed to dislodge him or to weaken the political clout of Iran-Allied Hizbullah.

Moreover, there is a question as to why exactly Iran should be boycotted and who would do it. European business leaders are delirious about the possibility of opening a virgin country with the population of Germany and the GDP of Poland. They don’t care about Iran’s alliances with Baghdad, Damascus and Beirut. Russia and China are eager for business Iran and disdainful of the GOP Congress’s Iranophobia. Even Turkey wants a wants vastly to expand its trade with Iran.

An economic boycott by the US alone, joined by Saudi Arabia, Bahrain, the UAE and Egypt (the only partners Bin Salman has managed to find for his project of Saudi hegemony) would be completely ineffective, and would simply represent a business opportunity for e.g. France and Italy.

Moreover, the whole premise that isolating Iran and boycotting it will forestall an eventual war is wrong-headed. Iran is not an aggressive power and unlike Saudi Arabia has not invaded any of its neighbors. Barack Obama’s hopes of normalizing Iran and drawing it into a thick network of trade and diplomatic relationships are much more likely to forestall war than an international blockade (which itelf would be an act of war in international law).

Bin Salman joins a long list of petty dictators who have trooped off to Washington to enlist it in some harebrained local scheme.

Washington has not always has the wisdom to resist.