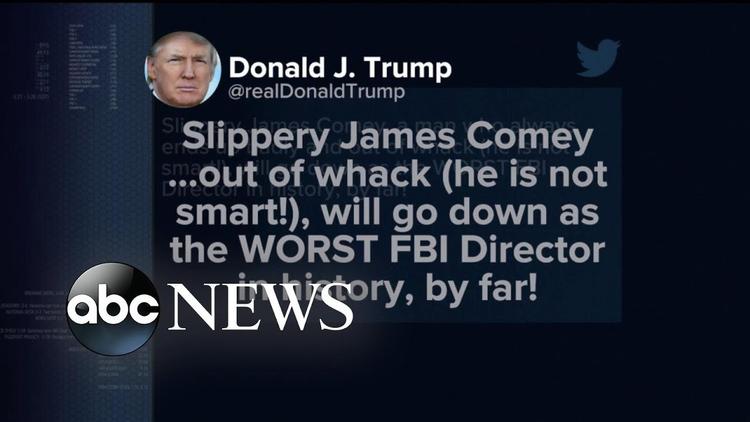 Frustration and bewilderment are common in media accounts of this administration’s expansive chaos. Even well educated writers turn to expletives, as if proper language were inadequate to convey the shock and dismay. Still, it is not that difficult to identify the source of puzzlement: neither Trump nor his appointees follow the rules. From the beginning he has systematically pursued the substitution of a pre-modern style of arbitrary rule for a modern, rule-based government. What we call chaos is what he calls power. The bad news is that, with help from a gullible press, this administration has been surprisingly successful in confusing these two systems in the public mind. That is dangerous. The longer we fail to mark the distinction between arbitrary and rule-based government, the more successfully the president can install personal privilege as the default conception of authority in the popular imagination.

The contrast I’m talking about made its appearance on CNN last week when Former EPA Secretary Gina McCarthy suggested that the current EPA chief was not following professional standards. Rather than pursue his charge as head of the EPA, his actions instead put the environment at risk. The interviewing journalist countered suggesting that, in our Democracy, an election brings in a new president with different views reflecting the popular will. When that happens, the EPA Secretary is empowered to carry out the new president’s wishes.

What the journalist delivered was a textbook description of how a feudal system operates. In that scenario, all political authority resides within the king. The king parcels out portions of his authority to vassals, who have broad discretion to exercise privilege within their domain. In this view, a democracy differs from an aristocracy only in that the king is elected with term limits. Gina McCarthy knew better and so responded by stressing the fact that she, like her Republican and Democrat predecessors, “followed the law. I followed the process.” That last sentence says it all. In a rational administration, an officer’s authority actually resides within the office, and so power is checked by its stated charge and routine procedures.

In his discussion of aristocracy Tom Paine marked the difference between traditional kingdoms and modern states in precisely these terms. An office requires the officer to have certain knowledge or skills so as to carry out his charge, but an aristocratic title describes nothing, and means nothing, because privilege is arbitrary. Similar notions can be found in Jefferson and Rousseau but, you might say, we have long since forgotten our roots.

The danger here comes from the fact that anyone who watches Hollywood films (Lion King, Harry Potter, Lord of the Rings) easily grasps the notion of privilege, while the media presents elections as a kind of popularity contest with the winner being anointed king for a term. The idea that all elected or appointed officials are public servants constrained by their charge is rarely mentioned.

The genius of Trump, or his handlers, lies in their deep grasp of this dynamic. Every time Trump does something outrageous, he is in fact asserting privilege as power. We are seriously mistaken to dismiss such acts as merely unprofessional. Each and every outrage only proclaims more brightly his power as understood by his base. Chaos is his secret weapon. Just think how the kings of old awed their minions with obscene expenditure even in the face of rampant poverty, and were loved for it? The United States Constitution was written to replace the ancient reign of privilege, not merely with elections (the aristocracy knew well how to manipulate those) but with offices checked by a charge and routine procedures.

In defense of privilege there are those who argue that the post-Enlightenment order was but a fluke of Western history and that, now, we are merely returning to the normal state of affairs. This is no less a fantasy than Mr. Trump’s highly stable genius. Even in imperial China, the legendary home of Oriental Despotism, men who overstepped the limits of office were charged with the crime of exercising public authority as private persons. We actually have records of officers prosecuted for killing innocent men, simply because their office did not give them the authority to do that. Nor is China exceptional. Calls for rule by the competent can be found in many times and places, such as when the ninth-century leader of the Zanji revolt, a black Muslim slave, declared that the most qualified man should rule, no matter what his status or rank.

The fact is, privilege is not natural, it is just primitive, and no matter how specialists wish to quibble over the language of our Constitution, one thing is certain: it was intended to replace rule as privilege with rule of law. It is time the press made that distinction clear to the voters.

Martin Powers is Sally Michelson Davidson Professor of Chinese Arts and Cultures at the University of Michigan, and former director of the Center for Chinese Studies. He has authored numerous works on Chinese art and culture, as well as on European representations of China.

ABC News: “Trump tweets and calls James Comey, ‘slippery’ and ‘out of whack'”