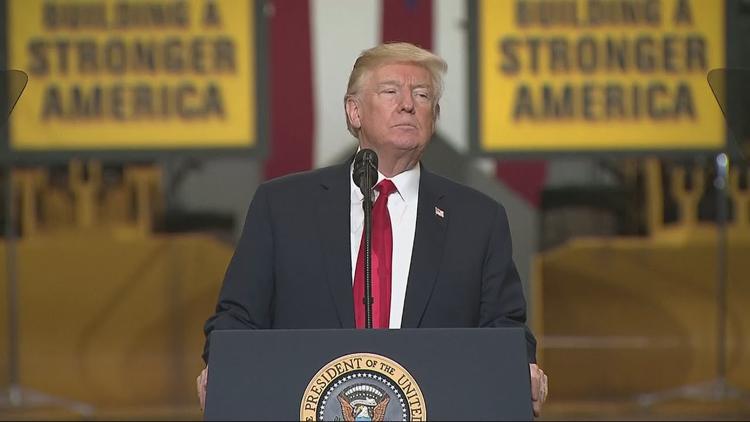 While Mike Pompeo and John Bolton have shown that they can communicate with Donald Trump, neither has ever shown any capacity for dealing with a crisis, much less arresting the decline of US leadership in the world. The expected meeting between Trump and North Korean leader Kim Jong-un will be their first test.

After over a year of near-daily drama, the world has begun to adjust to the reality of the Trump administration, which includes frequent ad hominem attacks on foreign leaders and capriciousness in relations even with close allies. Beginning with German Chancellor Angela Merkel, America’s allies, especially in Europe, have recognized that they can no longer count on the US as a partner.

As a result, these leaders are increasingly attempting to mitigate the effects of the Trump administration’s unilateral decisions, many of which directly undermine global cooperation. Notably, Trump withdrew the US from the Trans-Pacific Partnership and the Transatlantic Trade and Investment Partnership – two initiatives that would have helped to cement America’s global leadership, had the Trump administration not insisted on regarding them as Lilliputian conspiracies against the US.

More recently, Trump doubled down on this approach, announcing stiff tariffs on aluminum and steel, from which some allies – but not Japan – are temporarily exempted. This doesn’t look good for Japanese Prime Minister Shinzo Abe, who had rushed to be the first to embrace the Trump administration. While Abe will recover his political footing on the tariff issue, he will be far more cautious moving forward.

As these developments unfolded, Tillerson and McMaster struggled. Diffidence and arrogance is a fatal combination for a secretary of state, yet that is precisely what Tillerson displayed – and he rarely seemed to have a good day in the job. Similarly, McMaster – a hasty but welcome replacement for the disgraced Michael Flynn – seemed to be in over his head, unable to connect with the president or manage interagency dynamics.

By contrast, Pompeo and Bolton have shown that they can communicate with Trump – no small feat for a president who, well into his second year in office, has yet to develop a strong relationship with his national security team. But neither has ever shown any capacity for dealing with a crisis, much less arresting the decline of US global leadership.

Becoming Secretary of State – the cabinet’s most prestigious position – is a significant step up for Pompeo, whose short tenure as CIA director was preceded by a six-year stint in the House of Representatives, representing Kansas’ fourth congressional district. Most Americans first heard of him in 2015, when he grilled then-Secretary of State Hillary Clinton on her supposed role in the tragic death of the US ambassador in Benghazi, Libya. While that performance could conceivably indicate a welcome concern about the security of US diplomats abroad, it also indicates a politicized approach to security and decision-making, which was also reflected in Pompeo’s tenure at the CIA.

As for Bolton, he has served as a political appointee in several administrations. He made his mark as an archenemy of traditionally apolitical government agencies, which Trump administration officials have now labeled part of the “deep state,” regularly accusing such professionals – as well as diplomats – of “appeasement.”

A relentless bureaucratic brawler, Bolton is not without accomplishments. His Proliferation Security Initiative, launched during President George W. Bush’s administration, is generally regarded as a diplomatic success that has helped to foster international cooperation. But, for the most part, Bolton has shown himself to be a foreign-policy hawk with a penchant for unilateralism.

With the North Korea crisis looming, the world will not have to wait long to find out how Bolton’s and Pompeo’s inclinations translate into action. Both are expected to start their new jobs in the run-up to Trump’s expected summit with Kim Jong-un – the product of yet another abrupt unilateral decision by Trump.

Many within the Republican Party who are skeptical of diplomacy, of whom Bolton is a leader, have balked at Trump’s decision to meet with Kim, arguing that talks with dictators are a waste of time that ultimately play into autocrats’ hands. Even those who instinctively support diplomacy have serious doubts: with no further diplomatic steps available, if Trump’s gambit fails, only military solutions will be left.

Bolton and Pompeo may believe that the best possible outcome is for the meeting to take place, with Trump storming out angrily. But a negative outcome is not what most people want, especially given the lack of compelling alternatives. And it is almost certainly not what Trump wants, given his eagerness to prove that he was wise to accept Kim’s invitation to meet. The extent to which Pompeo and Bolton support the initiative will thus have a significant impact not just on the summit itself, but also on Trump’s presidency.

Successful summits tend to be those that are well prepared. Will Bolton be willing to engage the South Korea’s leaders, whom he has so often criticized as appeasers, in order to harmonize the US and South Korean positions? Will he or Pompeo work with the Chinese to identify an effective mode of cooperation? Will either official be willing to meet with the North Koreans before the summit to ensure a positive outcome?

A president may pull a rabbit out of a hat from time to time. But that trick is possible only when diplomats – usually led by the national security adviser and the secretary of state – have prepared the props. Whether Pompeo and Bolton can do so remains unclear. What is clear is that we will have to rely not on experience, but on hope.

Christopher R. Hill, former US Assistant Secretary of State for East Asia, was US Ambassador to Iraq, South Korea, Macedonia, and Poland, a US special envoy for Kosovo, a negotiator of the Dayton Peace Accords, and the chief US negotiator with North Korea from 2005-2009. He is Chief Advisor to the Chancellor for Global Engagement and Professor of the Practice in Diplomacy at the University of Denver, and the author of Outpost.

ODN: “Trump ‘hold up’ South Korea deal for the North”