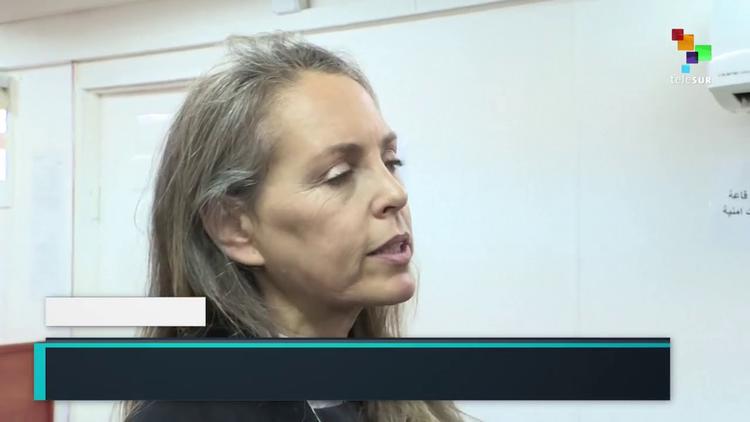 Lasky has filed several complaints against interrogators for verbal and physical sexual harassment but said that no investigations were opened into any of her complaints. She has described this as a “gross violation of the law”.

In her complaint, the lawyer wrote that one of the interrogators questioned Ahed in an inappropriate way for a female minor, which amounted to sexual harassment.

The same interrogator told Tamimi that he would arrest her relatives and interrogate them if she did not respond to his questioning.

Lasky also said that despite the fact that Tamimi is young, she was interrogated simultaneously by two men without the presence of a woman in the room or even an interrogator specialised in questioning minors.

“This proves that the [Israeli] law enforcement system infringes upon the rights of Palestinian minors,” Lasky also wrote in her complaint to the Israeli attorney general.

Reporters at The Daily Beast said they had watched an exclusive video footage of Tamimi’s interrogation leaked on Sunday which reportedly shows the teenager enduring two hours of questioning on 26 December. One of the interrogators tells her: “You have eyes like an angel” then tries to explain how she is like his sister who “spends all his money on clothes”.

According to Al-Araby Al-Jadeed sexual harassment and abuse, including rape, is routinely used by Israeli authorities to humiliate and torture both female and male Palestinian prisoners.

She told reporters last month before the court accepted the plea bargain that “there is no justice under occupation and this is an illegitimate court”.