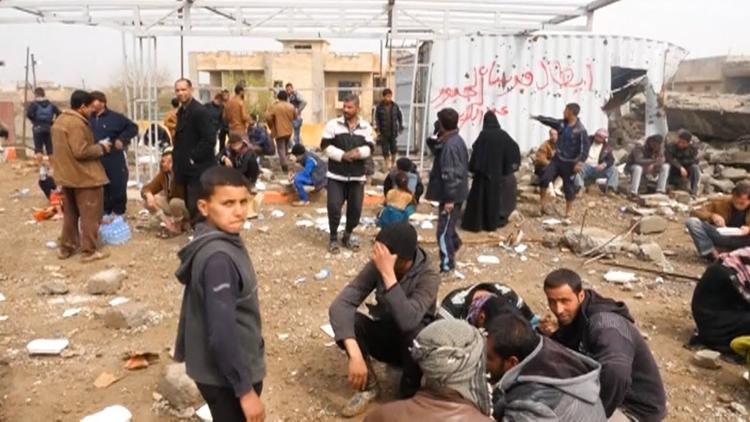 It is unlikely that former US President George W. Bush or any member of his administration will ever stand trial for initiating a war of aggression in Iraq. But it is still worth recounting the illegality of that act, not least because it is directly relevant to official US thinking on Iran and North Korea today.

PRINCETON – Last month, the New York Times marked the 15th anniversary of the US-led war against Iraq with a poignant column by Sinan Antoon, an Iraqi novelist living in the United States, entitled “Fifteen Years Ago, America Destroyed My Country.” Antoon opposed both Saddam Hussein’s brutal dictatorship and the 2003 US-led invasion, which plunged the country into chaos, inflamed ethnic tensions, and killed hundreds of thousands of civilians. By destabilizing the region, the war enabled the rise of the Islamic State, which at its height occupied a substantial slice of Iraqi territory, beheading its opponents, attempting genocide against the Yazidi minority, and spreading terrorism around the world.

The war to overthrow Saddam was, beyond doubt, a tragic blunder. Antoon maintains that it was also a crime. If that is correct, its perpetrators are still at large. Few Americans will take seriously the assertion that President George W. Bush and other members of his administration – including Vice President Dick Cheney, Secretary of Defense Donald Rumsfeld, and John Bolton, recently appointed by President Donald Trump as his next National Security Adviser – are war criminals. Nor will many Britons think of Prime Minister Tony Blair in that light. Yet the case for saying that they committed a crime is surprisingly strong.

The idea that it is a crime to initiate a war of aggression goes back at least to 1919, when the Treaty of Versailles provided for Kaiser Wilhelm II to stand trial for “a supreme offense against international morality.” No such trial took place after World War I, but after World War II, initiating and waging wars of aggression was one of four charges on which, during the Nuremberg Trials, the International Military Tribunal convicted and sentenced to death 12 Nazi leaders, among them Reichsmarschall Hermann Göring, Foreign Minister Joachim von Ribbentrop, and Field Marshal Wilhelm Keitel.

After the trials, the International Law Commission of the United Nations codified the underlying legal principles in a document known as the Nuremberg Principles. The Principles state that anyone who commits a crime under international law is responsible for it and liable to be punished, regardless of the legality of their behavior according to the domestic law of the country in which they acted. The document sets out several crimes under international law, including “Planning, preparation, initiation, or waging of a war of aggression or a war in violation of international treaties, agreements, or assurances” and “Participation in a common plan or conspiracy” to initiate or wage such a war.

The US and the United Kingdom played leading roles in the Nuremberg Trials. If they fail to apply the same standards to their own leaders, is there not a whiff of hypocrisy?

The invasion of Iraq was an act of aggression against a country that was not attacking or threatening to attack another country. It was also a violation of the UN Charter, which includes the statement: “All Members shall refrain in their international relations from the threat or use of force against the territorial integrity or political independence of any state, or in any other manner inconsistent with the Purposes of the United Nations.” Bush and Blair sought Security Council authorization for the attack, claiming that Iraq was in violation of its agreement to disarm. But France, China, and other Security Council members refused, arguing that the weapons inspectors then in Iraq should be allowed to continue their work in order to establish whether Saddam possessed weapons of mass destruction. Nevertheless, Bush and Blair went ahead with the attack.

Peter Singer is Professor of Bioethics at Princeton University and Laureate Professor at the University of Melbourne. His books include Animal Liberation, Practical Ethics, The Ethics of What We Eat (with Jim Mason), Rethinking Life and Death, The Point of View of the Universe, co-authored with Katarzyna de Lazari-Radek, The Most Good You Can Do, Famine, Affluence, and Morality, One World Now, Ethics in the Real World, and, most recently, Utilitarianism: A Very Short Introduction, also with Katarzyna de Lazari-Radek. In 2013, he was named the world’s third “most influential contemporary thinker” by the Gottlieb Duttweiler Institute.