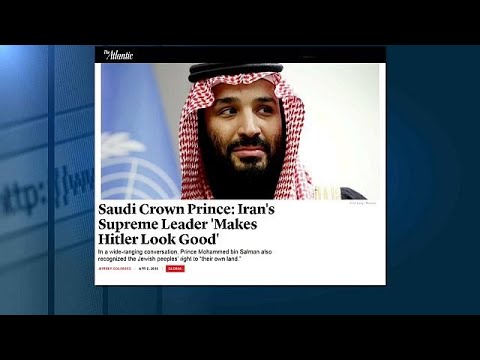 1. Iran has not invaded Poland. In fact, Iran hasn’t invaded another country, arguably, since 1785. Iran has supplied a small contingent of Revolutionary Guards to the governments of Iraq and Syria, at their request, to fight ISIL or other rebels against those governments, but US troops in Afghanistan play the same role for Kabul. I think the Iranian help to Iraq against ISIL was necessary and heroic. The Iranian role in Syria, in contrast, has often been counter-revolutionary and shameful. We’re not in WW II territory here, however.

In contrast, in 2015 Saudi Arabia and its allies invaded Yemen and have been making war on it ever since. Saudi Arabia also intervened in Syria, backing the equally fascist Army of Islam jihadis and ordering bombings in Damascus.

2. Iran has a small Jewish community of some 9,000 persons and Iranian Jews have a representative in parliament. Although many Iranian Jews have felt that the Islamic Republic, with its Shiite fundamentalism, reduces them to second class citizens, and tens of thousands have emigrated, there have been no pogroms. The country is full of synagogues. The hoary lie that former Iranian president Ahmadinejad threatened to “wipe Israel off the map” is just, that, a lie.

In contrast, the Saudi Arabian government permits no synagogues and does not allow any organized Jewish community to live in the country.

3. Iran has a military budget of $15.9 billion a year, about the same as that menacing military powerhouse, Canada (which has less than half Iran’s population). (Israel’s military budget, for a population about 10% of that of Iran, is $17 bn.; in the same range is that of the United Arab Emirates, with 1.5 million citizens.)

4. Iran has no air force to speak of, with 130 old fighter jets, and has 1600 old tanks. It has no navy to speak of, either. Israel, with 8 million people to Iran’s 82 million, has 243 fighter jets of the latest models and 2600 sophisticated tanks. Saudi Arabia, with 20 mn citizens, is making $110 bn new arms purchases, and already has nearly as many as and much better weapons than Iran.

5. Iran is not a democracy, and carefully vets the candidates allowed to run. It is not, however, a one-party state. There are surprises in its elections and parliament has on occasion shown an independent streak.

Saudi Arabia is a dictatorship, with no parliament or national elections.