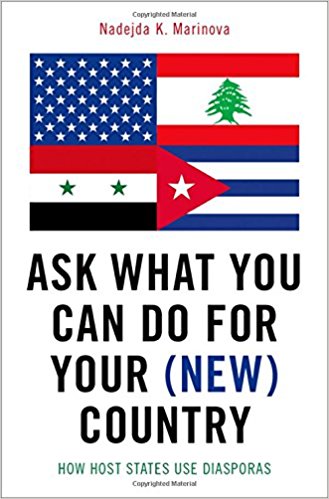 By Nadejda K. Marinova (Author of Ask What You Can Do For Your (New) Country: How Host States Use Diasporas (Oxford University Press, 2017).[1] Informed Comment | – –

On the fifteenth year anniversary of the Iraq war, several things are evident. One is the carnage that the war inflicted, with over 500,000 and by some estimates

1 million Iraqis and 4,486 US service members killed. Another is the destabilization of the region, perpetuated by ISIS’ rise. The US, the UK and their allies went to war on the premise that Saddam had weapons of mass destruction, and that he had cooperated with al-Qaeda. As the 2004 Duelfer report to Congress revealed, there were no WMDs. It had all been fabricated. 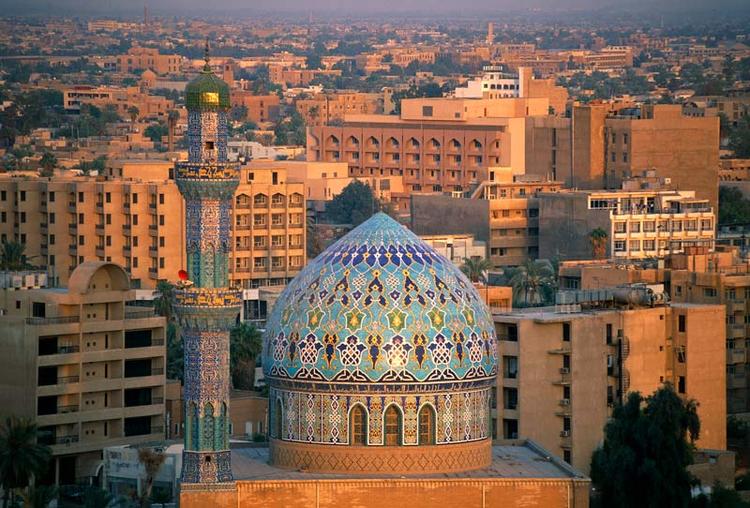 I remember hearing former UN Weapons Inspector in Iraq Scott Ritter speaking in Atlanta in 2002 about the WMDs. “Don’t believe the hype”- he said. “It is not true.”

In looking back, it is worth remembering who sold the WMD lies to the American public. Armed with the support of neo-conservatives in the Bush administration White House, the exile Iraqi National Congress was a leading entity in promoting the Iraq war.

Funded to the tune of over 100 million USD by the US government, the Iraqi National Congress (INC) had been created with US support in 1992, and led by Ahmed Chalabi. It reached the pinnacle of its influence when The New York Times’s Judith Miller broke the “news” of Saddam’s WMD by drawing on information from a meeting with a defector, the intermediary for which had been Chalabi. The Columbia Journalism Review[2] found that between October 2001 and May 2002, there were 108 stories in major US and international outlets that referenced “INC intelligence” and many of those dealt with rallying support for the war.

Not only did the INC broadcast such lies, but it also provided defectors with dubious credentials to supply those lies both to US media and to intelligence agencies, to which the Defense Intelligence Agency proved more receptive than the skeptical CIA. One of the leading defectors supplied by the INC, al Janabi, aka “Curveball,” in 2011 told The Guardian he had lied to German intelligence about bioweapons trucks and factories in Baghdad.[3]

As I argue in my book, in the reverse of the traditional ethnic lobby role, a select subset of émigrés may engage with policymakers to promote a mutually beneficial foreign policy towards the homeland. In addition to this Bush administration-INC case are numerous other examples: the Bush administration, the American Lebanese Coalition and the World Lebanese Cultural Union, on UN Security Council Resolution 1559 regarding Syrian withdrawal from Lebanon; the Reagan Administration and the Cuban -American National Foundation to support its policies against Castro; and the Carter Administration and the Cuban-American Committee to attempt an opening towards Cuba.

However, host states’ utilization of diasporas is not limited to democratic regime settings or to politics. Iranian security, public relations and political objectives were promoted by the Supreme Council for Islamic Revolution in Iraq,[4] established at the behest of Khomeini in 1982 by the government in Tehran and exiled Shi’i clerics. This party (now Islamic Supreme Council of Iraq), and its security arm later turned-political party, the Badr Corps, have continued to wield influence and serve as a conduit for Tehran’s influence, well after their return to Iraq following the 2003 invasion. Finally, the Arab-Brazilian Chamber of Commerce, established in 1952, became prominent during the 1970s military dictatorship in Brazil when approached by the Brazilian government, and continues to be the intermediary for Brazilian exports to the resource-rich Arabian Gulf.

What lessons from these mutually beneficial interactions are relevant today? A key point is that, in those interactions, a group of activists assume the role of spokespersons for the diaspora at large and/or the people, even in the absence of actual support. Although Chalabi confidently spoke on behalf of the 2-4 million strong Iraqi diaspora and 25 million Iraqis, his lack of legitimacy became evident when he failed to win a seat in the December 2005 Iraqi parliamentary elections.

In 2005, before the US Helsinki Commission, invitees Joe Baini and Walid Phares spoke on behalf of the World Lebanese Cultural Union (WLCU), “the sole legitimate representative of the Lebanese diaspora,” endorsing full Syrian withdrawal from Lebanon. Their testimony ignored the other, pro-Syrian WLCU, based in the Ministry of Foreign Affairs in Beirut, which represented diaspora members that supported Amal and Hezbollah.

We should remain wary when a segment of the diaspora becomes “the spokesperson” for the diaspora as a whole. John Bolton, who was appointed Trump’s National Security Adviser in March 2018, and supported the Iraq war, today opposes the Iran nuclear deal. He supports regime change in Tehran and the Iranian exile organization Mujahedin-e-Khalq (MEK), an organization that was sheltered by Saddam, to promote the Iraqi dictator’s interests vis-à-vis Iran. Based in Paris, MEK is headed by Maryam Rajavi, who has met with various Washington policymakers. Bolton has spoken at eight MEK rallies.[5]

Will we see MEK in front of the cameras, speaking on behalf of 80 million Iranians and the Iranian diaspora, telling us that they all support a bombing or invasion, and that it will remake the region for the better?

When Chalabi told us lies sixteen years ago, supported by the White House, many in the public (and in Congress) believed him.[6] Let’s not make the same mistake again. The consequences can wreak havoc, and inflict pain and misery on millions of people that support neither these lies, nor the greed for power and domination that gives rise to them.

Dr. Nadejda K. Marinova is an Assistant Professor of Political Science at Wayne State University in Detroit. Her research interests include diaspora and migration, Middle East politics and foreign policy analysis. She has conducted research in Lebanon and Syria, and is currently writing about how Muslim and Arab-American communities in Metro Detroit have mobilized against Trump’s Muslim ban. She is author most recently of

Ask What You Can Do For Your (New) Country: How Host States Use Diasporas (Oxford University Press, 2017)