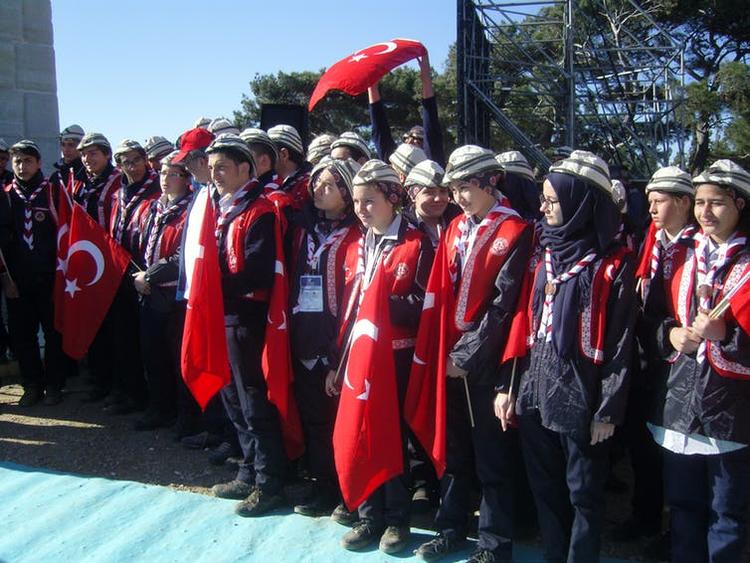 With ongoing political instability and security concerns in Turkey, we are again likely to see a smaller turnout of Australians and New Zealanders for Anzac Day ceremonies at Gallipoli this year. 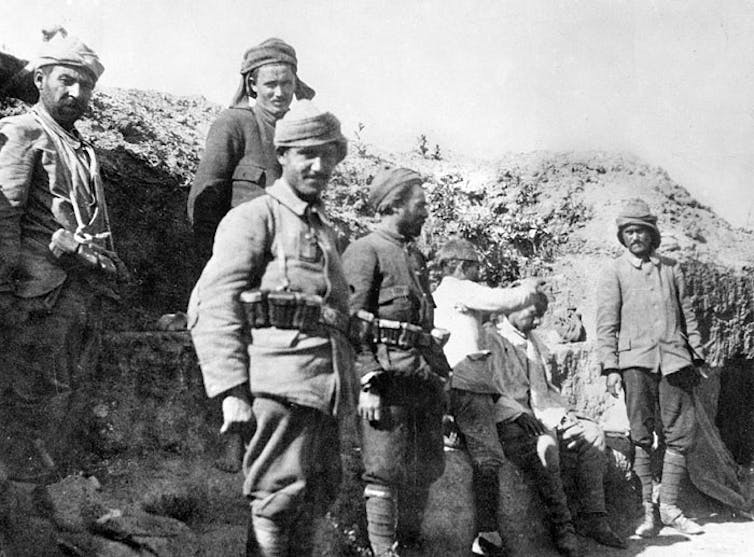 Turkish soldiers in a trench at Gallipoli. The way Turkish youth commemorate the battle tells us much about the country’s politics.
Ausstralian Dept of Veterans Affairs


But thousands of Turkish youth will be on the battlefields at dawn. They will be re-enacting the march by the 57th Regiment to the highlands, where Ottoman troops halted the Anzac advance in 1915.

We undertook fieldwork last Anzac Day on this ritual as part of a proposed larger research project examining how the memory of Gallipoli has become central to tension between Turkish republicans and the ruling Justice and Development Party (AKP). The republicans want to protect and restore the secular pro-Western origins of the republic, while the AKP wants to integrate Islam into the nation’s civil institutions and national imagination.

Nowhere is this memory politics more significant than in this re-enactment ritual, which under AKP rule has been renamed the Loyalty March for the 57th Regiment.

While Islamic influence on remembrance rites at Gallipoli has been growing for more than a decade, its political significance has increased dramatically since the July 2016 attempted coup. This has proved to be a transformative event for Turkish politics and society.

In the last two decades, Turkish interest in the history of the Gallipoli campaign has grown significantly. It was here that the 57th Regiment came to prominence in Turkish collective memory as the military unit led by Lieutenant Colonel Mustafa Kemal, later Atatürk.

As founding father of modern Turkey and hero of the war of independence, Mustafa Kemal pushed the 57th Regiment to the highlands, preventing defeat in the campaign.

The origins of the re-enactment are closely tied to this mythology – it was originally known as the 57th Regiment March in the Track of Atatürk. Local university students first organised the commemoration in 2006, partly in response to the increasing number of Australian and New Zealand youth on the battlefields for Anzac Day. For the 90th anniversary the year before, the Anzac Day pilgrimage reached its zenith, with about 17,000 participants.

The structure adopted for the first 57th Regiment re-enactment largely remains today. It involves an eight-kilometre hike from the regiment’s original base at Bigali village to the highlands of the battlefield. The ritual grew rapidly, with 6,000 participants three years after the first march.

Unsurprisingly, given the march’s popularity, the AKP assumed some control of the re-enactment through the Ministry of Youth and Sports. The government began funding the cost of travel and living expenses for young participants. It also oversees official registration and program co-ordination to cap attendance.

Such oversight allowed for representation of youth from around the country, including a greater percentage of participants from AKP stronghold areas who would otherwise struggle to fund the travel. It is this “pious generation” that the AKP and its leader, Recep Erdoğan, have emphasised as central to AKP’s vision of a new Turkey. 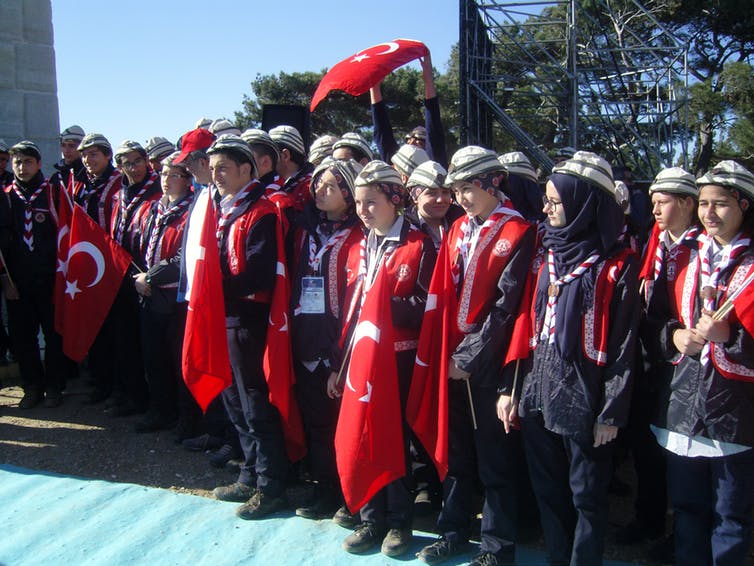 Historical re-enactment is about comprehending and experiencing the past as it relates to the ordinary citizen. This commemorative form has proved particularly significant for AKP memory politics by allowing a focus on the martyrdom of 57th Regiment, which suffered heavy casualties.

By providing competition to the traditional heroic saviour narrative of Atatürk at Gallipoli, the AKP has been able to counter the secular pro-Western principles around which he founded the republic. Mandatory prayer sessions have been added at the beginning and end of the march. This has been justified as simulating the actions of the ordinary men who constituted the unit.

This more egalitarian historical focus, which cultural scholars refer to as memory “from below”, gives religion a place in commemorations of Gallipoli. This can also be seen in the increased recognition of individual martyrs through a focus on firsthand accounts of the religious zeal of Turkish soldiers against an infidel invader of their homeland.

Changes to the memorial landscape on the battlefields have aided this way of telling history while also promoting religious observance at the site. Fallen Turkish soldiers remained in mass graves after the war, a reflection of the stigma of Ottoman history in republican Turkey.

But, since 2005, Turkish authorities have built 11 cemeteries for the fallen soldiers. These have become popular sites for prayer by the 1 million-plus Turkish visitors to the battlefields per year, in large part funded as social tourism by municipalities. Another 15 cemeteries are proposed, with plans for accompanying outdoor mosques.

The AKP has a vested interest in advancing re-enactment as a commemorative form at Gallipoli, as it provides an opportunity for increased religious references and contexts. To ensure the re-enactment remains popular, though, the AKP has retained much of its original carnival-like character. Participants still take “selfies” and engage in jokes, laughter and joyful conversations while walking.

The recreational character of the re-enactment means participants have a range of motivations for their involvement.

Political chants and song, for example, are often recited by small groups. Some of the most common are the songs of the AKP’s political opponents, the Nationalistic Movement Party.

Other participants engage in religious chants such as Allahu akbar (Allah is the greatest) and Tek yol İslam, tek yol şehadet (Only path is Islam, only path is martyrdom).

Arguably the populist nature of the re-enactment legitimises other tourist and unofficial remembrance forms at Gallipoli that work to cap the state’s control over historical interpretation.

The 57th Regiment re-enactment is becoming a popular pilgrimage activity throughout the year. The Republican People’s Party (CHP), for example, had a re-enactment as part of its four-day Justice Congress at Gallipoli in August 2017. The congress was held to highlight violations of the justice system by Erdoğan following the attempted coup.

Like the main April 25 re-enactment, the success and political outcomes of such ritual displays are highly contingent. In the case of the CHP congress, its ability to challenge the AKP’s symbolic alignment with Gallipoli was hampered by photos appearing on social media of congress members drinking alcohol on the battlefields. The images caused a public scandal. A CHP spokesperson admitted:

Such impertinent behavior is completely against the glorious memory of our Gallipoli martyrs.

Whether Australians and New Zealanders will return to Gallipoli en masse for future Anzac Days, and how they will be received if they do, is uncertain. But ritual performances on the battlefields on April 25 are almost certain to remain politically significant in Turkey.