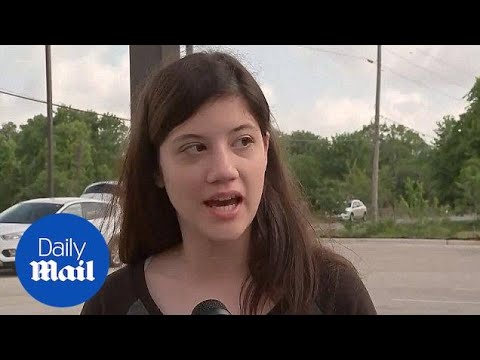 Just to note the irony that a Pakistani exchange student, Sabika Sheikh, was among the (so far) 10 persons killed in the school massacre at Santa Fe, Texas.

Pakistan has seen a stark reduction in deaths from terrorism in recent years. The Global Terrorism Index for 2017 says that “Pakistan also recorded a decrease in the number of people killed by terrorism with a 12 per cent reduction to 956 deaths.” It is back down to 2006 levels, to before the rise of the Pakistani Taliban.

That is, Sabika left a country with increasing security for one where the Republican Party-dominated Texas state legislature has made students and teachers sitting ducks for any wacko with a gun (and all wackos may have guns.) My heart goes out to her family back home.

There are around 17,000 homicides in the US annually, but telling which ones have terrorism as the motive is difficult because the US typically classifies as terrorism only those crimes with international links. Hence, white nationalist domestic terrorism is put in a different category, of hate crime (but isn’t always so classified either.) Hate crimes, including domestic terrorism, are a much bigger problem in American society than foreign-inspired terrorism.

The Pakistani homicide rate is proportionally similar to that of the US. there are over 13,000 murders a year in Pakistan, but it is a country of 193 mn. rather than 325 mn.

So in coming to the US from Pakistan, Sabika did not experience any change in the chance she might be murdered.

Let that sink in. She was no more safe in the US than she was in Pakistan. She was more likely to be killed by terrorists in Pakistan than in the US, but the chances of that happening had been going down.

As it happened, an alleged white terrorist did kill her in Santa Fe, Texas, one who posed with Nazi and other extremist paraphernalia, and followed Trump and gun nut accounts on Instagram.

Americans have a largely unfavorable view of Pakistan, and it worsened after the September 11, 2001, attacks, presumably out of a suspicion that the country was not doing enough to curb Muslim radicals. The Pakistani military ran extremist groups in Kashmir and Afghanistan, though to be fair, Ronald Reagan asked them to support private militias against the Soviets in Afghanistan. Most Americans have complete amnesia about the 1980s, when Pakistan was a key ally in the last years of the Cold War–allied with the US in fighting Soviet-imposed Communist tyranny in Afghanistan, and about the American role in encouraging the Muslim religious Right as a counter ballast to Communism.

Trump has evinced a typical split personality on Pakistan, first calling them just wonderful people, then threatening to sanction their government.

Pakistanis mostly return the lack of a compliment, convinced that the American “war on terror” has put their country in a vise and stirred up a great deal of trouble for them. The Pakistani government is also surprised and outraged that the sacrifice of thousands of its troops in fighting groups like the Tehrik-i Taliban Pakistan (the Pakistani branch of the Taliban, based in the Federally Administered Tribal Areas in the far north of the country) has been disregarded by the US.

When I first arrived in Pakistan in 1981, it was a pleasant developing country of some 70 million that only recently had experienced the twin misfortunes of gaining a brutal Communist neighbor in the form of Karmal Babrak’s Communist Afghanistan and of having been taken over by a military junta, that of Field Marshal Zia ul-Haq, who judicially assassinated his popular left-leaning predecessor, Zulfiqar Ali Bhutto. You could criticize it for being almost feudal and politically oppressive, but not for poor personal security. As with most dictatorships, it was ‘way too safe.

In the course of the 1980s, the CIA poured arms into Pakistan for the Afghan jihadis with whom it was allied, and many of those arms made their way to Pakistani bazaars. I had been in Lebanon in the 1970s and had come to the firm conclusion that when you can buy Kalashnikovs cheaply in the bazaar in the country, then it is about to spiral down into massive civil violence. The US also encouraged the jihadis to grow opium to sell, to help pay for their war on Communism, and the heroin also leaked into Pakistan, producing millions of addicts. Addicts who were willing to commit crimes for their fix.

Chalmers Johnson told these stories in his “Blowback” books, as a former Cold Warrior from whose eyes the scales had fallen. Reagan used up Afghanistan and Pakistan in his jihad against Communism. If he had just left them alone, like Afghanistan would have been today sort of like Uzbekistan. It isn’t paradise but it isn’t the perpetual basket case American Afghanistan has become. And perhaps Pakistan could have evolved as India has.

Instead, the curse of guns has spread both here and there.