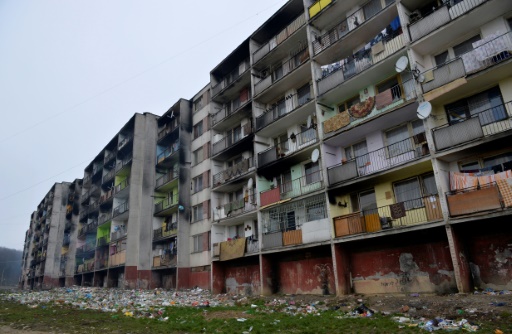 Prague (AFP) – Hostility towards ethnic minorities is contagious and the acceptability of destructive behaviour towards them can easily change depending on how others behave, according to a new study by a Czech-Slovak team.

The study by the CERGE-EI Institute at Prague’s Charles University, the Munich-based Max Planck Institute and the Technical University in Kosice, Slovakia was conducted in eastern Slovakia, a district with a large Roma ethnic minority, in 2013.

Published in the Proceedings of the National Academy of Sciences of the USA in April, the study was based on a game in which the players — 327 school children from the majority ethnic Slovak population aged 13-15 — first received two euros ($2.34) each.

Then they had to decide whether to pay 0.2 euros to reduce their rival’s funds by half — a “destructive” choice — or whether to keep the payoffs unchanged.

Next, in groups of three, they played against potential rivals represented by a list of 20 typical Slovak majority or Roma minority names, with all three players making their choice one after another.

“We tested the hypothesis that susceptibility to follow peers becomes magnified when harm is done to ethnic outgroup members compared with coethnics,” reads the study.

The results were “striking” — the study pointed out a significant influence of peers in decision-making on doing harm to the minority.

If the first child to choose was “peaceful” towards the minority, only 19 percent of the second decision-makers were hostile.

But a total of 77 percent of second decision-makers showed hostility if the first child to choose had been hostile.

Besides, “the participants saw hateful behaviour towards the Roma as more socially acceptable if somebody else treated the Roma with hate,” said Bauer and Chytilova.

Featured Photo: AFP/File / SAMUEL KUBANI. A study looking a Slovak majority and Roma minority names in Kosice, Slovakia, where a Roma community is seen in 2015, found “social norms regulating anti-social behaviour are very fragile if this behaviour is aimed at ethnic minorities.”