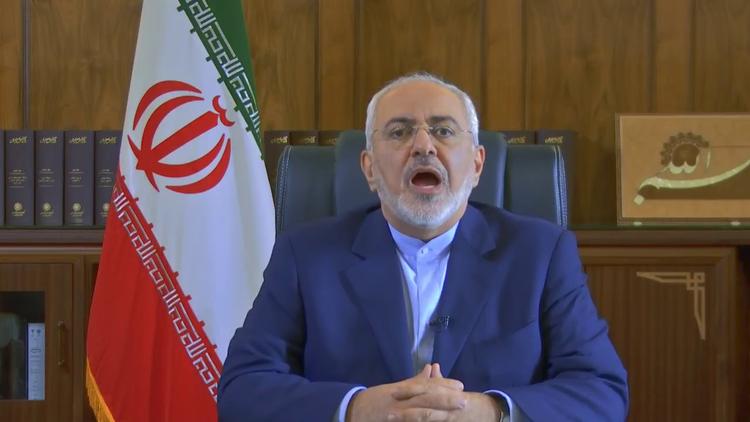 US sanctions on Iran in the Bush and early Obama era had relatively little effect on the country, though they were an annoyance and did impede progress in some areas.

The important thing was the flow of oil, which by 2012 had reached record prices. Iranian petroleum is state owned, so the government is the chief beneficiary of high prices. The US had done little about those oil proceeds. Not letting Iran buy new passenger jets endangered travelers but did not hit the gross domestic product.

What Obama did to get Iran to the bargaining table was to identify 12 Asian oil markets that took most Iranian petroleum and then to go around strong-arming them, with threats of Treasury Department third party sanctions, to buy much less or nothing at all. This tactic had a huge success with South Korea, for instance. At the same time, Obama worked with Saudi Arabia to flood the market with extra Saudi oil to replace for consumers what was being taken away from the Iranian exports.

The US also had Iran kicked off major bank exchanges like that of South Asia, and threatened banks that did transactions for Iran, penalizing the country by making it engage in more expensive barter or in less lucrative soft-money exchanges (e.g. accepting Indian rupees for oil, which Iran then had to spend on Indian goods for its domestic import market.)

The other major help Obama received was that from the middle of 2014 the price of oil collapsed. Suddenly, not only was Iran only exporting 1.5 million barrels a day or so, but it was only getting half as much for it or even less.

As a result, by summer 2015, Iran had given up most of its nuclear enrichment program and accepted intrusive inspections.

I tell this history to raise questions about how successful a new sanctions push by Trump can be. Here are the negatives it will face:

1. Russia and China will completely reject new sanctions and will seek ways of trading with Iran that avoid US Treasury Department third party sanctions. The two of them are a pretty big market for Iran, and China is for now thirsty for petroleum (its automobiles are going electric but that will take a decade or more). Russia deeply resents Washington’s sanctions regime, from which its big businessmen suffer, and will delight in taking steps to weaken its effectiveness. China won’t be in a cooperative mood after Trump slapped big tariffs on its goods.

2. Iran had faced difficulties under severe sanctions in getting insurance for its tankers. In the absence of UNSC sanctions, non-US insurers may not feel the same pressure to avoid Iran.

3. Some firms in Europe without a lot of US business will be tempted to do transactions with Iran in Euros and to avoid US banks so as to make money despite the Office of Foreign Asset Control’s baleful glare.

4. Countries like India are very unlikely to yield to pressure to avoid Iranian petroleum if the US Congress is the only one demanding sanctions and there are none at the level of the UN Security Council. India is currently Iran’s second largest buyer of its petroleum and some 7% of Iranian imports come from India. India is also building the Chabahar Port to give it a toehold in the Gulf and access to Central Asian and Eurasian markets, in competition with China’s proposed Gwadar port in Pakistan. India will be reluctant to stand down from this attempt to compete with China in these areas, which would be seen as a big victory for Pakistan as well.

5. Saudi Arabia and Russia have decided for now to seek $70 a barrel oil, which benefits Iran. Saudi Arabia has been hurt by years of low prices and has big economic plans. It can’t afford to flood the market again just to hurt Iran, risking driving down prices for itself as well.

6. Trump is widely and deeply disliked and will have difficulty getting the voluntary cooperation of most traditional US allies in putting Iran under severe sanctions again.

7. Since Iran already did a deal, and US sanctions were nevertheless not lifted, and then the US trashed the deal it had negotiated, there is no incentive for Iran to go back to the bargaining table and there are lots of reasons not to.

8. There is also the question of what a new round of sanctions is supposed to achieve. Iran has already given up everything in the nuclear file it could possibly give up short of executing all its scientists and engineers so as to wipe out nuclear know-how as well. If the pressure is intended to stop the Iranian development of ballistic missiles for which it has nothing to put in the warheads, or to try to get Iran back out of Syria, those are goals for which mere US sanctions are probably insufficient.

The US will face enormous skepticism from allies, since they harmed themselves economically to get the 2015 deal and now will be told that wasn’t good enough and they have to do it all over again.

One caveat, which is that if Iran ramped up its nuclear enrichment program out of pique, it could drive the Europeans to put sanctions back on it. If Tehran is smart it will work to divide Western Europe from Trump by offering European firms sweetheart deals, even as it continues to observe the JCPOA deal to reassure Europe’s capitals.