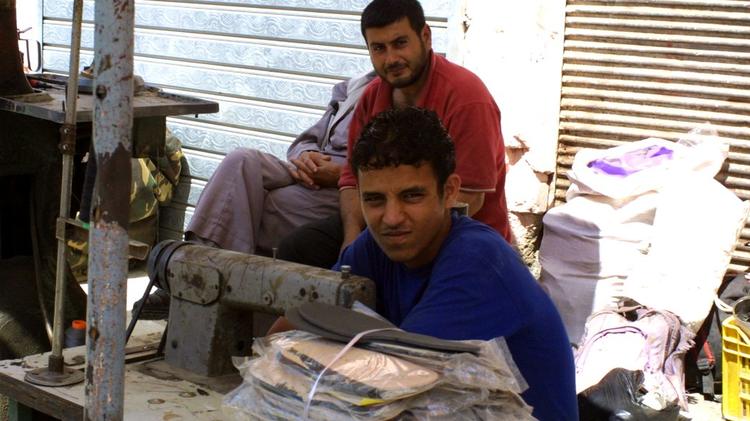 San Francisco (The Progressive) – On my most recent reporting trip to Gaza, I stayed with a family living just a short walk from the Israeli border. At dusk we watched a beautiful sunset over the Mediterranean and could forget the ongoing conflict for just a few minutes.

Living conditions for the family have gotten much worse since my visit. They have electricity four hours a day, medicine is in short supply, and they have to get all their water delivered by truck. Overall unemployment in Gaza is 27 percent, with youth unemployment at a staggering 60 percent, according to the World Bank.

That high unemployment presents the biggest problem, said one of my hosts, family member Jihad Mosalami, an English professor. “People can’t survive,” he told me in a phone interview.

It didn’t matter to Israel Defense Forces soldiers, who shot tear gas and live ammunition at the gathering Palestinians.

From March 30 to May 15, Israeli security forces killed over 100 Palestinians and wounded more than 10,000, according to the Palestinian health officials. No Israeli soldiers were killed or even seriously injured during this same period.

Palestinians organized the “Great March of Return,” to protest the Israeli military blockade of Gaza. Israeli soldiers control all food, medicine, building supplies, and other goods that enter or exit Gaza. The Israeli military frequently holds up essential goods to pressure Hamas, the ruling party of the Palestinian enclave.

Israeli authorities claimed they were protecting their border from hordes of Palestinians, some armed, intent on crashing through the fence. In reality, no one got though the double fence or the large “no man’s land” buffer zone created by Israel. The soldiers shot civilians to intimidate them—not out of self-defense.

But these tactics backfired. Palestinians won the political battle by gaining renewed sympathy for their struggle around the world.

A young generation of Palestinians discovered they can make a difference, not least of which is bringing global attention to their cause.

The young generation of Palestinians discovered they “can make a difference, not least of which is bringing global attention to their cause,” Brian Barber told me. He’s professor emeritus at the University of Tennessee and a senior fellow at the Institute for Palestine Studies in Washington D.C. The protests gave young Palestinians “their first taste of vibrant collective action … as their parents had with the first intifada.”

Why would young people risk their lives to protest the occupation? Let’s take a look at some of the underlying political issues.

What’s the Right of Return?

Sixty-eight percent of people living in Gaza are registered with the U.N. as refugees, either expelled from Israel in 1948 or their descendants. I’ve interviewed Palestinians who still have the keys to their 1948 houses. Under international law, these refugees have the right to return to their towns and villages, according to James Zogby, president of the Arab American Institute.

I’ve interviewed Palestinians who still have the keys to their 1948 houses.

There are 5 million Palestinians worldwide. As a practical matter, many would not want to return to Israel. Their homes and villages may no longer exist. And many Palestinians “don’t want to live as a minority in Israel,” Zogby told me.

But Palestinians won’t make any compromises on such a critical issue except in the context of an overall peace settlement. (As of press time, neither the United States nor Israel have shown any interest in peace talks.)

One state or two?

For many years the left and progressives supported the concept of one state in which all Palestinians would be free to return to Israel as equal citizens. The democratic state would champion one person, one vote with no discrimination based on ethnicity or religion.

Eighty-one percent of Israeli Jews reject the idea of a one-state solution, according to a 2017 poll, because the return of millions of Palestinians would eliminate Israel as a Jewish state. The one-state plan has little support even among progressive Israelis opposed to the occupation of the West Bank and Gaza.

By the 1980s, the Palestine Liberation Organization began to propose a two-state solution in which the Palestinians and Israelis would have their own states living in peace. Negotiations would determine borders based on Israel’s pre-1967 territory. Different parts of Jerusalem could serve as capitals for both countries. The two-state solution served as the basis for the 1993 Oslo peace accord.

In March a Palestinian poll showed 48 percent of Palestinians in the West Bank and Gaza supported two states and 50 percent opposed. But only 28 percent supported one state.

“I’m not an activist or politician,” said my friend Mosalami, “but I do believe the majority of Palestinians will accept two states. It’s the practical solution.”

Actually, Hamas is willing to accept the two-state solution. Soon after Hamas won the 2006 Palestinian Authority parliamentary elections, its leaders faced reality. Having one state was not possible and most Palestinians favored two states.

“We accepted that our state should be on the 1967 borders, but Israel rejected that,” then top Hamas leader Khaled Meshal told me. He confirmed that position with former President Jimmy Carter. I re-confirmed that view with two different Hamas ministers during a 2011 trip to Gaza.

Hamas doesn’t emphasize that position because there are no peace talks on the horizon. Hamas leaders want Israel or the United States to put forward a viable two-state option, and then it will respond.

But isn’t Hamas a terrorist organization? How could Israel trust them in negotiations?

Hamas is a political party with an armed militia that functions as Gaza’s security force. It considers itself a national liberation movement fighting occupation forces through armed struggle. Hamas has intentionally killed civilians, including bombing buses and restaurants.

Using terrorist tactics, however, does not make one a terrorist organization. Jewish militias fighting the British and Arabs in 1948 and 1949 used terrorist tactics. They murdered and tortured Arabs in the village of Deir Yassin, forcing residents to flee. They blew up the King David Hotel, killing over ninety Jews, Arabs, and British soldiers.

Some of the Jewish militia tactics parallel recent events in Gaza. Yuri Avnery, today one of the Israel’s major peace movement leaders, described how he participated in a 1948 Tel Aviv march organized by the Irgun, a militia later incorporated into the IDF.

Civilian Irgun youth marched down a street “where the offices of the British administration were located,” Avnery wrote. “There we sang the national anthem, ‘Hatikvah’, while some adult members set fire to the offices.”

I oppose the use of terrorism whatever the justification. But Hamas is fundamentally different from Al Qaeda or the Islamic State, who use terror to ethnically cleanse groups they oppose—Christians, Jews, Shia Muslims, and others. Those organizations refuse to participate in elections and use religion as the excuse to give themselves absolute power.

Hamas promotes a conservative religious agenda but it is not the Islamic State. I would not vote for Hamas if I lived in Palestine. But Hamas is a legitimate party whose views are part of the Middle East political reality.

Labeling Hamas a terrorist organization gives Israel, and the United States, an excuse to never hold peace talks. The Israeli government labelled the Palestine Liberation Organization terrorists until Israel agreed to the Oslo peace talks. Then they became peace partners.

Should Israeli leaders trust Hamas? No. And Palestinian leaders shouldn’t trust the Israeli government. But there is a common need to begin serious discussions to establish a viable Palestinian state. Each side can advance partial measures and verify their implementation before moving ahead.

My Gaza friend Jihad Mosalami said, “They have to negotiate and reach a deal. People in Gaza want a decent life.”

He acknowledged that the current leadership in Washington and Tel Aviv won’t start talks anytime soon.

“We won’t have war forever,” he said with just a hint of optimism. “The war will end and there can be peace.”

Reprinted from The Progressive with the author’s permission.