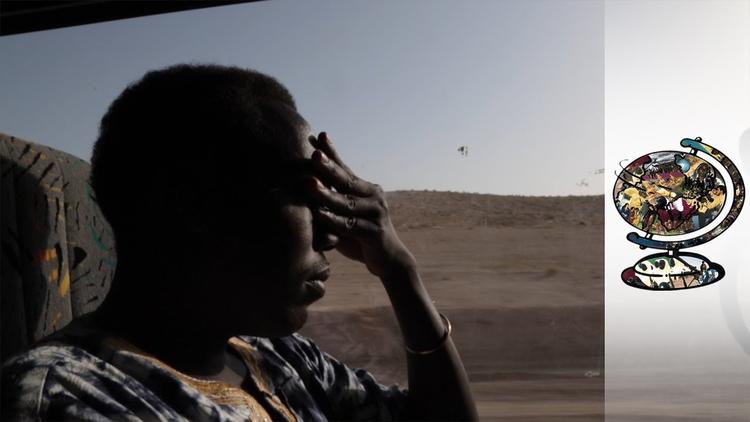 This past November, Israel announced that it had arranged to relocate 38,000 Eritrean and Sudanese refugee claimants to an African nation — widely rumoured to be Rwanda and perhaps Uganda. The internment camp at Holo[t] would be closed.

Israel claims that the vast majority are illegal migrants or, as Prime Minister Benjamin Netanyahu calls them, “infiltrators.” T’ruah, an Israeli human rights NGO, claims the opposite — that they have mostly fled oppression (Sudan) and forced military service (Eritrea) for a safe haven in Israel.

Most of the Sudanese and Eritreans live in Israel without access to health benefits or a legal right to work, though most were employed in the underground economy, usually in hotels and restaurants. In 2016, the Israeli government introduced a 20 per cent withholding tax on their wages.

As one of the first countries to ratify the Refugee Convention in 1954, Israel agrees not to reject refugees if they have a legitimate fear of persecution.

Yet the Israeli government initiated efforts to deport these refugee claimants that had arrived in Israel without a refugee hearing. The government gave the “illegals” 90 days to leave voluntarily with a grant of US$3,500 or face forceful deportation. A minority of Israelis reacted by initiating a sanctuary movement as well as one of civil disobedience and non-cooperation with Israeli expulsion efforts; a group of pilots announced that they would not fly the refugee claimants back to Africa.

At the end of January 2018, Netanyahu and Rwandan President Paul Kagame met in Davos. It was rumoured that they agreed to transfer thousands of Eritrean and Sudanese asylum-seekers from Israel to Rwanda.

Though some claimants took up the offer, most refused to relocate. When stories of the Israeli-Rwandan deal surfaced, Rwanda was embarrassed by the alleged agreement and the reported acceptance of resettlement costs. Both Rwanda and Uganda denied that they had signed any agreement.

A stop order on deportations

The Tel Aviv University Clinic for Refugee Rights filed a case with a special Jerusalem appeals court for refugee issues that ruled that flight from service in the Eritrean army was a justified ground for claiming refugee status, even though British and Danish courts had ruled that it was not.

A stop order was placed on the deportations. In response, the Israeli government requested, and was granted, an extension in the case of asylum-seekers from Sudan.

The High Court of Justice endorsed granting male migrants of working age a “choice” of either deportation with the $3,500 grant or internment in Israel.

In the diaspora, many Jews mobilized to help the refugee claimants. They lobbied the Israeli government to drop the policy and they negotiated with their own governments to at least take some of the refugees.

The effort was successful in Canada, strongly influenced by a brief by former justice minister Irwin Cotler. Both the private sector and the Canadian government agreed to sponsor refugees and 2,000 refugees will be resettled in Canada in 2018.

In the early 2000s, Sudanese fled to Egypt as refugees. By 2005, 30,000 had registered for asylum status there, but there were tens of thousands more in the country who had not been registered. But the Sudanese were still treated as foreigners with no rights to stay.

The United Nations Refugees Agency (UNHCR) was unsuccessful in mediating the dispute in which Sudanese refugee claimants were protesting the dire social and economic problems they faced in Egypt and the insecurity of their status. Overwhelmingly, the Sudanese were unwilling to return to Sudan given that they faced a worse and more dangerous situation there.

The Egyptian government turned on the refugees, using water cannons and batons. In December 2005, thousands of riot police attacked the refugees to end the protest in the camp and killed at least 20, including seven children. Egyptian human rights and refugee organizations claimed the total was much higher and that more than 100 were killed.

The Eritreans have a slightly different history. They are not fleeing ethnic cleansing and possible genocide, as the Sudanese did from Darfur, but an oppressive regime that made military service compulsory and indefinite following the 1998-2000 war with Ethiopia.

Deserters were treated harshly and subjected to indefinite prison terms. Those who fled initially made their way to Sudan and then to Libya. In Libya, they were mistreated and enslaved. By 2006, they had shifted to Egypt, but they were subjected to the same conditions as the Sudanese. Soon both the Eritreans and the Sudanese headed for Israel in the belief that this nearby democratic country would treat them better.

However, thousands of Eritreans and Sudanese managed to reach Israel. Contrary to some claims, there was no necessity that Egypt, as the first country in which they arrived, had the obligation to process them as refugee claimants or that Israel had the right to send them back to the country of first asylum to have the claims processed in Egypt. The first country rule is a European Union edict and not part of international law.

Israel responded by building an impenetrable border fence and detention facilities. In processing the claims, only four Sudanese and 10 Eritreans were granted refugee status or .01 per cent of Eritrean claimants compared to a success rate in Canada of 85 to 90 per cent.

In a totally surprising move, an agreement was announced recently between the Israeli government and the United Nations Refugee Agency. The UNHCR will arrange for the resettlement of 16,000 refugee claimants to other countries over five years while Israel agreed to allow an equivalent number to remain with resident permits.

Netanyahu said that he would now scrap the controversial plan to deport the Eritrean and Sudanese asylum seekers given the new unprecedented understanding with the UN.

Within a few hours, in the face of a backlash from his base, Netanyahu reversed course, first suspending the UN agreement and then cancelling it. Even more oddly, seemingly out of nowhere, Netanyahu blamed the NGO the New Israel Fund (NIF) for sabotaging the deal, but no explanation accompanied the charge.

The following day, Netanyahu, in an unprecedented move in Israel, claimed that NIF had put pressure on Rwanda to withdraw from the deal, but offered no evidence. NIF insists that it has been totally transparent and did not do what Netanyahu claimed.

All this leaves Israel in a far worse position. First, Netanyahu’s attack on NIF resulted in an enormous swelling of support for NIF and for the refugee claimants. The support came both from Israel and abroad.

Meanwhile, the debate continues in Israel with those opposed to the refugee claimants accusing them of being illegal migrant workers and infiltrators who, in Israel, undermine Israeli social life. The defenders of the claimants insist that the vast majority are fleeing oppression and, in Eritrea, endless forced military service.

Debating the identity of Israel

Aside from the debate over the refugee claims process, Israel introduced another dimension, its long continuing war with Arab states. Israel claims the need both to preserve its Jewish character as well as preventing Muslims from entering Israel and undermining the ethnic balance.

For many Israelis and Jews of the diaspora, the government’s tough measures towards asylum seekers ignore a long Jewish tradition, for many, the essence of the Jewish character, to helping those in need.

In the face of all of Prime Minister Benjamin Netanyahu’s past capitulations, it was the most disgraceful, the most transparent. In comparison to all his reversals, it was the quickest, the most humiliating. The man had already taught us a chapter on zigzags and back-and-forths – in the story of the Western Wall egalitarian prayer space and the metal detectors at the Temple Mount, for example – but this time he outdid himself, in both speed and flexibility. A contortionist could only dream of having such a liquid backbone.

However, the result, though embarrassing to the government and especially Netanyahu that finds himself boxed in, still leaves the so-called illegals without security or a clear road to the future.

Howard Adelman is a Professor Emeritus of Philosophy at York University, in Ontario, Canada and contributor to The Conversation